Pakistan’s Continued Grey Status: Things To Get More Difficult For Pakistan With Its Three Decades Of Terrorist Baggage

IT seems Pakistan is in quite a pickle. Recently, Pakistan’s Federal Investigation Agency released a list of no less than 1,210 ‘most wanted’ persons, which essentially means those who have managed to evade arrest. For India, the interest in the list is that it does include the names of 19 accused in the 26/11 Mumbai terror attack case, and what it does not — the major perpetrators of the attack. The list, however, is of interest in itself, and also merits scrutiny in terms of Pakistan’s continued ‘grey’ status in terms of various clauses of the Financial Action Task Force ( FATF) and the adventurous Pakistani state itself. 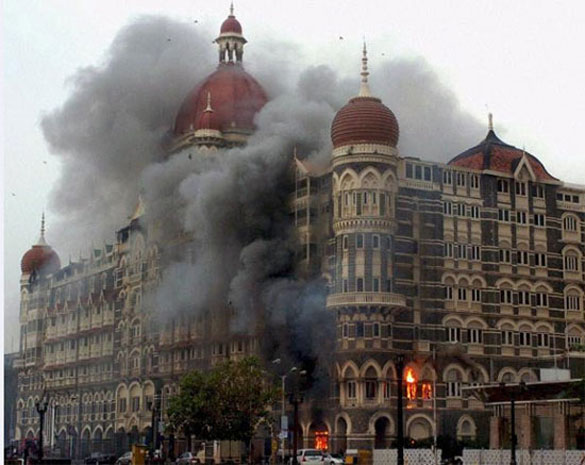 First is the question of the names of those who plotted the Mumbai attacks, which includes Amjad Khan, who purchased the boat and its engine which was used for the attack, the ‘Tandel’ (captain) of the boat, and other sundry names who donated money, essentially the small fry whose names have been widely publicised in independent analysis, from non-Indian sources. All of the 19 are referred to as ‘ex-Lashkar-e-Taiba’ members, which is meant to reference the ostensible ban on the group. That would be laughable if its wasn’t so dangerous. Needless to add, the Lashkar or the Jamaat-ud-Dawa and its various arms continue to operate. New Delhi’s rejection of the list arises from the fact that nowhere does it mention top Lashkar commanders like the elusive Sajid Mir, who persuaded US citizen David Headley to work for him, or Yusuf Muzzamil, who is also an accused in the 2006 train blasts as well as 26/11. The fact that some names have been mentioned at all is, however, probably due to the fact that Islamabad has the Financial Action Task Force (FATF) on its case, with its October 2020 report continuing to urge Pakistan to fulfil all recommendations.

The second part of the list names those from within Pakistan. Unsurprisingly, the largest number are from Khyber Pakhtunkhwa, where the army has been engaged in ‘operations’ against those whom they call terrorists from 2007. Those operations have included the burning down of houses, lifting and then killing of young men, and the dreaded raids in the night. These ‘counter terrorism’ operations led directly to the Pashtun Tahaffuz movement, the largest and most peaceful resistance movement that Pakistan has seen in years. Next on the list are those from Baluchistan where the problem of ‘enforced disappearances’, a curious term that also refers to the same rampant human rights abuse, but with the difference that this one has been going on for decades. The least number of terrorists listed are from Punjab, the heartland of Pakistan. Yet it is here that the Lashkar has its home, as well as the Jaish-e-Mohammad. The ‘Punjabi Taliban’ refers to those who are fighting in Afghanistan, whilst cadres from the state have been found across the world from the US to China, including most recently the Paris knife attacks. That was Ali Hassan, whose father congratulated him for having the ‘heart of a lion’.

The district is home to Tehreek-e-Labbaik (TeL), a group that violently opposes blasphemy, and which challenged Nawaz Sharif in his bastion during the 2018 elections. The TeL and others like it managed only 10 per cent of the vote, but they split the vote for Sharif in a move widely seen as backed by the Pakistani intelligence. That, in the end, is the key. Just who is a ‘terrorist’ is decided by the Pakistani establishment, with some groups being used to politically backstab the elected government; others are being used to train terrorists that hit neighbours, including Afghanistan, Iran and India, and yet others being churned out, with the world at large the target.

This list is, therefore, largely about one thing and one thing only. This is Pakistan, being dragged step by reluctant step into actions it doesn’t want to take, even as it continues to not just shelter, but encourage core terrorist elements.

But times are changing. Pakistan has long deceived and manipulated its way using terrorism as a currency for barter, with friends and neighbours alike. But, once the Joe Biden administration takes up the Oval office, Islamabad will find no takers for its terrorist baggage. Biden has dealt with Pakistan in the past, partnering the tabling of the Enhanced Partnership Act in 2008 that provided generous aid, but also required that the President certify that the Pakistani army was “not materially interfering in Pakistan’s political or judicial processes.”

List or no list, things are likely to get more difficult for this state with its three decades of terrorist baggage.