Taliban Fatwa on Terrorism That Needs To Be Refuted: Circumstances In Which The Slaughter Of Common People Among The Infidels Is Justified - Part 4 - Shariah Proposes Retribution

In view of this urgent need New Age Islam is reproducing an article from the Taliban mouthpiece Nawa-e-Afghan Jihad (July 2012). This is the 4th part of a continuing article in this monthly magazine explaining why Wahhabis believe that killing innocent civilians – men, women and children - among infidels (all non-Wahhabi Muslims, ex-Muslims and non-Muslims including ahl-e-Kitab) is permitted in their version of Islam. It is imperative for all mainstream Muslims to realize the real, murderous nature of Talibanism, and unequivocally denounce this ideology on the basis of Quran and Sunnah for the sake of world peace as much as for preserving the good name of Islam. Those Wahhabis who do not subscribe to these extremist ideas generated by the founder of this sect, Mohammad ibn-Abdul Wahhab and his ideological mentor Ibn-e-Taimiyya should disassociate themselves with the sect completely. If you are Wahhabi not because you appreciate the intolerance and extremism of this ideology but simply because you abhor visiting Sufi shrines and showing respect to the Sufi saints, you must understand that you don’t have to be a Wahhabi to abstain from vesting shrines. There are many non-sectarian Muslims or even Muslims belonging to other sects who do not visit shrines but are also not Wahhabis. You don’t have to be a Wahhabi or Salafi to be a muwahhid. – Sultan Shahin, Editor, New Age Islam 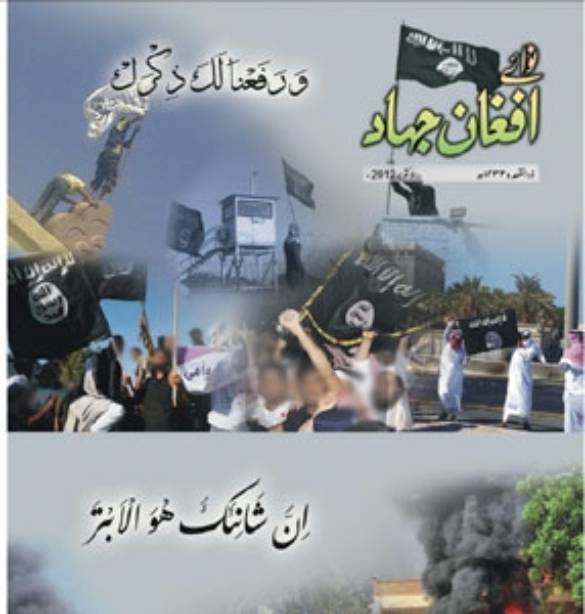 Today it is observed that the US is killing innocent Muslim youth, women and the elderly people. They have laid siege to Iraq for a long time as a result of which only common Muslims are being killed. When the US and its allies carried out air strikes in Iraq, they could not inflict much damage to the Iraqi government but caused enormous loss to the Muslims. They were killed in millions. So if the Muslims carry out maslah against the Americans, it would be justified for them to kill millions of Americans.

During the Gulf War, the US had killed five thousand Muslims in a refugee camp in Aamiriyya area of Baghdad with a single missile.

Therefore, the attacks carried out in America are only a repayment of the debts incurred by them by inflicting deep wounds on Muslims in the camp of Aamiriyya. The debts incurred by them by imposing sanctions that caused the loss of 12 million Muslims lives in Iraq is still due on them. The US oppression on the Iraqi people continues unabated. This is also a truth that the use of destructive weapons by the Americans has caused such damage and havoc there that the uranium laced dust and soot has caused diseases to the millions of people hitherto unknown in the country. The most dangerous disease of them is blood cancer. During these years, one million innocent children died because of the sanctions. Undoubtedly, the destruction wreaked by the auspicious attacks of 9/11is far less than the devastation caused by the US in Iraq.

Furthermore, if the sanctions imposed by the US on Afghanistan are taken into account the situation will appear more horrible. The number of victims of these sanctions is more than Seventy thousand. As for the epidemics, diseases and poverty, 95% of the Muslims in Afghanistan suffer from them and the US is at the root of all this. An avalanche of missiles was unleashed on Afghanistan by America but we did not find a single person condemning it. As a result this war rendered about 5 million people homeless, 2 lakh and 60 thousand were martyred, one lakh and 86 thousand were injured and one lakh and 61 thousand were maimed. The siege of our Palestinian brethren is on with the support of the US itself for the last ten months. The US entered Somalia on the pretext of human sympathy whereas the real motive was to unleash bloodshed on earth. Therefore, they killed and burnt 13 thousand Muslims. American soldiers violated Muslim women there. The US dumped its nuclear waste in Somalia that has caused various fatal diseases to the Muslims there.

The US has imposed sanctions on Sudan that has been going on for years. They attacked the residents of Khartoum with missiles with an intention of killing them. To provide justification for these attacks, it claimed that it housed chemical weapons. If that was true, the chemical gases would leak due to these attacks and would kill the entire population of Khartoum. The US is still by the side of the Christians in the Southern Sudan and fomenting the war causing damage to the Muslims and their economy.

All this is an account of the problems faced by the Muslims due to the overt and covert interference of the US in the Muslim countries in order to cause bloodshed and kill innocent people. Besides this, America is behind whatever is happening in Philippines, Indonesia, Kashmir, Macedonia and Bosnia. Therefore, it would be very apt for any Muslims to say that the hand of the US is behind all the trials and tribulations the Muslims are going through. The US only cares for its own interests even if it is at the cost of killing the entire humanity.

Since the US dominance over the world (the period covers half a century) thousands of millions have died. In this situation how can it be expected that it will stick to its principles and stop the injustices meted out to Muslims.

No doubt that the Islamic Shariah is flawless. It proposes qasas (retribution) for those who unleash bloodshed and transgress. On the one hand, the US has been massacring the Muslims and on the other it is simply not possible for the Muslims to punish the US for their crimes because the US does not attack from the front but attacks or lays siege remotely. The appropriate treatment for such Satans is that they should be attacked in the same way as they attack Muslims.

How can the US then be allowed to kill our children and women and attack at its will while the Muslims are told that retaliatory action against the US is haram for them? Of course, the person who says this is either a boor or tries to support America by openly criticizing Muslims so that it kills and renders homeless more Muslims. Under the rule of retribution (maslah) we will inflict the same destruction on the US as it has done on us.

The US killed millions of Iraqi Muslims with its lethal weapons and oppressive sanctions on the pretext of Saddam and his Ba’ath Party. It imposed sanctions on Afghans for the crime of sheltering Sheikh Osama bin Laden  and attacked them with missiles killing tens of thousands of Muslims. Claiming to destroy an imaginary chemical weapons factory, the US destroyed a medicine factory in Sudan injuring many Muslims.

Why do the sidekicks of America become furious over this situation when we punish them in return? Is it not the same America who accuses anyone it wishes of being a terrorist or an accomplice of a terrorist and then attacks and kills innocent people without showing any remorse?

There is no room for doubt in that the killing of American women, children and the elderly people and other non-combatants is permissible (by Shariah), rather it is one of the categories of jihad God and his prophet (PBUH) have ordered. God says,

And he further says,

“And if you punish (your enemy, O you believers in the Oneness of Allah), then punish them with the like of that with which you were afflicted. But if you endure patiently, verily, it is better for As-Sabirin” (Al Nahl: 126)

But the Muslims are strict followers of Shariah in all circumstances. Therefore, under no circumstances it is permissible and appropriate for them to kill more than 4 million non combatant Americans and render more than ten million Americans homeless. If they do so they will be among those who transgress in the act of maslah.