The terror of the Islamic State (IS) is hardly unheard of in any corner of the world. The tales of their manslaughter are enough to send a chill through bones. A reminder of the barbaric nature of the militant group that elevated it to global notoriety over the past two decades. While the Middle-East; Syria and Iraq more specifically, primarily suffered the carnage, the regional countries were not spared of the nightmare. Pakistan serves as a prime example of the chronic terror and ideology of IS that still continues to wage war-like frenzy. Pakistan continues to fight against the offshoot of the Islamic State, under the banner of ‘Daesh’ that has wreaked havoc in the past years: a spree of the inhuman massacre that has all but surpassed the gruelling era of Taliban in the north-east Pakistan. However, despite of numerous examples of the spreading influence of IS all over Middle-East and Asia, none compares to a singular fragment that started off on a similar timeline when IS loomed the State of Libya. The Nigerian-niched group, notoriously known as ‘Boko Haram’, gripped the county in a vise quite similar to IS in Syria. Though while the Islamic State relinquished over the recent years, Boko Haram still grips the roots of Northern Africa, stretching over a decade of chaos. 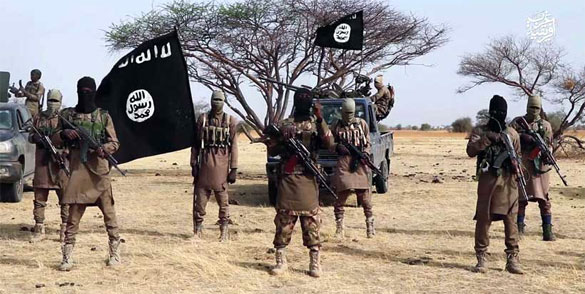 Nigeria is arguably the most famous African country in the world. Serving as the parental root of the black diaspora around the globe, Nigeria also stands as the most populous country of the continent while also enjoying the technologically advanced industries like none other in the North African region. What a layman might deem as success and a progressive trajectory, however, was not regarded as such by a particular stratum of the Nigerian society. Early 2000’s marked the birth of Jama’at Ahl as-Sunnah lid-Da’wah, more commonly known as ‘Boko Haram’ ~‘Western Teachings are Forbidden’. A charismatic religious speaker, Muhammad Yusuf, founded the group in 2002 as an academic institution to preach the teachings of Islam though his perspective. He set up his teaching complex in Maiduguri, Borno; a far north-east state of Nigeria. Yusuf’s ideology paced like wildfire, spewing hatred against the western teachings, degrading the culture and accusing the Nigerian government of beingun-Islamic, corrupt and under the influence of the western countries. His hatred pulsated in all circles of Nigeria regardless of age, gender or the socio-economic standing.

Boko Haram steadily picked up the trackage to their eventual eruption in July 2009. The group, still nascent, launched a floundering uprising against the government of Umaru Musa Yar’Adua. The Nigerian military crushed the upheaval with a severe crackdown; the retaliation killing over and above 800 supporters of Boko Haram. The survivors, including the founder Muhammad Yusuf, were immediately taken into custody to avoid further furore. The victory over the group was nailed to the head when Yusuf died in police custody, presumably diffusing Boko Haram. However, the dismantled group was just the beginning of the most blood-stained decade of the Nigerian History.

The Nigerian regime celebrated the victory over Boko Haram yet the reverie was short-lived. Just a year following the death of Yusuf, one of his Lieutenants known by the name of ‘Abu-Bakr Shekau’ claimed to be the new leader of Boko Haram and was pledged allegiance by the followers. The group rampaged the streets of Nigeria under the newfound leadership of Shekau, murdering anyone who dared to counter their modus operandi. The victims of their blood-thirst ranged from religious clerics; regardless of their religious affiliation, to police officers to politicians. Boko Haram pervaded from its initial roots in Borno towards northern and central Nigeria, launching bombings and suicide attacks on churches, mosques, police stations and transit circuits. The attack that compelled global attention to the group’s escalation was the car bomb blast in the compound of the UN headquarters in the Nigerian capital of Abuja back in 2011. The attack accounted to 23 fatalities along with dozens severely injured.

In 2013, the United States marked Boko Haram as a recognised global terrorist group, projecting a fear of the group’s ultimate transition to the likes of Al-Qaeda. The bad omen proved right as Boko Haram continued its bloodletting over the following years to completely hold the reigns of Borno. By 2015, Boko Haram stood as the only militant group to have stirred such a mass butchery in Africa, adding a tally of 11,000 murdered in the regions of Bama, Gwoza and Chibok while simultaneously spreading wings beyond the Nigerian borders in the neighbouring Chad, Niger and Cameroon. Boko Haram established their capital in Gwoza as their spread over Northern Africa eerily reminisced the spread of the Islamic State over Syria and Iraq.

Boko Haram shook the world again in 2014 when they invaded the girls’ school in Chibok, kidnapping over 200 girls with the intention of Marriage and settlement. In spite of the global outrage and western pressure for the release of the abducted girls, to date over 100 girls remain under captivity with no trace or hope of return. The hapless state of the country and plummeting power of the Nigerian military is evident by the fact that while the regime successfully regained the capital of Gwoza, Boko Haram continues to flow through Nigeria and advances in its strategies and technology, imminent enough to thrum the military in years to come.

The worst fears of both the western world and the Nigerian government came about in 2016 when the Islamic State announced its budding alliance with Boko Haram. The group eventually split, one part still under the leadership of Shekau while the other going by the name of Islamic State of West Africa Province (ISWAP) under the leadership of the Abu Musab al-Barnawi, rumoured son of the late founder of Boko Haram. However, despite of the split, the groups have maintained ties in strategic coordination that has completely sabotaged the defence of the Nigerian army.

Boko haram has repeatedly claimed, in the words of Abu-Bakr Shekau: “We are an Islamic Caliphate and have nothing to do with Nigeria”. Evident from the tone and context that the group has gained enough power and network over the past decade to have a fearless tenor to their violence. Boko Haram has killed more than 30,000 people in its decade-long slaughter and has been the root cause of over 2 million Nigerians being displaced and diffused to neighbouring counties to seek asylum from the terror-spewing dominance of Boko Haram. The bifurcated groups operate more than 9000terrorist cells all over the Nigerian terrain while holding over 1000 natives as captives. Despite of the repeated warnings, Islamic State has found another base in the form of ISWAP after its throttling defeat ad annihilation in the Middle-East. Boko Haram with its terror-paved ideals and sophisticated networks has laid a plush carpet for IS to lay its foundations in Africa and start afresh. Now as ISWAP and Boko Haram gain more footing in the region, military failures allowing more room of expansion and government dilemmas putting a damper on foreign support, a sinister possibility is emerging in the form of a blood-tainted decade mirroring the mayhem faced by Syria.

Original Headline: Boko Haram: A Reflection of IS on Africa