Aurangzeb Was Killed Because He Did Not Believe In the Imaginary Ummah, Caliphate and Ghazwa-e-Hind 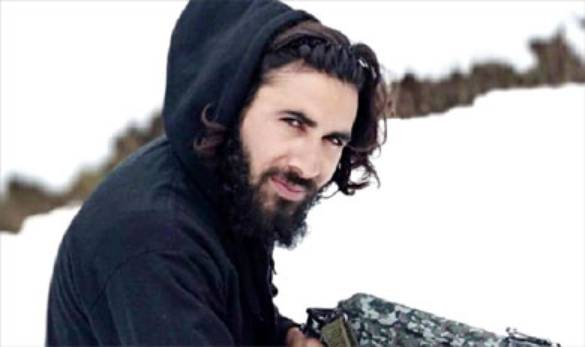 The killing of the journalist Shujaat Bukhari and Indian Army soldier Aurangzeb is actually a murder of freedom of expression and freedom of religion. The freedom of religion in the valley has been gasping for breath ever since the exodus of Hindus two and a half decades ago. Since that exodus, Kashmiri Muslims have turned against Kashmiri Muslims in the valley. Any Muslim, who does not subscribe to the Wahhabi brand of Islam or is not pro-Pakistan is the enemy of the Jihadis.

Aurangzeb was abducted and killed because he refused to be Wahhabised. He was killed because he was pro-India. He loved the Indian nation and all that it stands for. He was killed because he did not believe in the imaginary Ummah, Caliphate and Ghazwa-e-Hind. Aurangzeb had inherited patriotism. His father Mohd Hanif served in the Indian Army. His uncle, an Army-man, was also abducted and killed in similar fashion. The entire Gujjar-Muslim community acted as a line of defence during both the 1947 and 1965 wars, and subsequently as eyes and ears of India during the current phase of the proxy war. This is what torments the valley based political leadership in Jammu and Kashmir.

Aurangzeb was a resident of Poonch in J&K. In fact, the Gujjar-Muslims have been victims of Pakistan sponsored global jihad in J&K. One leader from Poonch, Shamsher Hakla Poonchi, demanded a battalion of Gujjars in the Indian Army to purge J&K, particularly the valley, of the scourge of global Jihadism. Following the martyrdom of Aurangzeb, his father lambasted the jihadis of Kashmir valley and said: “Kashmir Hamara Hai, Usko Aag Nahin Lagana, Balki Kashmir Mein Jo Gunde Ghuse Hain Unko Bahar Nikalna Hai (Kashmir belongs to us, we cannot allow its destruction, instead we should purge Kashmir of criminals and bullies)”. Such sentiments do not sit well with the valley based leadership. In fact this is suicidal for them and their masters in GHQ Rawalpindi.

After her forced exit as Chief Minister, Mehbooba Mufti made two significant comments, one, that any muscular policy in Kashmir will not work, and two, that India must talk to Pakistan. This post exit wisdom was after the murder of Aurangzeb. She, thus, reminded the public of her father Mufti Mohammad Sayeed, who after the last elections in J&K had thanked Pakistan for its successful conduct.

Why is it that the valley based leaders are always so desperate for talks with Pakistan? The reason is simple. The Kashmir problem is not a binary or a disconnect between New Delhi and Srinagar. The problem is rather because of the connect and binary between Srinagar and GHQ Rawalpindi. The problem is not political, or political accommodation with India, but it is about accommodation of GHQ-sponsored global jihad for destabilising J&K and the rest of India.

The imperative for the Indian establishment is to restore that Kashmir which can be exclusively identified with Aurangzeb, Ayub Pandit and Umar Fayyaz. It is also an imperative for the Indian establishment to delink Kashmir from the Muftis, the Abdullahs and the Hurriyat Conference. The imposition of Governor’s Rule has clearly made these quarters nervous. These Pakistan proxies have never exposed themselves so brazenly. The tragedy is that the agents of Pakistan’s proxy war comprised not only of the government in J&K but parliamentarians in Delhi belonging to mainstream political parties.

Mehbooba Mufti deliberately used a very misplaced and mischievous phrase—“muscular policy”. The term smacks of brutality and largely paints the Indian security establishment as trigger happy. While Pakistan has used fighter aircraft, artillery guns and tanks in Khyber Pakhtunkhwa (then NWFP), FATA, Swat valley and Balochistan, the Indian security forces have mollycoddled the civilians even to the extent of being maimed by the stone-pelters.

It is rather ironic that Sindhis and Balochis have spurned Wahhabism in the face of this fierce ideological onslaught by the military-jihadi combine in Pakistan, while Kashmiris in the valley have accepted the same with great alacrity. The evolution of global jihad into Islamic State in the valley is only natural.

The Hurriyat Conference is the main “think-tank” of the proxy war in the Kashmir valley. No longer is it confined to financing, planning and coordinating the stone-pelting on behalf of the Pakistan military-intelligence establishment, it is also engaged in planning and executing of terrorist attacks on strategic targets in India. As per the National Investigation Agency, the Hurriyat Conference had a critical role to play in the terrorist attack at the artillery officers’ mess at Nagrota in Jammu.

With a multi-pronged approach, Kashmir can be put back on track without much difficulty. This involves: intensifying operations across the Line of Control; consolidating the pro-India population on the Pir Panjal range; taking population control measures within the Kashmir valley; and conducting intense anti-terrorist operations. Most of this is an ongoing process and needs just a boost. The most difficult prongs would be: dismantling the Hurriyat Conference; exposition and trial of mainstream politicians of the valley for their links with Pakistan and the proxy war; and finally the purge of Wahhabism from the valley. Without addressing the last imperative, the Kashmiriyat and Kashmir of Aurangzeb, Ayub Pandit, Umar Fayaz and Kashmiri Hindus can never be restored.