Qanta Ahmed, a prominent Muslim physician, human rights activist and author of “In the Land of Invisible Women: A Female Doctor’s Journey in Saudi Arabia,” quoted Turkish Prime Minister Recep Tayyip Erdogan while speaking at the World Summit on Counter-Terrorism. “‘The mosques are our barracks; the minarets our bayonets; the domes are our helms; the believers are our soldiers.’” 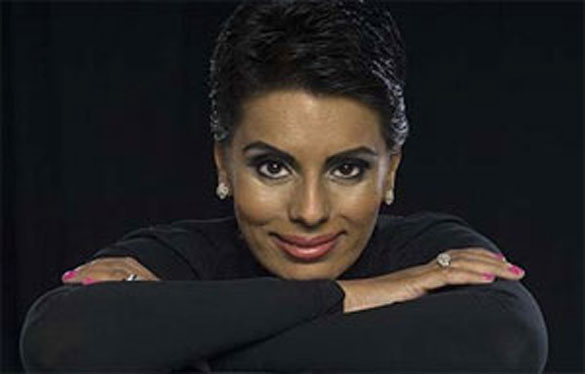 She proclaimed, “It might like sound like something out of the Al-Qaeda handbook or perhaps a more hard line wing of the Muslim Brotherhood. In fact, it is from an Islamist poem read aloud by the then-mayor of Istanbul in 1997.” She noted how Erdogan was released after only spending four months in prison for reciting this poem yet now radical Islam is on the rise throughout the world. Nevertheless, she proclaimed, “I refuse to give up Islam to the Islamists.”

Calling this era an “unprecedented age of conflict” within Islam itself, she cautioned, “Not all Muslims are Islamists.” She views herself as a credible “voice of Islam,” acknowledging that Islamists are trying to “challenge the legitimacy of all other voices.” They are “rapidly suffocating the shared public space.”

Ahmed noted the exodus of Christians from Muslim lands as well as the anti-Semitism and anti-Western beliefs entrenched within radical Islamist ideology. She decried Muslim children’s “abduct [ion] into the Taliban,” who tried to impede implementation of the anti-polio vaccine within Afghanistan. According to Ahmed, the Islamists “seek absolute domination, view democracy as a train, where they can ride on it” when it suits them to gain political power, yet they abandon democratic principles the second they come to power, as demonstrated by the recently ousted Morsi regime in Egypt.

She described radical Islamism as “totalitarian politics mixed with religion,” which ultimately represents “menacing idolatry.” Unfortunately, she warned that in the wake of the Arab Spring, the Muslim world is adopting the Pakistani model lacking minority rights, rather than a secular, pluralistic, liberal democratic paradigm. Radical Islamists are opposed to “equal education, have no appetite for questions and are opposed to political participation.” The “tyrannical majority” where political Islam thrives is creating a “culture of violence.”

Ahmed cautioned that without “a strong stance against Islamism,” minorities and Islam itself are at grave risk. According to Ahmed, radical Islam is an even greater threat than nuclear weapons. “If we don’t act, the mosques will be their bayonets,” lamented Ahmed. She concluded by noting that Israel is one of the few countries in which non-Islamist Muslims thrive and noted that there are Saudis who wish that they could benefit from an “Israeli-like democracy.”

A Round Table Discussion with Qanta Ahmed about Radical Islam and Counter Terrorism:

Rachel Avraham is a recent immigrant to Israel. She is the content manager and a writer for United with Israel's website (UnitedwithIsrael.org) and is currently working on an M.A. in Middle Eastern Studies at Ben-Gurion University, the topic of her thesis is "Women and Jihad: Debating Palestinian Female Suicide Bombings in the American, Israeli and Arab Media."