Blasphemy-Centric Barelwi Radicalisation Of Pakistan Is Snowballing To India

1. This violent anti-blasphemy theology underpinned by certain hadith reports has been worked out by Pakistani Barelwi clerics.

2. Tehreek-e-Labbaik Pakistan (TLP) has only actualized what the mainstream Barelwi ulema in Pakistan had conceived through the creation of Pakistan.

3. Blasphemy-centric Islamic radicalization is snowballing to India from across the border through some Barelwi institutions.

Vandalising public property, blocking highways, killing civilians and security forces, and stalling normalcy for several days during the holy month of Ramazan; this how Pakistan’s once favourite and now defunct far-right Islamist organization Tehreek-e-Labbaik Pakistan (TLP) has tried to protect the holy Prophet’s honour from the French patronage of ‘freedom of expression’.

The TLP went on the rampage in a series of violent protests and strikes in Islamabad, Rawalpindi, Karachi and elsewhere in Pakistan. The protests were staged for these three demands: One, release of the TLP chief and son of Maulana Khadim Hussain Rizvi, Saad Hussain Rizvi who was detained by security forces on April 10. Two, expulsion of the French ambassador from Pakistan and three, severance of Pakistan’s diplomatic ties with France. 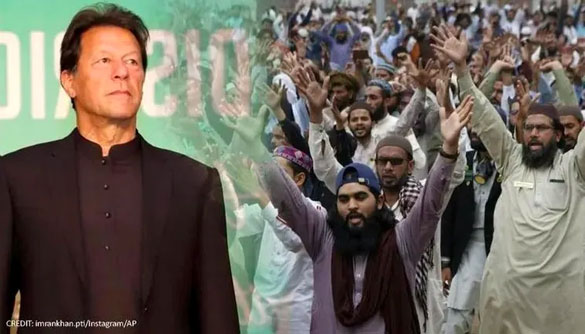 Subsequently, the Imran Khan-led PTI government has capitulated to almost all these demands of the radical Islamist group even after it has been declared a terror outfit and its activities have been banned by the Government of Pakistan under the Anti-Terrorism Act 1997. The TLP chief Saad Rizvi has been released after week-long violent protests across country, while the Pak government has agreed to move a resolution in the National Assembly for the removal of the French Ambassador from the country. Thus, once again the state authority in Pakistan gives in to the self-styled protectors of the holy Prophet’s dignity and supposed custodians of Pakistan’s infamous and controversial blasphemy laws. They are none other than the Barelwi Ulema who are otherwise seen as peaceful Islamic preachers in South Asia. But in Pakistan, they offer canonical theological justifications for violence based on these two postulates: (1) The punishment for blasphemy is only murder which can be carried out by an individual, if not sentenced by the state (2) It is incumbent on every ‘true’ lover of the Prophet Muhammad to kill those who disrespect him in words or actions. 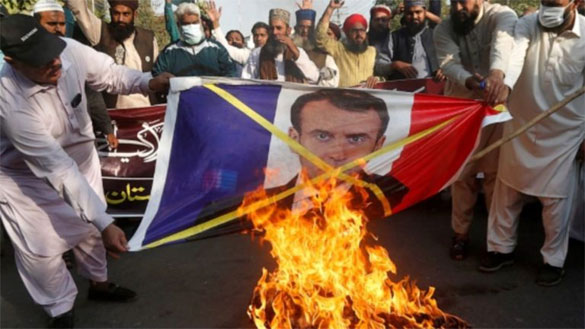 This violent anti-blasphemy theology which was underpinned by certain hadith reports has been further evolved and worked out by the Pakistani Barelwi clerics such as Pir Meher Ali Shah, Maulana Shah Ahmad Noorani, Maulana Hanif Qureshi, Maulana Ashraf Asif Jalali and Mufti Irfan Shah Mashadi among many others. The late Maulana Khadim Hussain Rizvi by forming the TLP had only actualized what the mainstream Barelwi Ulema in Pakistan had conceived through the creation of Islamic state of Pakistan. Notably, the two-nation theory was fervently supported by the pre-partition Barelwi clerics including the founder-ideologue Maulana Ahmad Raza Khan Barelwi popularly known as A’ala Hazrat in the subcontinent.

Much like the fundamentalist Wahhabis and Deobandîs have evolved an extremist narrative based on the puritanical understanding of Tawheed (monotheism), Barelwis introduced a twisted concept of Prophetology or Risalat. But in terms of inciting for violent extremism, the Barelwi theology is no different from that of Deobandis and Wahhabis. After the growing militancy in the Wahhabi-Salafi and Deobandi circles, the Pakistani Barelwis began to assert themselves politicizing and militarizing the fundamental Islamic precepts of Khatm-e-Nabuwwat (finality of the Prophethood) and Tahaffuz-e-Namus-e-Risalat (protecting the Prophet’s dignity) as a complete violent theology of anti-blasphemy extremism. 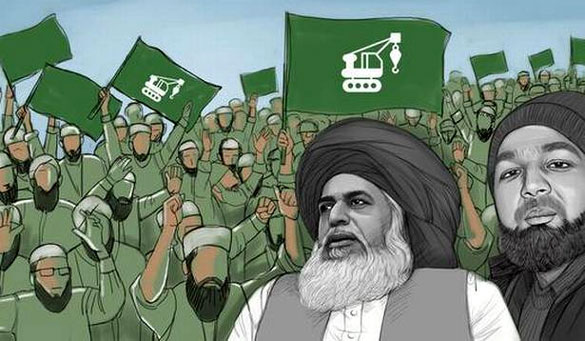 This movement emerges as an existential threat to the secular social fabric which has been strong among the Indian Muslims for centuries.

Commenting on the assassination of Salman Taseer by his Barelwi bodyguard Mumtaz Qadri, Arif Jamal, author of the Shadow War: The Untold Story of Jihad in Kashmir, writes:

“A large number of Dawat-e-Islami cadres—[Mumtaz] Qadri is alleged to be one [of them]—have been joining the avowedly violent Sunni Tehreek. Qadri is just one expression of that Barelvi assertion and not vice versa. While the Barelvis still will not be able to match the Deobandi and Wahhabi capacity for terrorism, this assassination clearly shows the direction in which they are heading.”

Barelwis are known for harbouring devotion to Prophet Muhammad in an extreme manner. They believe that it is their religious duty to protect the dignity and honour of the Prophet in every way possible. Therefore, they do not compromise with anyone who speaks or writes any kind of critical or derogatory remarks against Prophet Muhammad. One is allowed to take law in his hand to kill someone who has expressed such insolence against the prophet.  This is how they are supposed to carry out what they call ‘Tahaffuz-e-Namus-e-Risalat (protecting the Prophet’s dignity). The most famous anti-blasphemy slogan increasingly popular among Pakistani Barelwis is: Gustakh E Rasool Ki Saza, Sir Tan Se Judaa (There is only one punishment for the blasphemer of the Prophet, separate his head from his body).

The Barelwi radicalization in some parts of India today is also Pakistan-centric. It was not on rise until some hard-core Barelwis re-ideologised themselves in an anti-blasphemy ideology emanating from Pakistan. For decades, majority of the radical Islamists in Pakistan—such as TTP, JeM and Lashkar e Jhangawi—belonged to the Deobandi or Wahhabi groups. But the Barelwi radicalism emerged in Pakistan with the murder of Governor of Punjab, Salman Taseer in Islamabad in January 2011, by his Barelwi bodyguard, Malik Mumtaz Qadri, who has been equally venerated as ‘Ghazi’ or a slain saint in India and Pakistan. 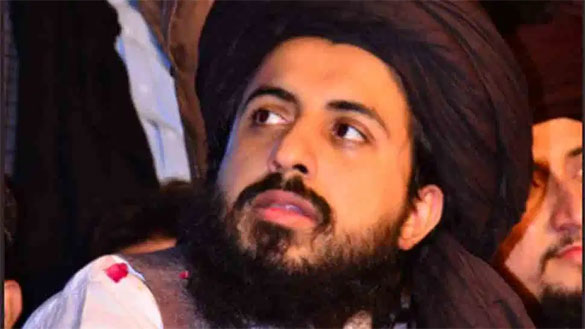 In fact, the Pakistani Barelwi clerics, who are otherwise known for their sectarianism, are seeking to forge the unity of all Islamic sects for the enforcement of discriminatory blasphemy laws. Khadim Hussain Rizvi, wanted to unite with the Deobandi cleric Maulvi Sami-ul-Haque known as the Father of Taliban. The last sermon that he made to his followers before he was stabbed to death in Rawalpindi, called for a ‘painful death’ to Asia Bibi and all blasphemers. Along with Khadim Razavi, he also mobilized the protesters in Islamabad against Asia’s acquittal. He had intended to join them but he could not.

Even well-established and more learned Barelwi Ulema like Mufti Munibur Rehman, Tanzimat Ahl-e-Sunnat leader and former head of the Ruet-i-Hilal Committee along with other prominent Deobandi clerics have decided to side with the proscribed TLP. Religious political parties including Jamiat Ulema-e-Islam Fazl (JUI_F) and Jamat-e-Islami, the country's largest religious party, have also come out in support of the TLP’s strike call. None of them have condemned the TLP protestors who attacked a police station and took hostage at least 12 policemen, while left at least six critically injured.

Thus, the late Khadim Hussain Rizvi successfully branded his radical views as the new face of Barelwi Islam sharply distinct from its older, relatively peaceful version. His predecessors and supporters at the TLP are seeking to strategically unite with the radical Wahhabi and Deobandi organizations. No wonder that Khadim Rizvi was being referred as Ameer ul Mujahideen by his followers. A Facebook page with over 48.000 followers mentions him as Ameer ul Mujahideen. Earlier, such a title was used only among the Salafi/Wahhabi and Deobandi radial groups in Pakistan. But the TLP has successfully installed it among the Pakistani Muslims of the Barelwi orientation too. Most regrettably, the blasphemy-centric Barelwi radicalization has snowballed to India from across the border.  The Barelwi institutions mourned the Pakistani Supreme Court’s landmark judgment acquitting an accused ‘blasphemer’. Much earlier in 2011, the Mumbai-based Barelwi outfit Raza Academy strongly protested in support of Mumtaz Qadri. It echoed in India the vociferous support of Barelwi youths’ organization in Pakistan “Shabab-e-Islami” which first protested against the imprisonment of the slain terrorist Mumtaz Qadri.