Taliban Are Right or Wrong Only Future Will Decide: Maulana Arshad Madani

1. Maharaja Pratap Singh was the President of the Indian government in Afghanistan.

3. Jamiat-e-Ulema Hind has no soft corner for Taliban

4. Taliban government can be called truly Islamic only if it establishes peace and harmony and guarantees rights to the minorities. 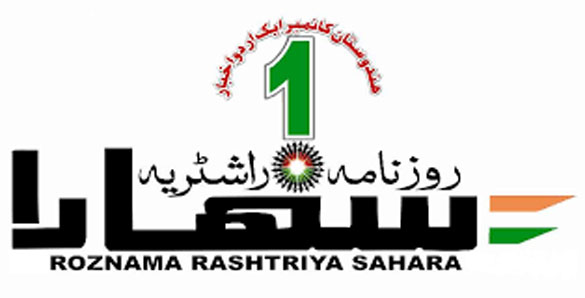 Replying to a media query on Afghanistan, President of Jamiat-e-Ulema Hind, Maulana Arshad Madani said that some people are linking Darul Uloom and Doeband with Taliban which in my view is not correct. What is true is that Taliban associate themselves with Maulana Mahmood ul Hasan Deobandi and since Maulana Mahmood ul Hasan lived in Deoband and was the Principal of Darul Uloom in addition to being the greatest Islamic scholar of his time with the enmity of the British running in his veins, the British arrested him and put him in jail in Malta. He spent 4 years in Malta jail. He was the person who had first established an independent government against the British in Afghanistan and had appointed Maharaja Pratap Singh as its President, Maulana Barkatullah Bhopali as the Prime Minister and his able disciple Maulana Ubaidullah Sindhi as the Foreign Minister. 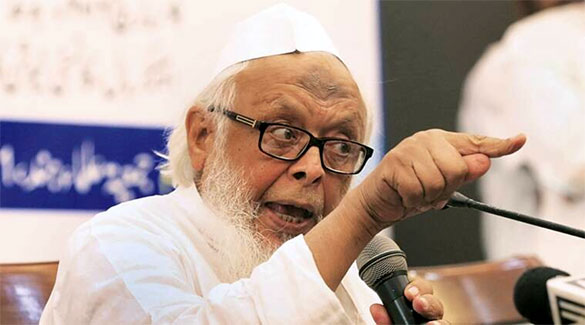 Elaborating further, Maulana Arshad Madani said that Taliban members of today are the descendants of those who were associated with the movement of Shaikhul Hind ( Maulana Mahmood ul Hasan) and had fought for the freedom of the country. That's why Taliban revere him as their imam and say that as Shaikhul Hind had spent his entire life for the freedom of his country which was under the rule of a foreign power like the British, they are also following in his footsteps. This is the only truth. As for the people who say that the Taliban have been educated at Darul Uloom, they are not right because they used to study here before the Independence but as per my knowledge no one of them is alive today. The Taliban members today are their disciples.

In reply to another question Maulana Madani said that the basis of Taliban's claim ( of association with Deoband) is only is that as Shaikhul Hind sacrificed his life for his country and prepared an army of his disciples who fought for the freedom of their country from foreign powers and spent as long as 10 years in jails, they are also doing the same.

Maulana Madani said that people also say that we have soft corners for Taliban. This is out rightly wrong. We do not have any opinion about any one. Only future will decide what line of action they will adopt and what kind of a system they want to establish in their country and whether they make Islamic Shariah their guiding principle? He said that the stability of any government depends on two factors. First, there should be harmony and brotherhood in the country, and there should be equality among the citizens, there should not be discrimination between the majority and minority community, there should not be sectarian hatred. Therefore if they have the same standards for both majority and minority and give them equal economic, educational and other rights we shall praise them. Similarly, if they ensure peace and harmony in the country and security to the life, property and dignity of every citizen we shall clap and say that this is an Islamic revolution. And if they do not move on in that path, the world will oppose them. We shall also be standing with the world.

On linking Taliban and Mullah Umar with Deoband, Maulana Madani said that all those who have been directly or indirectly educated with Deoband, have been doing the work of Deen in their own way. Currently Taliban are the only people who claim to fight for the freedom of their country. They are fighting for their country as we fought for our country. Taliban are the group who never accepted dominance of any foreign power and they associate their struggle for freedom with Darul Uloom, with the movement of Shaikhul Hind. But as I said that Shaikhul Hind's movement had borne fruit in Afghanistan and a section of people there had stood up with him. He had established an independent government there. All the people were associated with the movement of Shaikhul Hind. This was the reason that on his demise, many high ranking personalities had attended his condolence meeting. On that occasion, the ruler had said that they will accomplish the task left unaccomplished by Shaikhul Hind. The result is being witnessed today. The nation has stood up on their feet. But in Afghanistan two communities, Pashto speaking Taliban who belong to South Afghanistan and Persian speaking people who live in northern Afghanistan like Tajikistan. We believe that a government will be successful only when the government has the same yardstick for everyone. When this happens, we will say that the government is successful, otherwise it will be considered a failure. People say it is an Islamic revolution. My view is that only future will tell if this is an Islamic revolution or not. All the good governments of the world accept the rights of both the majority and minority. So if this government guarantees the rights of the minority along with that of majority, it will be considered an Islamic government. To us there are two criteria for a government to be successful: one, peace on all levels and safety and security of all its citizens and, two, one yardstick for all the citizens. If this is achieved, the government will continue. If it does not happen, another group will emerge from within them and will oppose them.

Maulana Arshad Madani's interview is important in the current scenario. There are talks of Taliban claiming to have links with Darul Uloom and on the basis the media and the critics of Darul Uloom have been saying that the Jamiat-e-Ulema and Darul Uloom Deoband have soft corners for Taliban. In this interview Maulana Madani tries to clear the confusion by saying that they don't have any soft corner for Taliban and that they will praise them only if they establish peace on all levels in Afghanistan and ensure safety and security for all its citizens irrespective of their race and religion as all the modern governments of the world do. Clearing the confusion over Taliban's claims of their association with Darul Uloom, Maulana Madani says that during the British rule, many of the then students of Darul Uloom participated in the freedom movement of India under the leadership of their teacher and mentor Shaikhul Hind Maulana Mahmood ul Hasan and were instrumental in the establishment of the Indian government in Afghanistan. The Taliban of today are not directly related to Darul Uloom and are the disciples of erstwhile graduates of Darul Uloom of whom no one is alive today. Maulana Madani means to say that the Taliban may have ideological roots in Darul Uloom but they may have deviated from the basic principles and philosophy of Darul Uloom because they are not directly educated in Darul Uloom as he says that its students did the work of Deen "in their own way".

Maulana Madani makes it clear that for being called a truly Islamic government, the Taliban will have to guarantee educational, economic and religious rights to its minorities in line with modern governments.

However, Maulana Arshad Madani chose to ignore some flagrantly prominent aspects of Taliban's ideology. He skipped the killing of a woman by Taliban for not wearing a veil. He should have condemned it. Secondly, the Taliban are not a new group. They are active in Afghanistan and Pakistan for more than two decades. They are known for their fatwas against Shias and their persecution of Shias, Hindus, Christians and Hazaras (of Afghanistan and Pakistan). They are against education of women and their participation in jobs and social events whereas women in Saudi Arabia and other Islamic countries are not only allowed to get education but also join government and non-government jobs. Recently, Saudi Arabia opened jobs in security sector for women. Darul Uloom or Jamiat-e-Ulema has also not opposed women's education.

Therefore, Darul Uloom may not have soft corners for Taliban but it is also a fact that it has not openly criticised Taliban for its anti-Islam activities more so because by claiming to have roots in Darul Uloom they only tarnish its image. Though Maulana Arshad Madani says that those educated at Darul Uloom were teachers of current Taliban members suggesting that the current Taliban members are not the product of Darul Uloom, he does not openly disown their violent and Takfir ideology. Taliban have their ideology that violates the basic spirit of Islam, its principles of harmony, brotherhood, tolerance and equality. The killing of a girl for not wearing Burqa shows that the new government under Taliban will not be much different from its predecessor. That thousands of Muslims are fleeing Afghanistan because of the fear of Taliban is an indication that they are considered enemy by the masses not messiah. Therefore, Maulana Arshad Madani's statements should have been more scathic and critical than being sympathetic.