There are several apprehensions and arguments about whether or not Pakistan should send its troops to support Kingdom of Saudi Arabia in its offensive against Yemen. 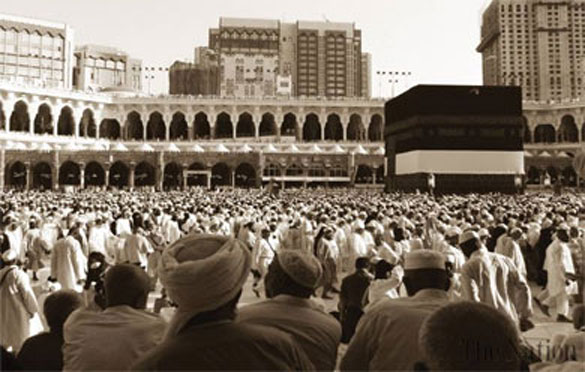 According to the prevalent narrative, Saudi Arabia, a brotherly Muslim country having long-term strategic relations with us, should not be left alone at a difficult time. We should ensure the security of Haramain Sharifain at all costs. A strong argument is made that millions of our workers in Saudi Arabia, who send billions of dollars every year as remittances, might lose their jobs. Additionally there are myths and fallacies abound about the Houthis who are thought to have deposed a ‘legitimate’ government, and are seen as an Iranian proxy because of being Shia.

First and foremost, if Saudi Arabia is a Muslim “brotherly” country, so is Yemen. Quoting Senator Aitzaz Ahsan while speaking in the Joint Parliamentary Session, “Are we defending the Saudi state, the Saudi Government or Haramain Sharifain?” Or are we trying to save the Saudi monarchy’s interests? All of these causes are mutually exclusive and have no overlap whatsoever.

The Houthi government in San’aa has never threatened to attack Ka’aba or Masjid-e-Nabavi. They, like majority Pakistanis, Saudis and Iranians, are Muslims and must be as passionate about the holy sites as we are. In any case, as Aitzaz eloquently said in his speech, the Saudi air force is much superior to the Yemeni air defence. This makes it impossible to even imagine that the latter would attack the Saudi mainland with hundreds of miles of vast desert in between. This argument, therefore, must be put to rest and the debate should move forward on a rational basis, leaving aside false religiosity.

Throughout the Afghan Jihad of 1980s, all that Saudi Arabia did was pour assorted jihadi groups into our country, matching every single dollar put in by the US, with one petro dollar of its own, thereby creating a Frankenstein monster of terrorist groups with the active involvement of the ISI. Even during the Afghan Civil War in the post-Jihad years of the 1990s when the US put sanctions on us, we had little to no lobbying support or economic assistance from the Saudis.

What we have from them is millions of dollars poured into Deobandi madrasas propagating Takfiri ideology and religious extremism, and refuge to our select leaders when they want to flee. Sometimes they replenish our coffers with cash just enough to oil our army’s arsenal, or to pay for our energy needs for a few months… not to end the crisis. The “strategic ally” argument, thus, is not impressive either.

Now come to the remittances and Pakistani workforce in Saudia, which we think is going to be affected in case we take a decision keeping in view our own national interest. My question is, has the Kingdom indicated something to this effect in discussions with our foreign office or the Prime Minister or the Army Chief? If so, we the citizens have a right to know what this supposed strategic ally is offering us. Let that be presented to the Parliament so the people of Pakistan may know how a “Muslim brotherly country” indulges in blackmail if its demands are not met.

Here, the MQM leader Altaf Hussain raises an important question. Talking about remittances, India has largest remittances coming from Saudi Arabia with the largest workforce there. Why then, she is not being blackmailed into sending its troops to the Kingdom? How come India is able to retain its self-respect as well as its sovereignty and self-interest? Why don’t we compete with India here too? Let’s hold our chin up and say what we must.

The way this conflict is being portrayed as a Shia-Sunni conflict undermines the home-grown struggle for rights in Yemen and ignores the history of political force asserted through militias rather than a legitimate central control through the writ of the state. Houthis follow a branch of Islamic sect called Zaydism, which is distinct from the Twelver Shias of Iran. In practice, they are closer to the Hanafi school of thought but do not identify as either Sunni or Shia. The variations of the word ‘Sunni’ also need to be in mind here. In the Indian and Pakistani sense, ‘Sunni’ or ‘Ahl-e-Sunnat’ depicts the Barelvi school of thought while in the Middle Eastern sense everyone non-Shia is called Sunni. In the Yemeni sense it would mean people following the Shafa’i school of thought.

Anyone who says Yemen’s is a Shia-Sunni problem knows little of Yemeni politics and society. The sectarian lines there have never been as stark as they are in rest of Middle East or in Pakistan. Zaydis do not observe different prayer timings or a different way of saying Salaat. Inter-marriages and truly pluralist societal norms make the Yemeni case absolutely different from that of Iraq, Syria and Lebanon. The slight tinge of ‘sectarianism’ started emerging in the 1980s to the 1990s when the Kingdom of Saudi Arabia started building Salafi proxies in Yemen.

The current problem has escalated from the Houthis’ continued resentment over neighboring powers ruling in Yemen through their paid puppets. That was one reason why they became one of the major forces that ousted President Saleh in 2012 who was considered to be America and Saudia’s man in Yemen. It was less than a year that Houthis realized the new man in Sana’a, Abd Rabbou Mansour Hadi was the new Saudi proxy ruling their land and had immense US support as well.

Ironically, fighting ‘puppet regimes’ and Saudi and American proxies, the Houthis (as their leader admitted last year) started getting training and logistic support from Iran. But even with this Iranian tinge to the conflict, it would be an over-simplification to say the conflict is purely geo-political in nature. Had it been geo-political, those powers supporting Shiite militias in Iraq would have been supporting Houthis against strong Al-Qaeda and ISIS threat in Southern Yemen. Had it been sectarian, Saudi Arabia would not have been supporting Houthis in 1960s against Egyptian forces.

With this backdrop, saying that the crisis would not have a sectarian fallout in Pakistan, would again be an over-simplification. As per media reports, Pakistanis (most of them retired army personnel) have been fighting in Bahrain already in the last few years. Since the oppressive Sunni regime has been using them against the Shia populace, they bring home a lot of anti-Shia extremism, which is one reason why we see a general acceptance in some cases and support for the Shia genocide in our society. The carnage in the imambargahs of Shikarpur, Islamabad and Peshawar did not result in the same outrage as, for example, the Peshawar school attack.

Moreover, how far it is in our national interest to alienate Iran who shares borders with us? We know that the Iranian government had called our ambassador in Tehran proposing a dialogue with Pakistan on the Yemen situation. Our foreign office preferred to not respond. In an on-camera meeting of the Senate Defence Committee, a member had reportedly asked the Foreign Secretary if we were invited to be part of coalition force against ISIS? The answer was, yes we were but we refused because we were busy with our own counter-terrorism plan Zarb-e-Azb and could not allocate our troops elsewhere. If that was the argument then, why can’t it be now?

Finally, taking a position against Iran can cost us dearly on the Pak-Iran Gas Pipeline Agreement, which we are not complying with already, under Saudi and US pressure. Let’s debate national interest now.

Marvi Sirmed is an Islamabad based freelance columnist