Al Qaeda Is Old News: Get Ready For an ISIS Backlash in the UK, Says Founder of Anti-Extremist Think Tank

There is a new standard for global jihad. Through skilled publicity – in particular the professional use of social media – unprecedented brutality and conquest on the ground, ISIS  has outmanoeuvred just about everyone, especially Ayman al-Zawahiri, Al Qaeda’s ageing leader.

When 800 jihadis can defeat 30,000 Iraqi soldiers, there is only one explanation that rings true for potential jihadis everywhere:  God is on their side.

It is now likely that malcontents from all over the world will flock to ISIS as the true heirs to Bin Laden’s legacy, bringing bloodshed and sectarian savagery on an unprecedented scale – and creating a new nerve centre to export terror to the West. 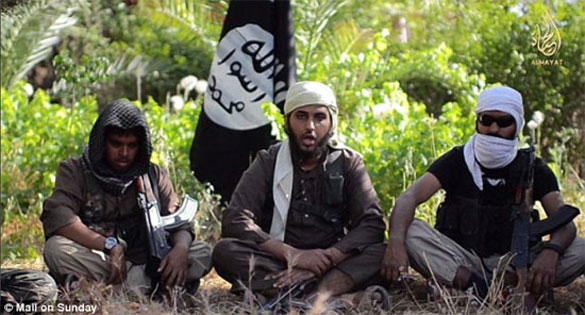 The rise of ISIS in Iraq is a wider threat to the stability of the Middle East and the West than many realise. Al Qaeda is now yesterday’s news.

What we do next is crucial. Our action or inaction can easily make the situation worse. ISIS is ‘blow-back’ from our confused policy in Syria as much as it is from the invasion of Iraq, where the sectarian prime minister Nouri  al-Maliki inadvertently facilitated ISIS by purging his government of

Sunni Arabs, providing them with every reason to stand aside and watch as ISIS went on the rampage.

The greatest challenge is how to tackle the growing crisis.

First of all, direct Western military intervention would be extremely unwise in the current climate. That would be the greatest possible clarion call to unite jihadists under the ISIS banner.

Britain has up to 500 citizens fighting in Syria. Such high numbers do not emerge from a vacuum.

There is a residual atmosphere of sympathy in which aspiring jihadists incubate. Any Western attack would almost certainly resurrect domestic sympathies for extremism.

Instead, we must adopt a regional and pragmatic strategy, exercising what influence we can over our allies in the Middle East. We must persuade neighbouring Sunni Muslims from Turkey, Saudi Arabia and the Gulf to fight.

Were Sunni Muslims to take the lead in defeating ISIS, they would help undermine the myth of a noble Jihad against infidels.

And we must support the Iraqi forces. But our support for Mr Maliki must be conditional on his reaching a settlement with Iraqi Sunnis, while the secular Kurdish Peshmerga must be encouraged to reconsider adding pressure on ISIS.

Training and logistical support could be provided, but at the moment this is a regional fight. It is imperative that it remains so.

But there are already thousands of foreign fighters who have joined ISIS. Western countries must prepare for an ISIS backlash as these fighters return home. These battle-hardened fighters require little consistent logic to attack us.

It would be naive in the extreme to assume otherwise. The sad fact is we are woefully unprepared.