Pakistanis Get Radicalised After Migrating To the UK

On November 29, 2019, five people were stabbed on the London Bridge. The attacker, Usman Khan, had been released from prison in 2018 “on licence”. A known extremist boasting ISIS and Al-Muhajiroun flags at the age of 15 didn’t alarm the authorities enough then. Khan’s hatred was British-born, though, and unrelated to Pakistan. 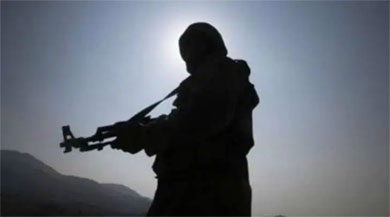 It appears that religious radicalism didn’t go from Pakistan to the UK, but actually came to Pakistan from London. (Representational Image)

Pakistanis get radicalised after migrating to the UK. Their children get radicalised growing up in labour-class communities where Islam is practiced in more intense forms. One such “transformed” person was Al-Muhajiroun’s founder, Anjum Chaudhry, of Pakistani origin, who is now in jail. The son of a taxi driver, Khan was his disciple when he was arrested in 2010. It is said that Khan was affected by the bullying he got from his schoolmates. He was ultimately shot dead after the London Bridge stabbings but not before a section of the Indian media linked him to Pakistan, where religious extremism is rampant. The British media, however, knew better: Muslim extremism grows out of the melting pot of extremist Islam in Britain.

In 2010, too, three terrorists had stabbed to death seven innocent people on London Bridge. One of the terrorists turned out to be of Pakistani origin, Khurram Shahzad Butt: A typically radicalised boy in his 20s, maladjusted in his East London milieu, Butt was reported when he told a neighbour, “I’m ready to do whatever I need to do in the name of Allah. I am ready in the name of Allah to do what needs to be done, including killing my own mother”. He had reportedly also entered a local mosque and demanded obedience while parroting Chaudhry’s line that Muslims refuse to vote as democracy was an enemy of Islam.

It appears that religious radicalism didn’t go from Pakistan to the UK, but actually came to Pakistan from London. Al-Muhajiroun had come to Pakistan along with its British-based sister terrorist organisation, Hizb ut-Tahrir, in the mid-2000s, and recruited a number of people inside the Pakistan army till the Musharraf government banned them. Brigadier Ali Khan was arrested for his alleged ties with Hizbut and, before that, Colonel Shahid Bashir, commanding officer of the Shamsi air force base, was apprehended by the military police in May 2009 for keeping links with this banned pan-Islamic political outfit.

French scholar Gilles Kepel has studied the “reverse” phenomenon in his books on expat Islam. In the UK, Islamisation of the immigrant Muslim community was an early postcolonial trend stemming from the British experience in India. “Communalisation” rather than “integration” suited the UK because it could then farm out the menial jobs to a community formed especially for them.

Workers’ mosques came up in the 1950s in the industrial areas of the UK. In the 1950s and 1960s, the mosques were divided against each other on the basis of Barelvi-Deobandi religions. There were even Pathan and Punjabi, Mirpuri, Bengali and Gujarati mosques. Then came the individual charismatic figures like Barelvi Pir Maroof Shah who built a number of mosques for his followers in Bradford, founding the World Islamic Mission in 1973. Sufi Abdullah built himself a similar Barelvi empire in the area in the early 1980s. The Bradford Council of Mosques in the 1980s was already “separating” the community on such questions as halal and girls’ education, and the Labour Party was the popular party for the Muslims.

Next came the Rushdie affair in 1988: The protest that was organised against Salman Rushdie’s Satanic Verses united the fragmented Muslim community in the UK — toppling its less educated leaders in favour of the anglophone radical ones.

The Islamic Foundation of Leicester sent out the call against Rushdie’s blasphemy, but the man who finally ran away with the collective Muslim response was ex-journalist, Kalim Siddiqui, of Jamaat Islami background, who set up his Muslim Parliament and issued what was termed the Muslim Manifesto in 1990, actually challenging the British system. This caused Labour politician Roy Jenkins, who had described the British policy of integration as equal opportunities with cultural diversity in 1965, to say in 1989 that the policy had failed to effect any integration of the Muslim culture and religion within the British society.

Original Headline: How the United Kingdom has been a laboratory for a brand of Islam