Omar Sheikh's Let Off in Pakistan Now Threatens the World, Again, With Terrorism

Omar Saeed Sheikh, accused of kidnapping and killing American journalist Daniel Pearl in Karachi in 2002, and who was sentenced to death by a Hyderabad Sindh special court, has been acquitted of the charge of murder by the Sindh High Court after 18 years. No evidence was found against him. He has been given seven years’ imprisonment for aiding and abetting Pearl’s kidnapping. He has already served his required prison sentence and will hence be released very soon. 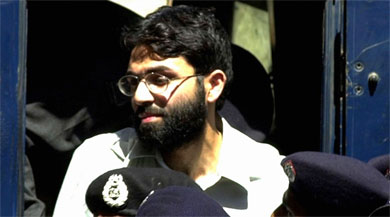 This means that a pathologically violent man is, once again, free to carry on his jihad against imagined enemies. When Omar got the death sentence for helping al Qaeda’s Khalid Sheikh Muhammad behead Pearl, he criticised the judgment as “given under pressure from the Americans”. Public reaction was mixed, and Omar continued his defiance, threatening “those who want to kill me” with death, and calling his trial “a struggle between Islam and kufr”.

Why has the High Court let him off? Commentators point to some “flaws”. A Lashkar-e-Jhangvi terrorist came up with additional confessional evidence during the trial, which was not taken cognisance of. Neither the discovery of the beheaded corpse of Pearl, nor its DNA test result, was allowed to feature in the trial. These were points of law that the appellate court was to adjudicate on.

The trial was shifted to the Hyderabad jail from Karachi because the prosecution kept receiving threatening messages from the terrorists supporting Omar. The attorney general of Sindh stated that he would like the state to appeal for the death sentence of the other three also, as “he feared for his life” because of them.

The case, registered on February 4, 2002, proceeded under international limelight and concluded on July 15, 2002. General Pervez Musharraf wanted to see the accused hanged and said so in a public statement. The American government wanted Omar on other counts of terrorism, but deferred to Pakistan’s desire to try him for the crime he had committed on Pakistani soil.

His friend, Azhar, went on to become the leader of Jaish-e-Muhammad. After 9/11, Jaish was banned by Pakistan, and Azhar was interned. Reports appeared in Pakistan at the time about Omar looking after Jaish and its affiliates, and even editing their extremist publications. Later, Jaish was found linked to Lashkar-e-Jhangvi, whose members finally came forward to own the murder of Pearl.

One reason Omar’s trial had to be held in Pakistan was his putative connection with the country’s intelligence agencies. His extradition to the US could have resulted in him “spilling the beans” about the complicity of some members of these agencies in the realm of international terrorism — there has been a persistent charge, first aired by the CNN, that Omar sent funds to Muhammad Atta, the suicide bomber who attacked the World Trade Center in September 2001.

It was always feared that Omar won’t be hanged. In his Hyderabad cell, he was allowed “facilities” that are possible only with the connivance of deep state elements. He reportedly started threatening General Musharraf over the phone: “I am after you, get ready to die.” Subsequent investigations revealed the threatening phone call was made by someone from the Hyderabad Central Jail. Being a suspect, Omar was placed under observation before it transpired that he was indeed the one who had threatened Musharraf. Significantly, by all accounts, the deep state, too, had tried unsuccessfully to kill him — he narrowly escaped each time.

Omar was a violent youth who grew up in the United Kingdom and imbibed an extremist worldview. From his school days in Lahore, he was known as an unusually violent personality. His pathological proclivities, soon mixed with ideology, produced a man who now threatens the world, again, with terrorism.

Original Headline: That Omar Sheikh is let off by Pakistan court should worry the world