Dr. Sahil Bharti Is Right: Terrorism Committed In The Name Of Islam Is A Massive Insult To Islamic Faith

Defending or Supporting Terrorism by Any Means Is Prohibited in Islam

1.    Terrorism committed in the name of Islam is a grave insult to Islam, and Muslims must respond by refuting the terror narratives point by point.

2.    Without a question, Muslims throughout the world have spoken out against Jihadist terrorists. However, raising one's voice once or twice is clearly insufficient.

3.    Islam urges people to speak up against injustice and evil, as indicated by Quran and Hadith. 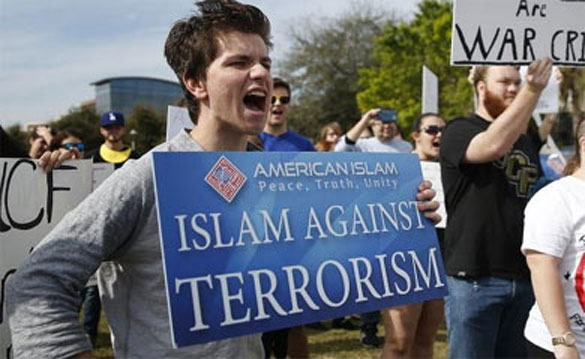 A few days ago, newageislam.com published an Urdu post by Dr. Sahil Bharti, in which the writer made some excellent demands of the Muslim community. I'd like to offer some feedback on their points.

Dr. Sahil Bharti says, “Terrorism committed in the name of religion is a massive insult to faith. It is the first responsibility of followers of a religion that is being misused for violence to expel perpetrators and supporters of such anti-religious ideas from their ranks and declare social detachment from them, and it is also the responsibility of the government to cooperate in suppressing such concerns over time.”

Without a question, Muslims all throughout the world have spoken out against Jihadist terrorists. However, raising one's voice once or twice is insufficient. This is, of course, an issue of law and order. However, we must also consider that terrorist organisations are distorting Islamic material, which may lead to certain people who do not fully comprehend Islam being misled and becoming terrorists or providing Islamic justification for terrorist acts.

In terms of indoctrination and mental corruption, terrorist ideologies constitute a threat not just to Muslims but also to non-Muslims who must be living in peace and security with Muslims. For example, when Wasim Rizvi filed a petition challenging the twenty-six verses of the Quran, some non-Muslims were indoctrinated and began blaming the Quran for terrorist activities. This must have made the Jihadists delighted, because they, too, cite the Quran to legitimize their terror activities.

Today, the so-called Mujahids of chaotic thinking wear the cloak of Islam. Dr. Bharti correctly adds, “Therefore everyone must be watchful. These terrorists, who are creating havoc in the name of Islam, credit superstitions, as well as violence and devastation, to Islam, despite the fact that Islam is in open conflict with these acts”.

Dr. Sahil Bharti continues, “Defending or sheltering such criminals is a crime and a sin, according to the Prophet (peace and blessings of Allah be upon him). Muslims should report their activities to authorities, preventing criminals from plotting terrorist crimes in the name of Islam, such as suicide bombings or the unjust killing of civilians.”

Cooperating with any terrorist organisation is a forbidden act in Islam. The reason for this is that Allah says in the Quran, “And Cooperate in righteousness (birr) and piety (Taqwa), but do not cooperate in sin (Ithm) and transgression (‘Udwan). And fear Allah; indeed, Allah is severe in penalty (5:2)”.

In this Quranic verse, Almighty Allah commands Muslims to work together in righteousness, good actions, and avoiding sins. Muslims are forbidden by God Almighty from assisting one another in committing sin or hostility. This divine message is broad in scope and conclusive in its condemnation of participation with terror organisations whose actions are sinful and transgression.

It makes no difference whether the terror actions are carried out in Muslim or non-Muslim countries. The Muslim community must take the lead in combating these anti-Islamic acts for the sake of Islam.

According to Dr. Bharti, Islam urges people to speak up against injustice and evil, as indicated by a saying of the Holy Prophet which guides that “If any of you see evil, replace him with the power of your hand. Use your tongue if you don’t have this power within you. Even if you don’t have the authority to do so, your heart should deem it bad. And that is the weakest faith” (Sahih Muslim - on the authority of Abi Saeed Al-Khudri).

Dr. Bharti concludes by saying that Jihadis, Takfiris, and terrorists are spreading like cancer among Muslims, and these terrorists are destroying the essential purity of the religion. As a result, every Muslim has a responsibility to alert authorities about individuals who commit acts of terrorism or intend to harm the country and nation or try to join their ranks.

I agree with the call of Dr. Bharti, and I too believe it is the role of Muslim clergy and intellectuals to reject jihadist terror narratives on a regular basis and safeguard Islam from their grab.