Muhammad Surur and the Normalisation of Extremism 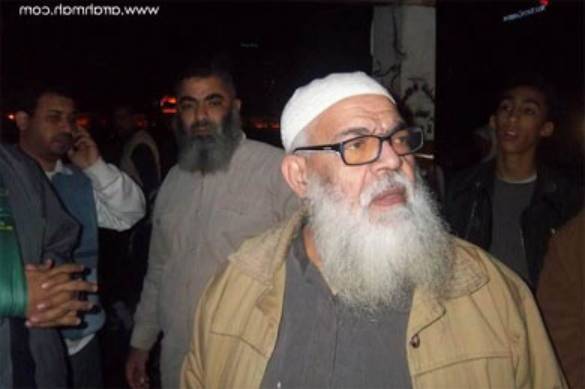 Fifty years after the execution of Sayyid Qutb, the Egyptian Islamist widely known as the father of modern fundamentalism, a lesser known yet equally transformational figure passed away on Friday. Victoria Hazou

Fifty years after the execution of Sayyid Qutb, the Egyptian Islamist widely known as the father of modern fundamentalism, a lesser known yet equally transformational figure passed away on Friday. Modern violent extremism cannot be understood without recognition of how the legacies of the two intellectuals colluded.

Muhammad Surur, who died on Friday in Doha, is arguably the most influential cleric since the demise of Qutb in 1966. His death was widely reported by Arabic news outlets, although it was ignored by the English-language media, which is testament to the obscurity of his legacy in western circles despite its centrality to Salafi-jihadism.

His legacy is so controversial that his name is often used by both jihadists and anti-jihadists as a slur against each other. The reason is that he was a pioneer of the bridging between revolutionary ideas derived from political Islam and traditional religious concepts taken from Salafism. The mixture helped produce what is known today as Salafi-jihadism – of which ISIL and Al Qaeda are products.

The legacy he has left behind is part of what I argue is the fastest growing and most serious religious current in the region today. Without understanding and countering this trend, the ideology will continue to shape the region for many decades to come.

Surur was a leader of the Muslim Brotherhood in Syria until the 1960s. He broke away from the Muslim Brotherhood and moved to Saudi Arabia, where he was influenced by Salafism there. A decade later, he left Saudi Arabia for Kuwait. In the 1970s, he was part of a leaderless and unorganised religious movement that combined traditional and revolutionary ideas, dubbed the Islamic awakening.

The Sahwa, as the movement was known in Arabic, led to the transmutation of Salafism from a traditional school of thought (Dawa) to an activist one (haraki), through the foreign influence of political revolutionaries such as Surur.

The fact that extremist groups such as ISIL communicate their messages through Salafi concepts often leads scholars who misunderstand this link to reach false conclusions. One such conclusion is that the concepts used by ISIL and the like indicate those groups should be tracked to Salafism.

That is a mistake. Salafism bears much of the blame for its religious rigidity that resists modern norms.

But rigidity and even hatred should be differentiated from practices such as suicide bombing, the killing of innocents, the bombing of Shia and Sunni mosques and the systematic use of political violence – all of which are justified by the revolutionary components that pollinate into traditional concepts to produce Salafi-jihadism.

Understanding this dynamic can help concentrate on the exact point these practices are justified, instead of vaguely blaming broader trends that reject those practices outright.

Surur and others used the ideas of Qutb to reinvigorate traditional ideas into a broader ideology that is not strictly political. After the Arab uprisings of 2011, he told the London-based newspaper Al Quds Al Arabi that his movement turned Salafism upside down. In another instance, he praised his own foresight regarding today’s Shia-Sunni divide in a book he wrote after the 1979 revolution in Iran.

In the introduction to the 10th edition of his book Now Is the Turn of the Magi, a reference to Iranian revolutions in 1979; he attacked fellow Sunnis for buying into the pan-Islamic rhetoric of the Khomeinis.

In the book, he was one of the earliest advocates of the now prevalent sectarian rhetoric that Iranian Shia were not true Muslims. Instead, he claimed Iranian Shia wanted the revival of the empire that ended at the hands of Muslims. That claim is another of his contributions to the problems sweeping the Middle East today. Surur’s legacy lives on today throughout the region.

His ideas set a trend in which revolutionary and traditional ideas are combined in one form or another, but that does not mean that his ideas are identical to those of ISIL and Al Qaeda.

On the contrary, his current is often used by ISIL as a slur against Salafists who do not agree with its violent methods. His legacy is a bridging ideology that opposes both traditional Salafism and political Islam. His writings take aim at both, a fact that could be the reason why many misunderstand or overlook his contributions.

Surur was quietly active in the Syrian uprising. He helped found the Syrian Islamic Council, backed by Qatar and Turkey. Five out of the 21 members of the council’s board of trustees are Sururis. The Syrian opposition’s political body, the Syrian National Coalition, eulogised Surur in a curious statement that highlights and praises his controversial contributions.

In the statement, the coalition wrote: "He focused in his work on activism and traditionalism, rejecting apathy and passivity, and established a current that combines intellectual work with political activism, in addition to religious knowledge."

The coalition’s statement is an example of the dangerous tendency to misconceive of the man’s legacy. The political body ignores the impact Surur had on the kind of extremism that sweeps his country five decades after he left it. Praise for his movement shows the rampant normalisation of extremist ideas prevalent not only by the opposition’s bodies but also by watchers of the conflict.

Surur’s legacy needs to be understood alongside that of Qutb. The erosion of Salafism through a revolutionary current has been under way for the past 50 years. Extremist groups will continue to thrive as long as the interplay between traditional and activist ideas is not identified as a key source of their growth.

Hassan Hassan is a resident fellow at the Tahrir Institute for Middle East Policy and co-author of ISIS: Inside the Army of Terror