The radical religious ideology propounded by Wahhabism’s founder Muhammad ibn Abdul Wahhab professes to take Islam back to its roots, to the earliest era, ridding it of all the “deviations” that it says have accumulated over more than a millennium of intermingling with other religions and cultures. This is in stark contrast to the Sufi way of Islam, which aims to develop a more personal relationship between man and God and is more tolerant of cultural influences. Going by this, destroying Muslims’ cultural heritage is one of the chief postulates of Wahhabism. This theology of violence and destruction harks back to the ideology propounded by the 13th century Islamist preacher Ibn Taymiyya, who advocated a literalist interpretation of the Quran and called for the destruction of tombs and mausoleums. 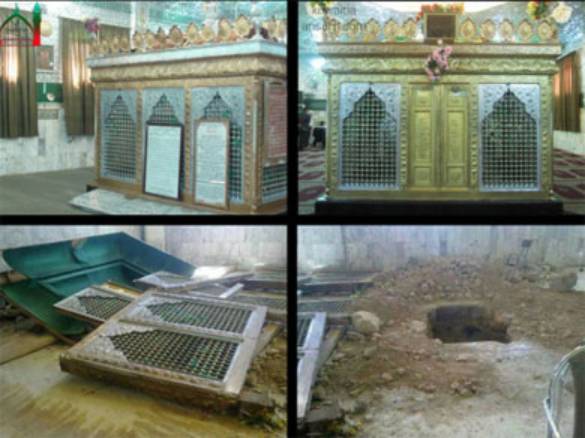 Since the time Wahhabism gained momentum as the state religion in Saudi Arabia in the 18th century, with the political alliance and financial support of the al-Saud family, it has been vandalizing historic Islamic monuments, graves of prophets and Sahaba (Prophet’s companions), Sufi shrines and mausoleums in the name of ‘Tawhid’, or belief in the oneness of God. Without an iota of doubt, Tawhid is the most essential aspect of Islamic faith (along with belief in the prophethood of Muhammad pbuh) and no Muslim can deny it. But Wahhabis take this belief to a completely different level. They insist that harbouring love for and showing veneration towards the prophets, their companions and Sufi saints buried in graves is tantamount to equating them with Allah, which is declared ‘shirk’ (polytheism). Driven by this ideology of universal hostility towards the cultural heritage of Muslims, Wahhabis take it upon themselves to demolish such Islamic monuments, shrines and even mosques built by earlier Muslims, in an attempt to revive their doctrine of  ‘puritan Tawhid’. They view themselves as “defenders of the puritan Islamic faith” and thus encourage their fighters and cultural terrorists who are wreaking havoc in almost all parts of the Muslim world today. 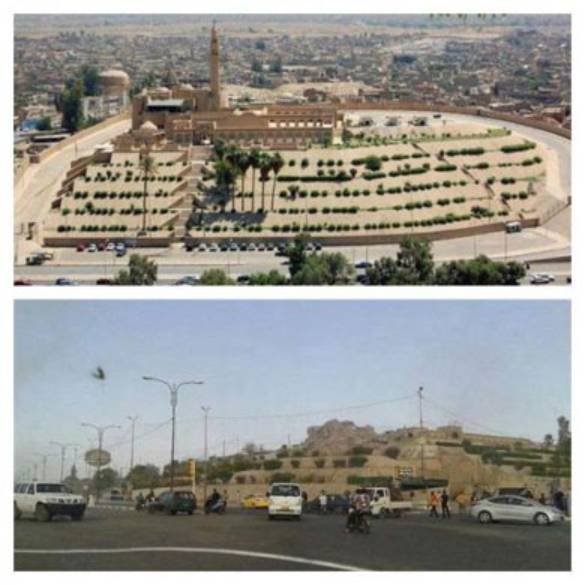 Shrine of Prophet Yunus (a.s) , before and after

ISIS in Iraq and Syria, Al-Qaida and Taliban in Pakistan and Afghanistan, Boko-Haram in South Africa and all other Wahhabi organisations working under different names in different parts of the Muslim world are regularly bombing and bulldozing Islamic monuments, tombs, historical mosques, imam Bargahs and other spiritual centres highly venerated by the mainstream Sufi-minded and peace-loving Muslims. Recently, the Independent, the UK national daily newspaper exposed the worst form of cultural destruction as an evil intention to remove or demolish the tomb of Prophet Muhammad (pbuh).

This came as a part of the mischievous intentions of the Saudi monarchy that have been destroying the historic heritage of Islam, vandalising nearly all major Islamic cultural monuments in Saudi Arabia. Already, a large number of the tombs and monuments of the family and companions of Prophet Muhammad (pbuh) have been demolished. Again, the Saudi monarchy has offended the religious sentiments of the entire Muslim world by their obnoxious proposal to remove the Prophet’s tomb under the garb of extension of Masjid al-Nabawi (the Prophet’s mosque). This nefarious design sparked discord across the Muslim world creating sensation in the global media. Indian Muslims caught up with the news earlier through posts and sites in public domain that a secret report of the Saudi government had identified the tomb of the Prophet (pbuh) as the biggest idol of the world.

British newspaper, The Independent, was the first media publication that brought out the news of Saudi proposal to move the holy Prophet’s tomb quoting a Saudi academic who exposed and criticised the proposed plans. The newspaper said that “Wahhabi Islam, an offshoot of the Sunni sect, is followed by the Saudi clerics and its teachings prohibits worship of any object or saint and considers this idolatrous (shirk in Arabic). Therefore, Saudi scholars fear that the worshippers are treating the grave in an idolatrous way”. The 61-page document reportedly prepared by an authoritative Saudi cleric Sheikh Dr. Ali bin Abdul Aziz of Imam Muhammad bin Saud Islamic University,    called for the removal of the Prophet’s remains to the nearby al-Baqi cemetery, where they would be interred anonymously.

When this news created sensation in the Muslim world inciting huge protests from both Sunni Sufis and Shiites who greatly venerate the remains of the Prophet (pbuh) housed under the Green Dome, visited by millions of pilgrims, the General Presidency of the Two Holy mosques denied all such reports. In his explanation to this issue, Mowafaq al-Nowaysar, deputy editor in chief of Saudi Arabia’s “Makkah” Newspaper accused The Independent of “theft” and “mistranslating” an Arabic article that appeared in the Saudi daily on Aug. 25 on the subject. But what he actually wrote in his editorial in his Arabic newspaper “Makkah” clearly revealed the intention behind the proposed plan. His exact words in Arabic read:

In translation, it reads as: “the proposed plan was that the Prophet’s shrine be separated from the Masjid al-Nabawi by erecting walls, but The Independent misinterpreted it and falsely wrote that the proposal was to destroy the Prophet’ tomb and shift his remains to an anonymous place”.

Surprisingly, those who have visited the Prophet’s holy shrine say that it is already separate from the Masjid al-Nabawi. Then, what was the compelling need for a 61-page document to carry out a research on it. Doesn’t it reveal something fishy about the entire episode?

As a matter of fact, there has been stiff opposition to the violent display of cultural destruction by Salafi-Wahhabi extremists throughout the Muslim world, but sadly, though not unexpectedly; it has not been fully voiced in Indian Muslim media, particularly in the Urdu press which remained hostile towards any criticism of the Wahhabi misdeeds. Even an issue such as the destruction of Islamic heritage has taken a sectarian hue. Several eminent Sunni-Sufi Shaikhs, moderate Islamic scholars and Sufi-oriented Muslim leaders came out with vehement verbal and written opposition and stern condemnation of the recent destruction of the Islamic historic heritage, particularly the proposal to remove the Prophet’s tomb. But while a tiny number of very local and limited Urdu publications gave them space, not a single leading Urdu publication, newspaper, magazine or any other Indian Muslim media outlets considered them worthy of media coverage.

In this situation, this correspondent talked to a number of representatives of the Sufi-minded Muslims of India who cherish and venerate the Islamic heritage and their historic past. Reproduced below are brief notes of what they said on the related issues. 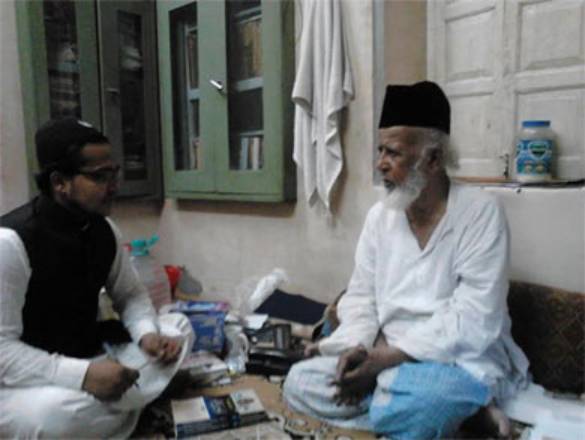 Saheb Zada Syed Mohammed Fazlul Mateen Chisti, Gaddi Nashin or chief patron of Khwaja Gharib Nawaz’s Shrine in Ajmer, says that he received a serious setback when he knew of a Muslim organisation (ISIS) in Iraq claiming to establish the Islamic state, while at the same time deliberately destroying the heritage of Islam in all the lands it controlled. Pointing to the Saudi proposal to remove the Prophet’s tomb, he clearly stated “that those who cannot preserve the legacy of Islam, the Prophet Muhammad’s tomb, can go to any extent in their nefarious destructive works”. He averred that any organisations or movements rising in the name of so-called “Islamic caliphate” cannot be accepted by the overwhelming majority of Sufi-oriented Muslims of India”. 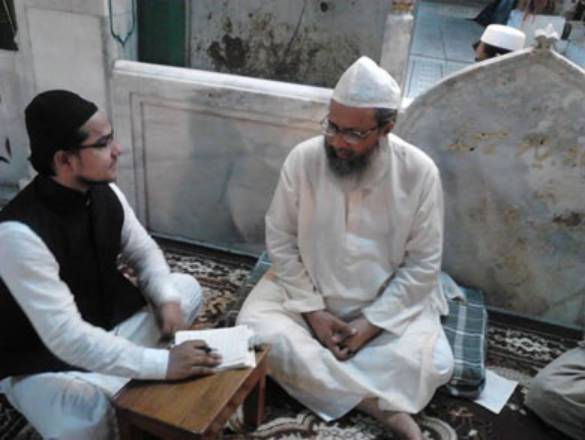 Another Gaddi Nasheen of the Ajmer shrine, Sardar Anwar Hussain Chishti Kazmi, said that today’s terrorists who loudly and falsely claim to be the leaders of Muslim Ummah cannot tolerate Sufi shrines and their patrons guiding Muslims towards religious harmony, national integration, pluralism, co-existence, moderation and the Sufi doctrine of peace with all (Sulh-e-Kul).” He said that the visitors of Ajmer Dargah (shrine) who took out a huge demonstration against the Danish cartoon of the Prophet (pbuh) in the recent past should be encouraged to protest against the mischievous plan to remove the Prophet’s tomb”. 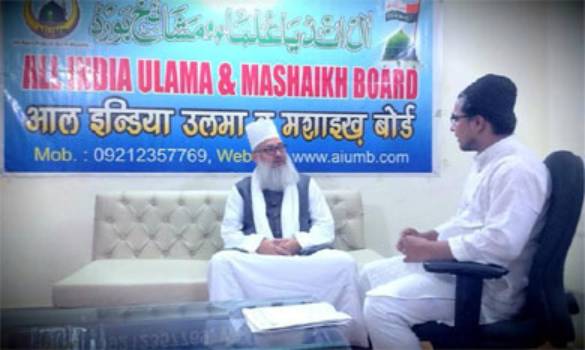 Syed Muhammad Ashraf Kichhowchhawi, patron of an influential Sufi shrine in U.P, India, commented that “identifying a structure as an idol carries the conviction of demolishing it and this is why Wahhabis are exposed as the biggest anti-Islamic tribe in the world”. He further said that “Taliban, al Qaida, ISIS, Boko-Haram and all other organisations working under different names in different places are regularly bombing and bulldozing Islamic monuments, tombs mosques, imam Bargahs and other spiritual centres in almost all Muslim countries. And the worst form of cultural genocide has been exposed as an evil intention to remove or demolish the tomb of Prophet Muhammad (pbuh)”.

Although many other Sufi leaders and Ulema have issued similar stern statements  opposing the destruction of Islamic historic past and heritage at the behest of Wahhabi doctrine of violence and universal hostility towards culture and heritage, much more need to be done to put a halt to the current destruction of Islamic heritage around the world. They particularly need to devise practical plans and effective strategies to safeguard the holy Islamic sites, especially in Makkah, Madina and other parts of Hijaz.