Taliban Victory In Afghanistan: Why Political Islam Is A Problem?

2.2   Taliban were hopeful that at least China, Russia, Iran, and Pakistan would soon recognize them.

3.    No country came forward, even Pakistan, to recognize Taliban government.

4.    Many Islamists and Ulema are living in the age of the Umayyad and Abbasid periods, 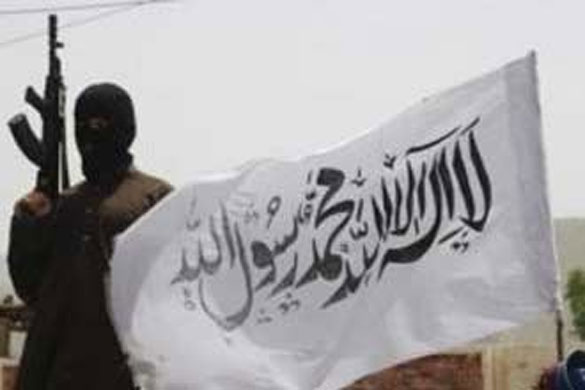 It is now four weeks since the Taliban has announced its interim exclusive government. Since then no country came forward, even Pakistan, to recognize its government. An obsessed with its humiliating defeat at the hands of Taliban America, as it is widely believed and claimed among Muslims, has frozen Afghan assets amounting to near about 70 million US Dollars. This might result, if not cured and helped on time, in taking Afghanistan to the brink of another civil war leading to a human catastrophe like that of Rwanda, Somalia, and Yemen.

When the Taliban captured Kabul at gunpoint and Ashraf Ghani fled the country allegedly stealing away millions of US dollars, there was much brouhaha and celebration in Pakistan and among Islamist circles elsewhere. Islamists and Ulama took to the streets celebrating the Taliban’s victory! Even some religious zealots in India also sent foolish love letters showing solidarity with the Taliban regime!

There was an expectation that the world sooner or later would recognize the Taliban regime because the Taliban were also trying to better their image and to convey and convince the world that somehow they are now a changed Taliban, and are not the Taliban of the nineties and that they have learned their lesson and will correct their past mistakes. Taliban were hopeful that at least China, Russia, Iran, and Pakistan would soon recognize them, and later on, other countries also would follow suit. They promised that they will not allow Afghan land to be used against any country, that they will seek good relations with all their neighbours. Yet no country so far dared to recognize their de facto government, even Pakistan which is being seen and often blamed to be the sole supporter of their regime.

To me, the Taliban and their staunch supporters simply failed to understand that this is not the age of armed victory. Now the world has become a global village, you can not live in your isolated world. You can’t do what you like in your fiefdom or sheikhdom. You can’t build your own utopian world separately. The world is now heading towards the automation age, in which human society will be run by nanotechnology, though I doubt that Muslim traditionalists are understanding this reality too.

Yet many Islamists and Ulema, in general, are still daydreaming to go back 14 centuries ago and revive the old cherished Caliphate system. They are still living in the age of the Umayyad and Abbasid periods, when sultans, landlords, businessmen, or army generals could buy slave girls in the open market and include many concubines in their vast harems. With this mind-set how can you expect from the Taliban to respect women's rights or give equal citizenship rights to minority groups and act upon universal norms of polity?

Very strange is that Islamists who support democracy in Pakistan and elsewhere do not shy away to say that the Taliban have a right to conquer and impose their writ on other Afghan factions and compel them to surrender to their wishes, citing Afghan traditions.

Now when the ISIS Khurasan and other Alqaida fringe elements are attacking the Taliban, it seems that their security apparatus is no better than the Ghani government. It is to me a tit for tat situation, for, Taliban also were doing the same thing with the Ghani government. They were attacking innocent Afghan nationals even after they had struck a peace deal with Americans in Doha Qatar on 29 February 2020. And thus in their suicide bombing they have killed thousands of innocent Afghans even they did not have any qualms in attacking a girl school where they brutally killed more than 100 teenage girls.

Now Pakistan and other supporters were expecting that showing some magnanimity Taliban would include some women and some other Afghan factions like Hekmatyar, the leader of Hizb Islami, or persons from previous Mujahideen rank and file in their ministries or other lower portfolios. Yet not taking into consideration any advice of their well-wishers and not budging into the demands of the world community, the victorious Taliban formed their pure exclusive government. Showing no leniency in imposing their draconian laws, rules and regulations, wrongly attributed to Islam. The fact of the matter is that their rules are derived either from Afghan tribal traditions or from a parochial understanding of Hanafi Fiqh interpreted by some Pakistani mullahs, Taliban’s ideological mentors belonging to specifically Darul Uloom Haqqania Khatak in Pakistan.

The world is now preferring to wait and watch policy towards the Taliban regime except Pakistan who is seen in a hurry to recognize them. Not only that but the Imran Khan government is trying to reconcile with banned terror groups such as TTP, the perpetrator of so many terror attacks on civilians and who had killed in cold blood innocent children in an Army school in Peshawar.

Regarding that Syed Mujahid Ali, a Pakistani intellectual based in Norway said in his Urdu column that:

‘In this regard, one cannot ignore the fact that not only Pakistan is calling the success of the Taliban in Afghanistan a 'new reality but at the same time Pakistan is constantly announcing that it is working with other countries in the region, together they will decide to recognize the Taliban government. The US position in this regard is clear to all. The Senate hearing and a recent bill introduced there to make it clear that Pakistan's role has been dubious and should be investigated that if Pakistan has provided any assistance to the Taliban in the last 20 years, sanctions should be imposed against it. Pakistan has already weakened its case by becoming the Taliban's unofficial spokesman on world stage. Now the Prime Minister is announcing that he is negotiating with the perpetrators of terrorism in Pakistan with the help of the Taliban government which he does not recognize yet, to find a peaceful political solution to the problem. The question remains, which political principle can be discussed with those who have taken up arms by declaring a coup against the state? Especially if the Afghan Taliban are helpful in this, the world's suspicions will increase and Pakistan's diplomatic position will also be damaged.”(See: https://www.humsub.com.pk)

Today, the bitter reality is that no country in the world is ready to believe in the promises of the Taliban to acknowledge them. As a result, the country is in dire financial straits. The national treasury is empty and soon the Taliban government will have nothing to give to its soldiers and when this happens the factions of the Taliban will start disintegrating and then the whole country will fall prey to civil war. Ordinary Afghan citizens who have been on the receiving end for the last 40 years will face destruction for many more years.

Now the question is why Taliban or other Islamists and protagonists of political Islam are so stubborn in their dealing with other human beings that they are not ready to give them equal citizenship rights and to give women fundamental human rights? Why they do not believe in democracy? Why do they still believe in the old terms of Darul Islām (adobe of Islam) and Darul Kufr (adobe of disbelief)?

Why do they still behead people on flimsy apostasy and blasphemy charges? Why do they believe that they have the right to terrorize people and coerce them to believe what they want to, cancelling the spirit of Quranic verdict: لااكراه في الدين

“There is no compulsion in the matter of religion” (The Cow: 256)

Moreover, why they are not tolerating other Muslims, like Shia Hazara community or communities believing in Sufi traditions?

They clam to impose Sharia law I ask which Sharia law? Muslims are subscribing to five Fiqh School in the case of Sunni Islam. Imposing only Hanafi version is not majoritarian stand?

The problem simply is not that the Taliban are ignorant, semi-literate people. It is deeper than that. To strengthen my point I should cite here that Islamists recently found themselves at the helm of state affairs in Egypt, Tunisia, and Afghanistan. In all three countries, they miserably failed their respective nationals and failed the world also! Why so? It is to me because Muslim political thought is stagnant. After Ibn Khaldun and Al-mawardi, there was no further evolution in it at all. Secondly, Muslim political thought is text-based as they did not develop new ideas based on human experiences. That is why on a practical level all Muslim countries are compelled to adopt secular liberal western political system, save the Mid-East, where religious or semi-religious monarchy and kingship is ruling the roost. That is why Islamists everywhere are having only anachronistic ideas in this regard and the Taliban is no exception. So a new discourse is needed, where you freely question, rethink in Islamic Fiqh legacy and discuss all these questions to develop a new jurisprudence relevant to this age. Without this rethinking and revisiting the old set of political norms that became irrelevant now, we cannot imagine any breakthrough in stagnant Islamic thinking. This is a theological question which should be addressed theologically. Muslim scholars and writers wrongly relate this generally to only foreign invasion and the great geopolitical game wherein big world powers are involved.

Dr. Mohammad Ghtireef is a Research Associate, Centre for Promotion of Educational and Cultural Advancement of Muslims of India AMU Aligarh.