The recapture of Timbuktu was done by moonlight. More than 250 French troops parachuted down to the northern entrance of the fabled desert city, while an armoured column sealed the southern exit.

After close to a year of occupation by Islamists, which has driven more than half the population from Mali’s cultural heart and left an unknown toll on its famous libraries and shrines, the ordeal was over. 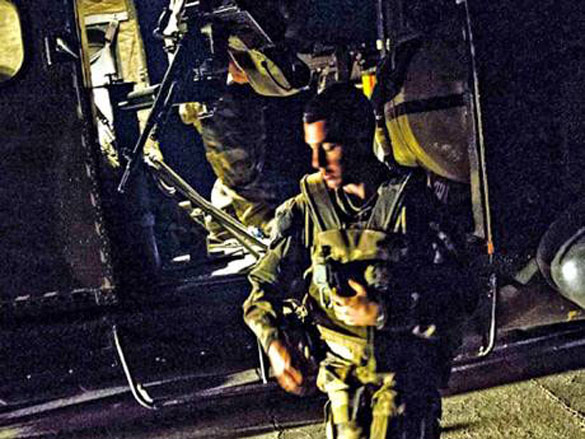 “Not a shot was fired,” said a French Colonel who declined to give his name, but confirmed he had led the 12-day operation to retake the city.

By this afternoon the city’s maze of dusty streets were being patrolled by French and Malian troops for remaining militants and crowds had gathered at every corner chanting: “Vive la France, vive le Mali!”

Women and children mobbed two pick-up trucks of Malian soldiers that arrived after the French force had sealed the city. One man was dressed from head to foot in a costume that he had fashioned from hand-stitched Tricolore flags. Many of the women were dressed in vivid colours and had removed their veils to replace them with flags.

Mohamed Ibrahim Traore, a shopkeeper whose store has been closed for months said the women were happy “because they don’t have to put on the veils on their face”. “Today we got our liberty back,” he said. “Every Malian deserves their liberty, the Frency army and the Malian army have given us this.”

The French and Malian forces could now be joined by a “sizeable amount” of British troops. David Cameron yesterday despatched Sir Kim Darroch, his national security adviser, to Paris to discuss what help Britain could provide.

Meanwhile, Foreign Office officials last night warned of a “potential threat” by Islamists against the British Embassy in the Libyan capital of Tripoli.

For some the liberation came too late. The Mayor of Timbuktu, Ousmane Halle Cisse – who has been forced into exile in the capital Bamako – said that one young man was executed for celebrating the recent advances by the French. Mr Cisse, who has led appeals for an international intervention to save his city from the Islamic extremists, was expected to return home last night by helicopter and said that during the final week of the Islamists’ occupation more of the city’s historic manuscripts had been burned in an apparently bitter parting gesture. The famous trading city and Islamic centre of learning has suffered under the Islamic fundamentalists with several shrines destroyed while it was under their control.

In the warren of sand-blown streets signs of the extremists’ occupation remained. Public information boards advertising safe-sex practices had been literally defaced – the portraits of people scratched down to the bare metal. Mobile phone posters had been given the same treatment as graven images were eradicated. At the premises of a nearby bank, the BMS, a forbidding sign had been cemented into the wall in the black of al-Qa’ida in the Islamic Maghreb (Aqim). For the last nine months this was the headquarters of the Islamic police who have imposed a fundamentalist form of Sharia law, forbidding all dance and music.

Women have been forced to observe a strict dress code, while those accused of petty crimes like theft have had their hands cut off. Locals said that many of the amputations had been carried out in the now-deserted building. The bulk of the Islamists left over the weekend with residents saying they had fled “into the desert”. With many houses deserted and the tourist hotels long shuttered, some people took the chance to loot the empty buildings. One man ran out of the doorway of a home carrying a mattress on his head.

Speaking from his temporary headquarters at the nearby airport, French Colonel Paul Gèze said: “We have secured the town but we fear that some elements of the Islamist factions could still be here hiding amid the population.” The potholed Tarmac has been patched up with sand but transport flights carrying emergency food were still landing 80 kilometres away across the sand and marshland in Gundam. The eventually peaceful liberation of Timbuktu was preceded by 12 days – and six nights – of operations which the commanding officer from the 5th Combat Regiment of South-west France said had been as “hard as Libya”, given the technical demands.

“I don’t think many armies in the world can do what we’ve done in 10 days,” said the Colonel, speaking in the back of a combat helicopter flying only 10 metres over the desert trails and marshes below. At sunset last night inside the gates of the city small celebrations were erupting and home-made bunting with French and Malian flags had been draped over many doorways.

A crowd had gathered at the house of singer Akia Coulibaly. Dressed in a turquoise wrap she stopped her street show briefly to recount how life has been since last April when Timbuktu fell into the hands of Islamists.

“We are having a party,” she shouted over the din. “We haven’t danced or sung while they have been here. They cut hands, they beat people. We have been prisoners.”

Between the 13th and 17th centuries, Islamic scholars composed millions of manuscripts in Timbuktu. The £5m Ahmed Baba Institute was established in 2009 to protect these documents. In recent months it has been used by rebel fighters as sleeping quarters and they reportedly set light to the manuscripts as they left. A UN scheme to digitise them, raising the likelihood many may have been lost forever.