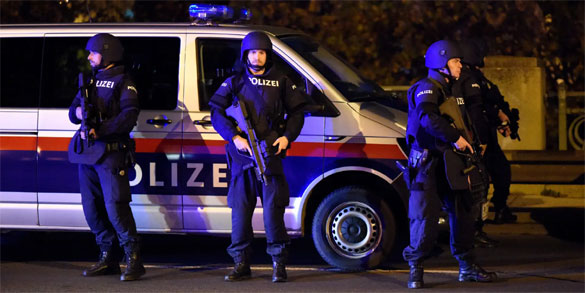 The Austrian police have arrested 14 youth in the Vienna terror attack case. Among them are two Bangladeshi youth aged between 18 and 28 years. Most of the men arrested have double citizenship of Bangladesh, Turkey, Macedonia and Russia. The police are trying to ascertain their role in the attack and their association with the ISIS.

The assailant who was killed in the encounter is known as Kujtim Fejzulai and was an active member of the ISIS. He had been born and brought up in Vienna. The most intriguing part of the incident is that the "soldier of the caliphate" as he is called by the ISIS had tried to join the ISIS in Syria in 2019 and was arrested by the Austrian police. He was jailed in April 2019 for 22 months but was released early in December 2019. The reason for his early release is not known. 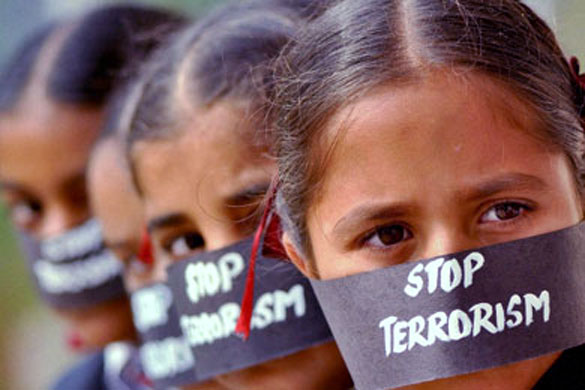 In July this year the neighbouring Yugoslavia had informed Austrian government that two youth apparently of Arab or Turk or Chechen origin on a BMW car had arrived Bratislav and had bought weapons from an arms dealer. Later the Austrian government had informed the Yugoslavian government that the Austrian police had identified one of the two youth who was known to the police for his terrorist affiliations. The Austrian police also told Yugoslavian counterparts that the vehicle used by the two youth belonged to the mother of another 21 year old youth who had earlier tried for his involvement in terror activities.

According to reports, in 2018, the Austrian government had the information that 320 persons in the country had shown sympathy with the ISIS and had even tried to join tbe terror outfit in Syria. Out of them 58 died in the conflict zone, 93 returned to Austria and 63 were prevented from leaving Austria and joining the ISIS.

The attacks on November 3 by an ISIS terrorist exposes the lenient anti-terror laws of Austria and also of the negligence and callous attitude of the police and intelligence agencies. The police had not been tracking the movements and activities of the suspected and convicted ISIS activists.

The terrorists and ISIS sympathisers have also taken advantage of the fair and unbiased justice and police system of Austria and other European countries where the accused are considered innocent until proven guilty. They are not illegally harassed and tortured on communal and ethnic grounds and are not illegally confined uncharged for long years.

But the attacks in Vienna, France and Canada by militant youth subscribing to the ISIS ideology has compelled the European contrives to restructure their anti-terror laws and rethink their attitude towards immigrant Muslims. French President Emmanuel Macron is scheduled to visit Vienna on November 9 and participate in a video conference to deliberate on the issue of their fight against 'Islamic terrorism' and political Islam.