Qutbism at the Root of Al Qaeda, ISIS and Taliban

Not only the Islamic countries, but the whole world is grappling with the menace of Islamic extremism and its outbreak in the form of terrorism. Salafi-Wahhabi-Takfiri ideology and the mission of establishing Islamic caliphate in Muslim majority countries and demand for implementation of Shariah laws in countries where Muslims form only three per cent of population has been behind these outbursts of extremist and terrorist activities in Muslim majority countries. The education system in these countries is dominated by Islamic religious education. In countries like India and Bangladesh where the education system is secular, a parallel system of education runs where Muslims have madrasa education too. The sectarian education there gives birth to Takfiri ideology under which Muslims brand the members of other sects Kafirs and worthy to be beheaded. 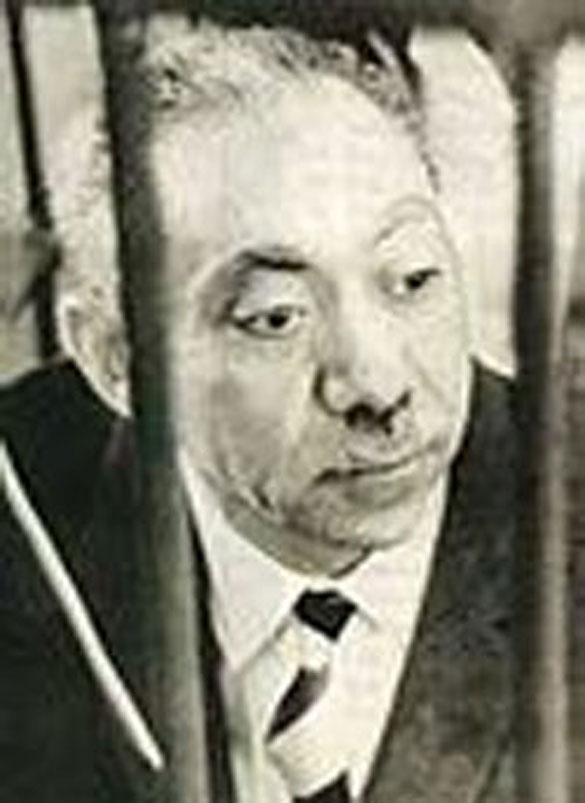 The ongoing operation against TTP in Pakistan by the Pak army and the advance of ISIL, a breakaway terrorist organisation of Al Qaeda in Iraq and Syria that aims at establishing an Islamic caliphate where Christians and other minorities will be summarily killed if they do not pay Jizya (that is what has happened in one of the territories occupied by it) puts forward one question: Is there something wrong with the Islamic education system? If not, why not only a section but the whole Islamic world and the societies where Muslims live have been suffering from the menace of religious extremism and terrorism?

The people associated with this violent movement are not illiterate or devoid of Islamic teaching which time and again exhorts Muslims to be merciful, forgiving and peace loving in their interaction in the society. Indeed, the ground level fighters may not be too educated in Islamic theology or jurisprudence as is the case with all the warring organisations but the leaders and ideologues are highly educated and qualified individuals that have a comprehensive knowledge of Islam – the Quran, Hadith and Fiqh (jurisprudence).

The recent example is that of Abu Bakr Baghdadi the founder and leader of ISIL. He is a doctorate in education and has been the imam of various mosques in Iraq during his association with Al Qaeda. He is also known to be the jurist of Sharia courts in Iraq. What is concerning that as an Islamic preacher and teacher; he has imbibed the violent interpretation of Islamic teachings and the violent concept of Islamic caliphate.

His predecessor, Osama bin Laden is also said to have been educated in Islamic sciences. He also reportedly attended classes of the renowned Islamic scholar and thinker Md Qutb who advocated the concept of capital punishment for apostasy. Md Qutb interpreted apostasy as a collective social issue (violation of Huquq-ul- Ibad) and not a violation of Huququllah. Muhammad Qutb was a professor at either Mecca's Umm al-Qura University, and/or King Abdul Aziz University in Jeddah, and Osama bin Laden and Aiman al Zawahiri (head of Al Qaeda after Osama) were his students. In one of his videotapes, Osama bin Laden is seen recommending Muhammad Qutub’s book, “Concepts that should be corrected” and Ibn-e-Taimiyya’s book “The Book of Faith.” Therefore, it can be understood that Osama was deeply influenced by Qutbism, the radical and extremist philosophy on Islam.

In Pakistan, many of the madrasas established by Jamiat-e-Ulema-e-Islam, the Pakistani faction of Jamiat-e-Ulema Hind preach violent interpretations of Quran and Hadiths leading to Takfiri ideology that has turned Pakistan into a religious inferno. The same Qutbism is at work there as Taliban are an ideological offshoot of Al Qaeda. Islamic caliphate, opposition to democracy, beheading of non-Muslims and some Muslim sects and sub-sects are some points of reference of Qutbism. This Qutbism has been a driving force for the violent terrorist organisations, militia or political or semi political organisations in Saudi Arabia, Pakistan, Afghanistan, India, Indonesia, Malaysia, African countries and Bangladesh. We should call it Qutbism rather than Wahhabism and Salafism.

All this violence, terrorism and extremist ideologies are the result of defective and faulty Islamic education system existing in these counties that stresses more on the outer manifestation of Islam than the inner purification of soul. To them establishing Islamic caliphate is more important than creating and preparing individuals like Hadhrat Abu Bakr, Hadhrat Umar, Hadhrat Usman, Hadhrat Ali and Hadhrat Umar bin Abdul Aziz (may God be pleased with them all). Establishing caliphate without creating such individuals will only give an opportunity to Yazids of the time to rule in the name of running caliphate giving birth to many Karbalas.

Before India’s independence, Allama Iqbal had persuaded a landlord of Pathankot, Chaudhary Niaz Ali Khan to donate land for the establishment of an unconventional madrasa in Pakistan where Islamic education along with scientific education would be imparted. The students there would do research in the Quran and understand it in the right Islamic spirit free from any sectarian outlook.

Mr Chaudhary agreed to it and formed a committee for the madrasa called Darul Islam. Maulana Maududi who was then a young scholar doing his own research on the Quran and Islamic sciences and the cosmopolitan Islamic scholar Muhammad Asad was in the committee. No teacher was taken from among the conventional madrasas of Deoband or Bareilly because they would teach the same ideology of which they were products. The work did not impress the conventional madrasa circle and it was seen with some degree of suspicion as to what this madras was going to do.

Unfortunately, Iqbal died soon after that. Since, Iqbal was the driving force behind this idea, after his death, the project faced a setback. Muhammad Asad got busy with his own academic projects and Maududi also parted company and started his own individual academic pursuits, later founding Jama’at-e-Islami and his own educational publication house.

This was a great setback for the entire Islamic world as all the three Islamic scholars, Iqbal, Muhammad Asad and Maulana Maududi were not the products of conventional madrasas and so had a universal, cosmopolitan and scientific approach to Islam. Had the madrasa come into existence, it would have given a cosmopolitan and inclusive interpretation to Islam. Now, it is an irony that the Taliban quote Iqbal’s couplets criticising and condemning western democracy but forget that he had at the same time advocated Spiritual Democracy or Social Democracy. They also ignore Maududi’s advocacy of a Theological Democracy that is in vogue in Iran.

The damage the faulty Islamic education system has done to Islam is almost irreparable and our scholars and Ulema should be held responsible for it as they produced such an interpretation of the Quran that was not in consonance with the changing world for which Quran was revealed. Quran is not a static scripture but Kitab-e-Zinda, in the words of Iqbal, which means it will evolve with the changing times.