The far right can no longer deny Brevik was inspired by their ideals. Negative attitudes towards Muslims must be challenged 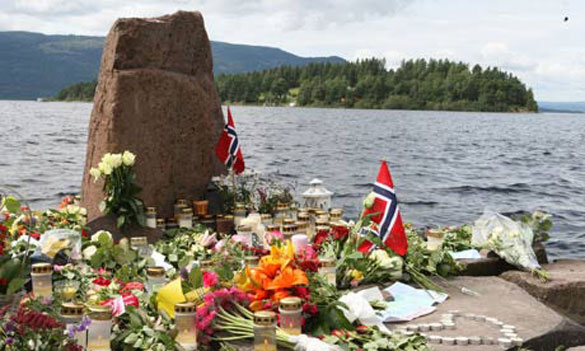 In the immediate aftermath of the terror attacks in Norway last summer, an overwhelming number of Norwegians assumed the country had been struck by radical Islamist terrorists. After all, that was what everyone – from experts on terror to the police intelligence service and the media – had told us to expect ever since September 11.

History speaks for itself: in Norway, terrorist attacks have overwhelmingly come from the extreme right. But the Norwegian authorities have mainly been looking elsewhere. After the attacks of 22 July last year, many of my Muslim friends would tell me that they, too, had first assumed that these were attacks perpetrated by radical Islamists.

On that day, a lot of Norwegian Muslims feared retaliatory attacks, to the extent that some kept themselves indoors. But despite this caution, a number of instances of harassment against Muslims on the streets of Oslo have been documented on that evening.

Among the 69 victims on the island of Utøya were a number of Norwegians of Muslim background. To them, as to so many other young Norwegian Muslims I meet as an anthropological researcher, being part of an increasingly multicultural Norwegian society means being an active, committed and engaged citizen. This assertive "politics of presence" stands in marked contrast to the politics of their parents' generation. The erstwhile Muslim labour migrants from countries such as Pakistan, Turkey and Morocco who came to Norway in the late 1960s and 1970s more often than not "kept their heads down", trying as best they could to ignore the racism many of them experienced, and remaining grateful for the opportunities that Norway had offered them and their offspring.

Norwegian Muslims, who represent some 3% of the Norwegian population, experienced a period of grace after it became clear that the worst terrorist and mass murderer in the country's history was an extreme rightwing Islamophobe, rather than an Islamist radical Muslim.

These were days in which many Norwegian Muslims, for the first time in their lives, would feel that Norwegians stood shoulder to shoulder with them, and acknowledged them as equals. White Norwegian strangers greeted or even embraced them on the streets. The prime minister and Oslo's mayor visited mosques. Across the country, government ministers attended the funerals of Muslim youth killed in the attack. At Nesodden, the funeral of an 18-year-old girl of Iraqi-Kurdish refugee background killed at Utøya, was presided over by the local parish priest and an imam. It served as a poignant reminder of the multicultural Norway that many of the social democratic youth activists at Utøya were committed to. In light of this, it mattered little that on various social media, the Muslim and Islam-bashing continued unabated.

But the first psychiatric report on Anders Breivik, which was released in November 2011, displayed a mind-numbing ignorance about extreme rightwing ideology. With it came more sustained attempts to de-politicise the attacks. Many Norwegians conveniently managed to convince themselves that Breivik came from Planet Wacko rather than Oslo West, and that his ideas and actions had nothing whatsoever to do with Norwegian discourses on Islam and Muslims in the past decade.

The mainstream political rhetoric concerning Islam in Norway has undoubtedly changed for the better in the past year. The number of ordinary citizens willing to contest Islamophobic discourse publicly has risen. But popular attitudes often remain stubbornly unchanged. A 2012 survey indicates that Norwegians hold more negative attitudes towards Muslims than towards any other minority group, except the Roma. Such negative attitudes are more prevalent among Norwegians who profess adherence to rightwing political parties. It hardly seems coincidental that the one witness in the Breivik trial who received death threats on the day was Muslim. It is now little more than two weeks since a provincial leader of the Progress party in Norway declared on a party blog that he "hated Muslims". The response was full and unconditional support from fellow provincial party colleagues, and only the mildest of rebukes from the party's national leadership.

Following the 22/7 trial, it will no longer be possible for Norwegian extreme rightwing Islamophobes to deny that Breivik was in fact inspired and motivated by their ideals, fabrications and distortions. Nor will it be possible for the Progress party, Norway's third most popular party, to deny that its political rhetoric on Islam and Muslims in Norway was part of the ideological formation of Breivik, who was one of their dedicated party members for about 10 years until 2006. After a national trauma, the verdict presents us with the opportunity to finally face and confront the hatred in our midst with the honesty, seriousness and commitment it requires of us all.