Islamophobia and Religious Freedom in the U.S 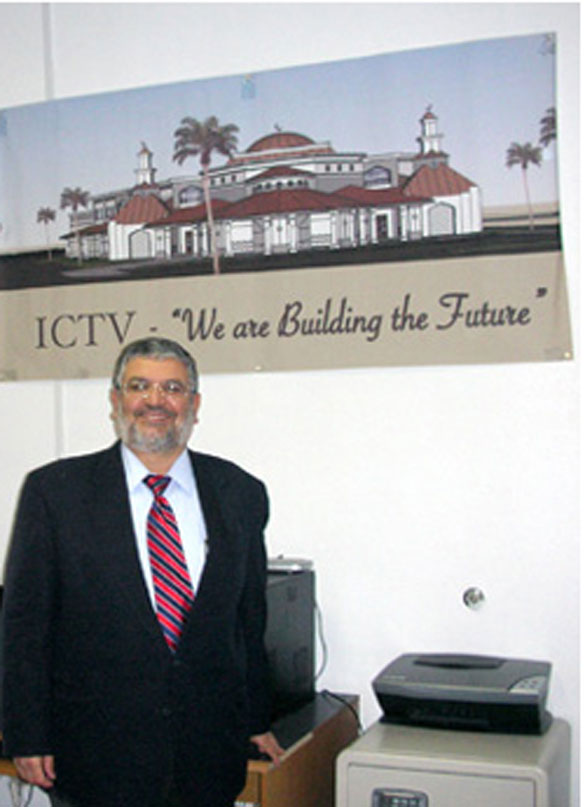 This post is written in conjunction with the “Religion and Law in the U.S.” course dialogue project and is directed by Grace Yia-Hei Kao.

“Congress shall make no law respecting an establishment of religion”

With this amendment to the U.S. constitution, I and many other religious people feel welcome to practice, establish, and propagate our faith in a peaceful and competitive multi-religious environment.  I appreciate and thank the founding fathers for their wisdom and for such a clause.  Due to my understanding of the “Wall of Separation between Church and State”, I did not ask or expect the state to help me establish my religious center (The Islamic Center of Temecula Valley – ICTV), nor did I expect the state to block my effort to establish the center for religious purposes after I met all city codes.  I expected the process to take its normal course like any other religious entity applying for a construction permit.

But as it turned out, the process took more than three years.  It cost more than average and had to go through a public hearing at the planning commission of the City of Temecula.  The city had to notify three hundred houses around the proposed site of the project and there was also an open invitation for people to come for the hearing.  There were hundreds in attendance to voice their opinions.  After more than five hours of listening to testimony and comments from both sides, the planning commission voted (5-0) for granting ICTV a permit to build.  I think they applied the “lemon test” and found our application to pass the test of secularity: no advancement of a particular religion and no governmental entanglement.

A few months later and before the expiration of filing time, the opposition filed an appeal to the City Council.  Another hearing date was set for January 25th , 2011 at Temecula New City Hall in old town Temecula.  Phil Willon from the LA Times reported: “After a marathon eight hours hearing that ended at 3:30 am Wednesday, the Temecula City Council unanimously approved the mosque, a decision officials said was based not on incendiary religious or political issues but rather on such mundane matters as traffic, parking and environmental impact.” In the same interview, I said: “This is a great day for all of Temecula” because it showed that freedom of religion is guaranteed even if it was not welcomed. (Read the article below)

For many in our society, incidents like Muslims requesting a building permit, the violent behaviour of an individual Muslim, or even a political campaign like the one we have this year unfortunately trigger greater amounts of fear of Islam and Muslims.  The media and politicians, for limited popular gain, rush to denounce Sharia or to promise voters that there will not be a Muslim in their future cabinet – they inflame the negative feeling and thereby disturb the social harmony.

Mahmoud Harmoush, Born in Syria, Student at CLU, first year MA with a focus on Islamic Leadership. Imam of the Islamic center of Temecula Valley. Concern with Human Rights issues, Co-Founder of the Syrian American Council.

The council says it based its decision not on political issues but on such matters as traffic, parking and the environmental impact. Construction on the 24,943-sqaure-foot mosque is expected to start this year.

The most visceral opponents of the proposed mosque in Temecula warned that it could become a potential foothold for Islamic extremists, accusing local Muslim leaders of backing terrorist groups.

Supporters, including numerous residents and a contingent of pastors, rabbis and other religious leaders, called the months-long controversy a test of religious freedom and praised the peaceful virtues of Islam. Some dismissed critics as Islamophobic.

After a marathon eight-hour hearing that ended at 3:30 a.m. Wednesday, the Temecula City Council unanimously approved the mosque, a decision officials said was based not on incendiary religious or political issues but rather on such mundane matters as traffic, parking and environmental impact.

"This is a great day for all of Temecula, really," said Imam Mahmoud Harmoush of the Islamic Center, which plans to build the 24,943-sqaure-foot mosque on a vacant lot next to a Baptist church. "Now I think we must again devote ourselves to reaching out to the community."

That may take some work.

During the public hearing, Amy Pina, 42, of Temecula said that assurances from Harmoush and other local Islamic leaders would do nothing to dispel fears of more terrorist attacks by radical Muslims.

"We are not racists and bigots because we are speaking out," Pina said as she addressed the council. "You want to come here, and not abide by our laws, then you can just turn around and find another place to live."

Dozens of residents and speakers from as far away as Los Angeles and Hesperia voiced their opposition to the center. Most of their criticism focused on potential traffic congestion that the mosque would generate on neighborhood streets, although city planners said an independent traffic study showed the center would have minimal effects.

But the debate also was fraught with religious undertones. Pastor Terrell Berry of the Orchard Christian Fellowship in Temecula said there are both Christians and Muslims who fail to live up to the tenets of their faiths, breeding confusion and fear among the disparate religions.

An equal number of speakers said the criticism was rooted in an ignorance of Islamic beliefs and emphasized that Muslims have a right to be treated the same as other religious groups.

"This is our nation as much as it is anybody else's," said Lt. j.g. Asif Balbale of Murrieta, a Navy chaplain based at Camp Pendleton who came to the U.S. from Kuwait after the Gulf war. "There is nothing wrong with building a mosque in America. It only makes our nation stronger and it sends a strong message across the world that America recognizes its diversity and appreciates it."

Early in the hearing, City Atty. Peter Thorson warned council members that they could only consider land-use issues when reviewing the project and that to base any decision on religious, political or social factors would violate freedom of religion under the 1st Amendment.

The mosque and center will feature a Mediterranean design seen in many Temecula neighbourhoods, though the building will have traditional domes topped with crescent moons. The facility will be built in two stages, with the first limited to a 4,100-square-foot mosque to serve about 150 Muslim families living in Temecula, Murrieta and surrounding communities.

The Islamic Center, which has existed for years in a warehouse in one of Temecula's industrial areas, bought the property for the proposed mosque 10 years ago and has been raising money to build the facility ever since. Construction on the first phase of the project is expected to begin this year.

Harmoush said that it's become increasingly difficult for the Muslim community to build mosques around the country because of irrational fears about Islam, with the best example being the heated debate over plans for an Islamic center and mosque near the World Trade Center site in New York.

"This is the sentiment, unfortunately, in the last couple of years," he said. "We have more challenges to face than someone living in the Middle East or somewhere else. We have to prove ourselves. We have to be an example for our children and families and, yes, for the community at large."

During the hearing, Councilman Jeff Comerchero said officials had received hundreds of letters and e-mails about the mosque. He said he was struck by one critic who questioned how he would explain his vote to his children and grandchildren.

"The answer to that question I kind of formulated in my mind throughout the evening," he said before the vote. "What I'll tell my children and my grandchildren was that I was proud to sit up here and uphold the Constitution."