The Version Of History Presented By Islamophobes Is Banal

The mass incarceration of Uighurs in China. Rohingya terrorised and driven out of Burma. Indians hacked to pieces and burnt alive in Delhi. Germans of Turkish origin shot dead by a far-right activist in Hanau. All recent events that tell us how disconnected populations have been brought together as global targets for anti-Muslim activism. Like the militant Muslims who inspire and enrage them, these activists invoke lengthy histories of conflict spanning the world, the narrative of one being used to justify that of the other in a paradoxical partnership. 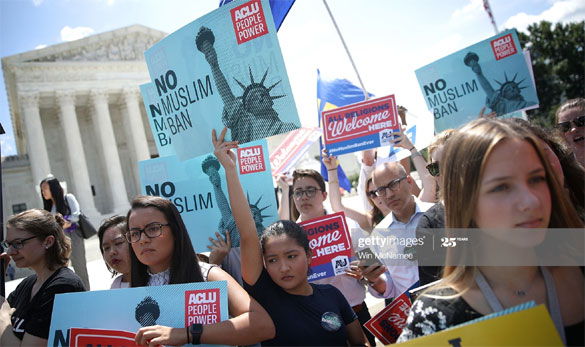 In fact, anti-Muslim feeling was sporadic and lacked a global dimension until recently. Despite having been classified by colonial governments in religious terms, the immigrants who came to European countries after independence neither asserted their religious identities nor experienced discrimination based on it. In the United Kingdom, Hindu, Muslim and Sikh migrants from India, Pakistan or Bangladesh rarely defined themselves by religion in public life, and were seen by government as well as anti-immigrant movements in racial or national terms.

When and why did religious identities come to define public debate and social conflict in so many parts of the world? The answer has to do with the larger processes of globalisation – economic, cultural and political – within which such identities have been transformed since the 1990s. That decade saw a worldwide surge of religious “fundamentalism”, of which Islam has emerged as the most prominent example. And the story of how this happened begins with the cold war.

For Europe, North America and Australia, the chief destinations for those leaving Asia and Africa starting in the 1950s, Islam did not become a political issue until the cold war ended. Islam impinged upon the west in events such as the Iranian revolution of 1979, but it was the mobilisation 10 years later against Salman Rushdie’s novel The Satanic Verses that established its global credentials. Starting in the UK, the protests over Rushdie’s novel moved on to India, Pakistan and thence to the rest of the world. 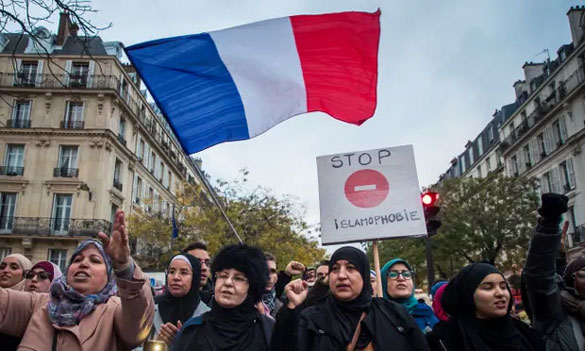 A protest against Islamophobia in Paris, November 2019: ‘Islamophobia has not supplanted its racist predecessors, but energised them.’ Photograph: Christophe Petit-Tesson/EPA

Mobilising Muslims without ideological or institutional connections, the protests spread through television but were made possible by the new global arena brought to light with the cold war’s end. Emerging from the Soviet Union’s collapse, this was an arena defined by global communications and supply chains tethered to the uninterrupted march of capitalism. No longer divided into rival hemispheres by the two superpowers and their allies, the global arena had been emptied of its political character, and so was free to be occupied by cultural and civilisational disputes.

But Muslim movements became globalised in this arena out of weakness not strength, because they were unable to prevail against the post-colonial dictatorships of Asia and Africa. This was acknowledged by al-Qaida’s repudiation of the “near” for the “far” enemy: its decision to attack the western countries enabling Middle Eastern regimes such as Saudi Arabia. But Islam’s globalisation only signals its fragmentation, as exemplified by such militant outfits, whose members lack a common origin and are disconnected from traditional religious authorities.

The Rushdie affair also laid the groundwork for an anti-Muslim rather than simply an anti-Asian, anti-Arab, anti-Turkish or anti-immigrant response in Europe. Starting with accusations of extra-territorial loyalties, and followed by charges of fanaticism, terrorism and even desire for world conquest, anti-Muslim feeling came to be defined in historical terms as a “clash of civilisations”. But Muslims were not the first group to be elevated into a global target of this kind, having been preceded in this role by Africans and Jewish people. 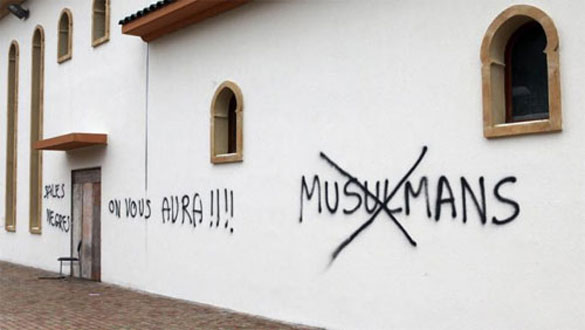 While anti-black discrimination possesses a varied past in many cultures, it was globalised as part of the history of capitalism, with people of African origin understood as labour reduced to its ultimate form, part animal and part machine. If Africans represented the dehumanisation of labour for Europeans, the anxious recognition of which had to be disavowed by its racialisation, Jews came to represent another kind of racialised anxiety, about the dismantling of cultural and other boundaries as part of capitalism’s global reach.

The previously theological status of Jews as “Christ killers” in medieval Europe or treacherous subjects in the Muslim Middle East was subordinated to that of the “capitalist bloodsucker” in modern antisemitism, a phenomenon that is no longer confined to any religion or geography. The portrayal of Jewish people as a conspiratorial minority working behind the scenes to deceive and master the world depends upon the trope of invisibility, just as the demographic threat posed by a black population rested on its hyper-visibility.

The term Islamophobia was coined during the 1990s, referring neither to labour, as with anti-black racism, nor capital, as with antisemitism, but a global arena without a politics of its own. Islamophobia has not supplanted its racist predecessors, but energised them in a context where nation states seem unable to display political mastery against non-state forces, whether environmental, economic or civilisational.

The global arena remains politically imponderable: the human race that has emerged as its true subject, in an age of terrorist panic, pandemic and climate change, has no way either of representing or debating itself institutionally. But this arena can be familiarised by taking the European past as a universal model, and dehumanising newly global enemies such as Islam with a historical genealogy that links the Arab conquest of Spain to Islamic State. Islam is thus conceived as a totalitarian ideology, or the kind of religious fanaticism that western civilisation has not seen since the wars of religion. Even Americans repudiate their exceptionalism when it comes to Islamophobia, linking 9/11 to a history stretching from the Crusades to the Ottoman siege of Vienna.

But the version of history presented by Islamophobes is banal, lauding the Reformation or Enlightenment and proposing not some radical new vision of society, but familiar liberal virtues such as free speech and gender equality. These virtues, they argue, can be defended only by the exclusion, expulsion and even extermination of Muslims. Increasingly associated with violence in the west, however, Islamophobia’s brutality is most readily seen in Asia, a continent awaiting its recognition as capitalism’s new home. 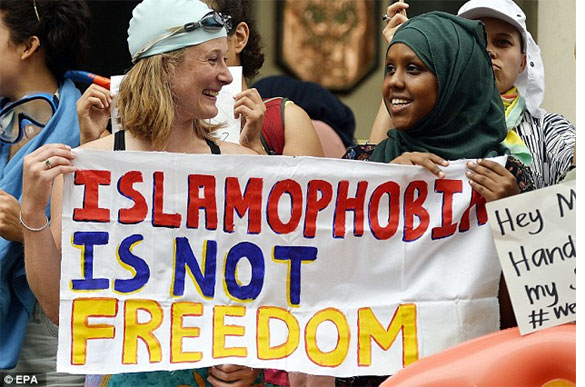 Here anti-Muslim violence emerges from the globalisation of older conflicts. In India, domestic narratives about Hindus and Muslims as brothers who betray each other but can always reconcile are being replaced by new stories about alien and permanent enemies. This may not alter the violence deployed against Muslims, but it buries even the myth of coexistence in some imagined future. As its own influence wanes, in other words, Europe offers the global arena a history with which to imagine a politics for the future.

Original Headline: From Xinjiang to Germany: how did Islamophobia become a global phenomenon?