•        The Tea Party hosted Texas' ACT! for America co-director, Dorrie O'Brien to speak on Sharia Law and the Muslim Brotherhood

•        O'Brien's speech alienated all Muslims as radical, and exclaimed that the U.S. is currently at war with the Muslim Brotherhood 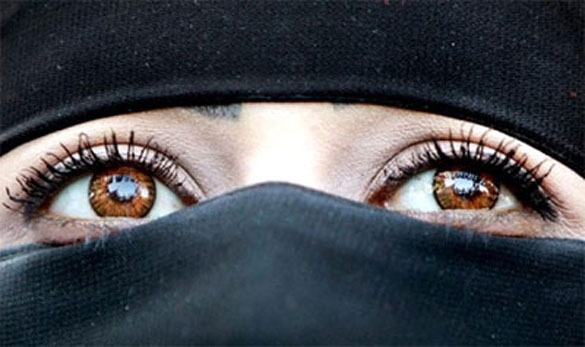 Radical Islam and Sharia Law were discussed at the San Angelo Tea Party's bi-monthly meeting on Tuesday. (Photo from www.telegraph.co.uk by Shelina Janmohamed)

By then, the wide and brightly-lit hall had all but cleared, leaving behind only the faint smell of cookies and stale coffee, where a half-hour prior excitement and anger had rung out. There had been roughly 40 members and guests in attendance—a mostly white and graying audience identifiable by their red polos with the name "Tea Party" proudly emblazoned on the breast—but Campbell’s opinion hadn’t stood alone.

“There is 1.6 billion…Muslims in the world, and they claim that only 10 percent of the Muslims is radical Islamists,” Campbell continued. “That means there is 160 million Muslim terrorists in the world.

“Now, it only takes one with a car bomb to kill hundreds of people. Now, how can you tell which one out of ten is the bad guy?” he paused slightly, “I don’t trust any of them. “

The group had gathered to hear Dorrie O’Brien, author of  “500+ Islamic Words You Should Know” and co-director of ACT! for America in Texas, speak on Sharia Law and the Muslim Brotherhood at the bi-monthly San Angelo Tea Party meeting at the West Texas Training Center.

The presentation topic and timing were calculated, Campbell confided. Held just hours before the stroke of midnight on the eve of September 11 when the nation is already sensitive to the Muslim population, the Tea Party hosted the presentation with the intent of educating their audience, in line with the objectives of ACT! for America.

According to their website, "ACT! for America is a non-partisan, non-sectarian organization whose mission is to give Americans concerned about national security, terrorism, and the threat of radical Islam, a powerful, organized, informed and mobilized voice."

What exactly constitutes radical Islam versus regular Islam, however was not mentioned in the presentation, nor was the speaker able to expound upon the idea.

When asked by a member of the audience whether or not there is “such a thing as a‘moderate’ Muslim,” O’Brien hesitantly replied: “I don’t know how to answer that question any more than anyone else does,” she said. “because you don’t know. Islam itself, as far as I’m concerned, is a poisoned well.”

This theme was carried out consistently throughout the presentation.

“We are at war in the U.S. today,” began O’Brien in her opening statements, “with the Muslim Brotherhood. Make no doubt about it,” she continued.

The presentation was based primarily on O’Brien’s book, and began with a brief but vivid description of the Islamic faith and Sharia Law.

“Sharia Law was made from the Qu’ran. It is ‘the perfect book’…so justice to them is the result of the full application and enforcement of Sharia Law,” O’Brien said, citing that this type of justice system and punishment exists in place of the system of man in Muslim cultures.

There is a fear that allowing Muslims certain freedoms to exercise the rites of their religion in the United States will lead to their pushing for the institution of Sharia Law in governing justice among themselves.

In an article posted by Trish Choate on September 28, 2009 on the Abilene Reporter-News website titled “Congressional candidate: No More Muslims to U.S.”, this fear is addressed:

The blog pushes the wrongheaded idea that there is a huge clash of civilizations between Christianity and Islam, said Eric Ward of the Chicago-based Center for New Community, a faith-based organization including Christians, Jews and Muslims.

“The truth of the matter is that the only clash that’s going on is amongst extremist elements in Christianity and Islam,” Ward said.

The question concerning the San Angelo Tea Party then becomes ‘Are there elements of extremism present in the party?’

During the Q and A session after O’Brien’s presentation, one member of the audience asked: “As Americans, what can we do to slow this down, or to stop them from coming here?"

“This is a damn war we’re in!”, O’Brien continued. “And if we can’t get our troops out—and that is what you guys are all here for, to get the troops out—say the right words, talk the right words, get out there and say ‘we’re at war, and it’s here, in the United States’. It’s the best thing we can do is education…”

As O’Brien continued to talk about the importance of electing conservative officials to public office, a man in the front row interrupted with a shout: “Would’ve been for terminance [sic],” the man said.

“Well, I don’t won’t to talk about that tonight,” O’Brien replied. But the audience still wasn’t quite ready to wind down.

“We got to become crusaders and put that cross on our chest again,” another man spoke out from somewhere in the middle as O’Brien concluded her speech.

In her final comments, Dorrie O’Brien clearly stated that she would not tell the public that every single Muslim in the United States would turn on them, but that every single member of the Muslim Brotherhood would, and that they must be stopped.

Dorrie O’Brien is a graduate of the Strategic Engagement Group for the Study of Islamic Doctrine in Washington, D.C. She is also an ACT! for America National Mentor and Chapter Leader based in Grand Prairie. She may be booked for one-hour presentations and continuing education on the erosive creep of Islam, The Muslim Brotherhood and Sharia Law in the United States, her business card states.

Chelsea Schmid is a 2010 Journalism graduate of Angelo State University. Originally from Midland, Chelsea has just returned from a three-year tour of Europe (residence: Germany) where she studied and taught English at the University of Applied Arts and Sciences in Hannover. Chelsea has been writing for San Angelo LIVE! since the first iteration in 2007.