"Sharia law" and "Islamophobia “are popping up more often these days, but are they still largely undefined to most Americans?

While the horrible hostage violence in Algeria last week was brief, it received considerable attention from the media. But the Algerian situation was an offshoot of on-going strife in Mali which has been raging for nearly a year with virtually no attention. 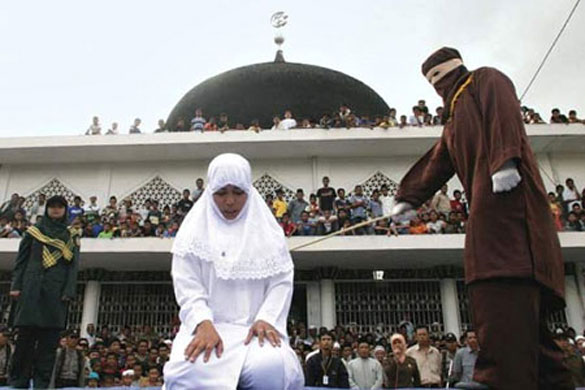 During that time, northern Mali has become controlled by Al Qaeda associated groups, who have introduced Sharia law into an area as large as the country of France.

Now we are steadily hearing the terms "Sharia law" and "Islamophobia," but do we understand their significance?

According to Reza Aslan, a religious scholar and contributing editor to The Daily Beast, Sharia does not exist because it cannot be pigeon-holed into a single code of Islamic principles and values.

That is the same thing Islamic apologists say about their religion, that Muslims cannot be categorized into a monolithic group any more than Christians.

The controversy arises because what supporters of Islam are saying does not jive with what Sharia law and extremists are doing. So-called moderate Muslims do little to condemn the actions of those who wage jihad on the rest of the world. Whether the lack of response is fear or apathy makes little difference because silence is often viewed as compliance, which generates concern about terrorist activities. And that results in what is known as “Islamophobia.”

Is Islamophobia moving into the same category as the term “racism” where it is conveniently used whenever someone disagrees with a member of the offended group? Yet, is there any other religion in the world that has perpetuated so much violence and radical turmoil on a continuous worldwide scale as Islam?

The answer is obvious and the result is genuine fear of reprisal by many who practice the faith, despite the fact that most Muslims are peaceful even if the tenets of their religion are not.

At the edge of the city of Timbuktu in Mali a sign has gone up that reads, “Welcome to the city of Sharia.”

The trouble is that “welcome” and “Sharia” are not compatible. The sign is an oxymoron.

Sharia law, in whatever form it is practiced, is a harsh, cruel system of religious and individual  guidelines that make any sort of personal freedom a nightmare to obey, even for the most devoted Muslims. Sharia law in its purest sense defies the humanity of civilized lifestyle.

Timbuktu was noted for its international music festivals until the Islamic regime took over. Now the only music that is heard is the sound of Koranic verses, even on the ringtones of cell phones.

Citizens of northern Mali have been flogged with camelhair whips for minor infractions. Thieves have been strapped to chairs and had hands amputated, sometimes without painkillers. Women are being arrested for the simple act of wearing a veil that was not black.

One owner of a small chain of hotels and two nightclubs that featured hip hop music and local prostitutes claims that all of his properties were burned to the ground.

Many of Timbuktu’s Islamic shrines have been destroyed because they were regarded as idolatrous. It is the same reasoning that led to unrest over cartoons about Muhammad in Denmark and chaos throughout the Middle East because of a YouTube video.

To protect the citizens of the city, Timbuktu’s mayor ordered them to cooperate with the rebels so they would not be killed for retaliating.

Muslims ruling Muslims with iron fists and medieval laws. Is it any wonder moderates are afraid to speak out?

This is but a small sampling of life as it is lived under Sharia law. Does Reza Aslan mean to say that just because punishments are different in different places that exist under a Sharia system, there is no such thing as Sharia law? That’s like saying the New York Yankees and the Los Angeles Dodgers don’t play baseball because their parks are not the same.

Anyone would naturally fear such a system, especially after living in a free society. Is it therefore unfair to be afraid of such conditions? Can that truly be defined as Islamophobia?

Many people living in jihadist northern Mali for the past year welcomed the intervention of French forces into the as a sign of hope and much needed relief.

The attacks in Algeria appear to be over for now, but hopefully the hostage situation and loss of life in that country will create awareness of the continuing problems in northern Mali.

Apologists say that Islamophobia, or anti-Islamic sentiment, is growing throughout the world which is leading to a decline in multiculturalism. In truth it is the other way around. There is not enough knowledge about the complexities of the Islamic world.

The time has come to educate ourselves so we can better respond to growing worldwide threats of terrorist activity. Call it Islamophobia if you like, but it is a sure thing Sharia law is something that no American has any desire to experience.

This article is the copyrighted property of the writer and Communities @ WashingtonTimes.com. Written permission must be obtained before reprint in online or print media. REPRINTING TWTC CONTENT WITHOUT PERMISSION AND/OR PAYMENT IS THEFT AND PUNISHABLE BY LAW.