Taliban Fatwa on Terrorism That Needs To Be Refuted: Circumstances In Which The Slaughter Of Common People Among The Infidels Is Justified --- Part 1 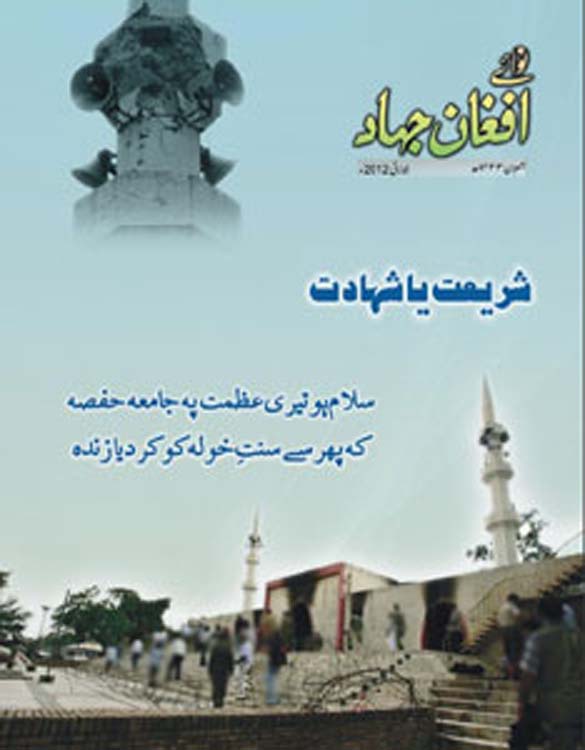 In view of this urgent need New Age Islam is reproducing an article from the Taliban mouthpiece Nawa-e-Afghan Jihad (July 2012). This is the first part of a continuing article in this monthly magazine explaining why Wahhabis believe that killing innocent civilians – men, women and children - among infidels (all non-Wahhabi Muslims, ex-Muslims and non-Muslims including ahl-e-Kitab) is permitted in their version of Islam. It is imperative for all mainstream Muslims to realize the real, murderous nature of Talibanism, and unequivocally denounce this ideology on the basis of Quran and Sunnah for the sake of world peace as much as for preserving the good name of Islam. Those Wahhabis who do not subscribe to these extremist ideas generated by the founder of this sect, Mohammad ibn-Abdul Wahhab and his ideological mentor Ibn-e-Taimiyya should disassociate themselves with the sect completely. If you are Wahhabi not because you appreciate the intolerance and extremism of this ideology but simply because you abhor visiting Sufi shrines and showing respect to the Sufi saints, you must understand that you don’t have to be a Wahhabi to abstain from vesting shrines. There are many non-sectarian Muslims or even Muslims belonging to other sects who do not visit shrines but are also not Wahhabis. You don’t have to be a Wahhabi or Salafi to be a muwahhid. – Sultan Shahin, Editor, New Age Islam

Sheikh Yousuf Al-Abeeri (RA) was a famous and great scholar of the Arabian Peninsula. He was very close to and had an emotional bonding with Sheikh Osama (RA). After the great war of the 11th September, he fearlessly supported the great act of the holy warriors and justified the acts in the light of the Islamic Shariah. The Saudi government arrested him for the crime of telling the truth. He was severely tortured and was rendered a martyr during incarceration.

What was the motive behind the actions taken against the United States of America in which the destruction of the World Trade Centre  and the ministry of defense, the attack on  White House and the Congress and the kidnap of airplanes along with the passengers? Was it justified for the Muslims or was it haram (religiously prohibited act) and a condemnable crime as some people claim?

The answer to the question above has a few constituents. People who condemn the acts put forward the most important argument that a great number of women, children and noncombatants were killed during the destruction of the WTO which the Islamic Shariah forbids. The objection can be rejected by the mention of the special circumstances that invalidate the commonality which they used to back their argument. The truth is the innocence of these people is not absolute. There are circumstances in which killing them is justified whether intentionally or unintentionally. We cite these special circumstances below:

“The sacred month is for the sacred month, and for the prohibited things, there is the Law of Equality (Qisas). Then whoever transgresses the prohibition against you, you transgress likewise against him. And fear Allah, and know that Allah is with Al-Muttaqun. “(Al Baqra: 194)

“And those who, when an oppressive wrong is done to them, they take revenge.

The recompense for an evil is an evil like thereof, but whoever forgives and makes reconciliation, his reward is due from Allah. Verily, He likes not the Zalimun (oppressors, polytheists, and wrong-doers, etc.).

And indeed whosoever takes revenge after he has suffered wrong, for such there is no way (of blame) against them.

The way (of blame) is only against those who oppress men and wrongly rebel in the earth, for such there will be a painful torment. (Ash Shoora: 39-42)

And endure you patiently (O Muhammad), your patience is not but from Allah. And grieve not over them (polytheists and pagans, etc.), and be not distressed because of what they plot.

“And if you punish (your enemy, O you believers in the Oneness of Allah), then punish them with the like of that with which you were afflicted. But if you endure patiently, verily, it is better for As-Sabirin (the patient ones, etc.).“ (Al Nahl: 126)

This verse was revealed on the issue of maslah (mutilation of dead body or cutting off of the nose, ear and other parts of the dead body). Tirmidhi has narrated along with Sahih Masnad with reference of Ubai bin Ka’ab that in the battle of Uhad, 64 people were killed from among the Ansaar and 6 from among the muhajirs including Hadhrat Hamzah bin Abdul Mutallib. They (the infidels) practiced maslah against them (the Muslim martyrs). The Ansars said, “If some day we targeted them, we would resort to more severe maslah against them. On the day of victory of Makkah, God revealed the verse.

On the occasion of the fall of Makkah, a man said, “Today the Quraish will be obliterated.” The apostle of Allah (PBUH) said, “Abstain from the killing of the whole community except killing four people.”

In the book of seerah (the life and practices of the holy prophet), Ibn-e-Husham has quoted the tradition:

“When the holy prophet (PBUH) saw the maslah (mutilation) of his uncle Hadhrat Hamza’s dead body, he said, “If I was not worried about it assuming the status of sunnah after my death, I would have left him (the mutilated dead body of Hadhrat Hamza) unattended so that it became the food for animals and birds. If in future God gave me victory over the Quraish, I will definitely practice maslah (mutilation) against 30 people among them.”

When the Muslims saw the grief and anger of the holy prophet (PBUH) at the act of resorting to masla (mutilation) on the dead body of Hadhrat Hamza by the infidels, they said, “If on any occasion, God gives us victory over the infidels of Quraish, we will mutilate their bodies so brutally unheard of any Arabian before.” Ibn-e-Ishaque said that this hadith was narrated to me by a person whom I can never call a liar. Undoubtedly, God revealed this verse on the statement of the holy prophet (PBUH) and his holy companions.

And endure you patiently (O Muhammad); your patience is not but from Allah. And grieve not over them (polytheists and pagans, etc.), and be not distressed because of what they plot “(Al Nahl: 126-127)

Therefore, the holy prophet (PBUH) forgave the infidels and forbade Muslims to resort to masla (mutilation).

Ibne Abi Sheba narrates that when the mushriks (the idol worshippers) left the battlefield after the battle of Uhad, Muslims observed that they had mutilated the dead bodies of their brethren by cutting off their noses and ears and slitting their abdomens. On the occasion, the apostle of God said, “If God gives us victory over the infidels, we shall do the same to them”, to which God revealed the verse:

Therefore, masla (mutilation) has been forbidden by the apostle of God (PBUH) as Abdullah bin Yazid narrates in Bukhari, “The holy prophet (PBUH) has forbidden looting and maslah.”

Imam Ibn-e-Hajar has said in Fathul Bari (vol 5, p 120) that masla is defacing and mutilating the body of the deceased like cutting off his organs and genitals. Hadhrat Barida narrates through Sahih Muslim that while sending off the army, the apostle of God (PBUH) would say to the commanders, “Attack with the name of God; fight against the infidels; do not transgress or commit treason or mutilation of dead bodies and do not kill the new born babies.”

“Observe restraint, and your restraint is with the help of God”.

And God mentions the benefits of restraint to the mumineen saying, “If you observe restraint, it is good for you.”