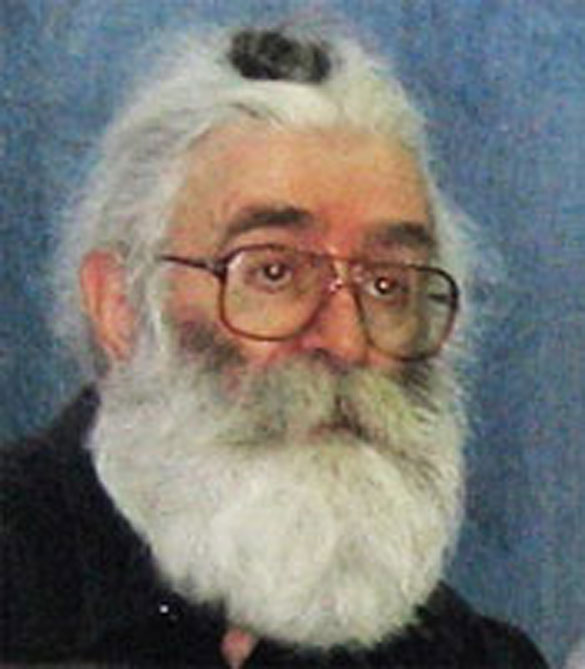 “Former Bosnian Serb leader Radovan Karadzic has been found guilty of genocide for his role in the 1995 Srebrenica massacre.” The media is ablaze with this news.

More than twenty five years after committing the heinous crimes, the International Criminal Court finally sentenced one of the criminals of Bosnian-Serbian war. The other died of heart attack in prison before the verdict was announced. The third, a military commander, now an old man, is awaiting verdict.

‘How long is a piece of string’ one may ask before the authorities and institutions claiming to represent mankind on earth wind the string in to justify their claim and assert their authority?

Comparatively speaking, the trials at the end of WWI and WWII to seek reparations hardly wasted a year?

The Leipzig war crimes trials were held in 1921; and the Nuremberg military tribunals’ trials by Allied Forces took place soon after the end of the World War II. The former is said to be not as very effective as was the later; which is said to be the greatest trial in human history.

At the risk of appearing to be prejudiced, may not one ask as to what was the difference in the crime committed in the two World Wars and later in Bosnia and Serbia where Radovan Karadzic and his associates had operated?

At a glance the difference may be said to be the quantum of lives lost! But are six innocent lives buried in a mass grave any less in moral terms, than say six million killed in gas chambers or estimated sixty to eighty million killed during the war?

Adolf Hitler and his associates like Goebbels, Himmler and others, seemed to have answered the question themselves. They committed suicide perhaps for the pangs of conscience or fear of the short noosed drop of the hangman. Or was it for the combination of all those factors?

The rest were found guilty by the tribunals and were hanged immediately towards the end of 1946, barely a year or so after the end of the war.

Doctor of Alternative Medicine and Psychology, of some notoriety, author of books and papers on morality and ethics of war and also poetry, Radovan Karadzic is considered to be a Christian religious scholar. He had argued justifying war on the basis of Biblical theology and history.

Had he been a Muslim he no doubt would have justified war on the basis of Quran, the Book of Islam; as does Baghdadi of ISIS, and others who are engaged in their form of jihad, religious or otherwise. They too claim to be scholars of some sort even though not quite doctors; at least not yet! The prerequisite for that is of course victory in the struggle they wage. Then the Institutions come out of the woodwork to award their favourites with Doctorates or Honorary doctorate… or even Nobel Peace awarded by one of the biggest armament industries.

These scholar-leaders know that the prize for defeat is death or life imprisonment or humiliation and condemnation of the world.

But Justice, delayed or swift, what is the bottom line criterion on which it could be claimed as universally acceptable standard? Surely not victory or defeat in the struggle, nor the scriptures, for those engaged on both side of the conflict claim that their cause was just and justified by the scriptures!

The scriptures, it must be admitted, are worded and composed by humans. For God does not dictate His words verbatim to man; hence the long contemplation and pondering that takes place in a cave,  on mountain or under a banyan tree by those men who are concerned about issues that plague the society they live in and want to reform it.

The “inspirations” that come from these intense contemplations, for all intends and purposes are for the betterment and reform of human society. But apart from the reformer and perhaps a few of his intimate and closest companions, the inspiration or revelations are interpreted by others to suit their own agenda; who come long after them.

The others, like Radovan Karadzic and Abu Bakr al-Baghdadi, with their own axes to grind must by necessity interpret the scripture to justify their crusade and Jihad. It is therefore mankind judging mankind in the name of justice: Sword in one hand and the Scale in the other, with no reference to the victim in the process for compensation, the Ehsan.

The one who is left out suffering in this process are the Victims of the crimes of wars.

Hitler too contended that it was the injustices of the armistice at the end of the WWI, particularly the promise taken of reparation to the allies that made him take the course of ‘fight back’ in order to redress the harsh conditions imposed on the looser, the Germans nation. In his view two decades was too long for his people to wait for justice!

Karadzic and Baghdadi as representative of their side both speak volumes to portray their side as the victim of injustices committed in the past by the other and therefore claim their struggle is “just war”.  With very important and subtle difference:

Karadzic has only one group of people-- the Muslims as enemy. But Abu Bakr al-Baghdadi, ostensibly a Muslim, has his own brethren and coreligionist Muslims and non-Muslims alike as enemies with obvious consequences for the world!

Many solutions were tried by the well-meaning reformers. In the Biblical stories – of which Karadzic is thoroughly knowledgeable—Moses took flight from the atrocities of the Pharaoh of Egypt; in spite of the Power he had in his Rod to raise to the ground Pharaoh’s palaces and his army. As a result the Palestinians are fighting for their land till today.

Christ advocated turning the other cheek and preached “love thy neighbour as thou love yourself” that had come to no avail; and was nailed to the cross for his troubles. 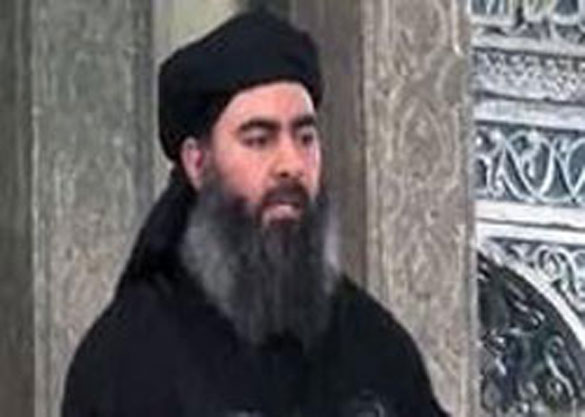 Abu Bakr al-Baghdadi is pretending to be the follower in the footsteps of the Muslim first Hijri righteous Khalifs, whose title and a name he has adopted. But he has taken the very detour of the straying people which the righteous plead to God for guidance to avoid it (1-7). He has done this irrespective of the message of the inspired reformer whose message is “Surely God has commanded balance and doing of good to others and the giving to the kindred and He forbids indecency and rebellion… (16-90)”.

But then he is interpreting that among others, Moses, Christ and Muhammad meant that it is the aggressors who are instructed by God to do justice and be generous to his people in the first place; just like Hitler and Karadzic had argued!