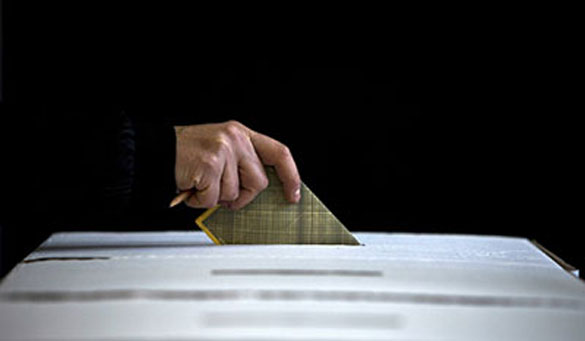 •  Sarabjit in 'deep coma', no surgery till condition stabilizes

•  Afghanistan not a mere bridge: Khurshid

•  Why Is General Kayani Dictating Islamic Ideology As the Basis of the Country?

•  Pak Taliban warn people not to participate in general election

•  Pakistan to seal Afghan border May 11 for election

•  Pakistan should not get single penny till Afridi is released: Dana Rohrabacher

•  From behind bars: 250 inmates of Karachi jail to vote

•  Liberal parties being targeted to pave way for right-wing: Sattar

•  No proposal for US military base in Maldives, insists Minister

•  For Indonesian Atheists, a Community of Support Amid Constant Fea

•  At least 19 Iraqis killed in police clashes with militants

•  Kurdish rebels to begin pullout from Turkey on May 8

•  Israel shoots down drone from Lebanon

•  Parents say Boston bomb suspect was killed in a US conspiracy

•  Tamerlan was trained in Georgia: paper

•  Syria govt has used chemical weapons on small scale: US

The Grand Mufti, Sheikh Sadiq Al-Ghariani has called for gender segregation at universities and in offices.

In an open letter to the President of the General National Congress, the Prime Minister, other members of Congress and the government as well as militia leaders and civil society organsiations, he said that free mixing of the sexes in educational and financial establishments as well as at universities, government offices, companies and hospitals was immoral and called of the authorities to put an end to it.

In his letter, published on Wednesday by the Dar Al-Ifta, he said that he had received complaints about “the deterioration of morals and the widespread phenomena of the free mixing between sexes, with no restrictions or regulations, in all state institutions”.

He also spoke about “the wide-scale spread of alcohol and drugs, to the point where these substances are seen sold on most street corners, at low costs, almost being given free”.

These, he pointed out, were in complete violation of Islamic law.

He said he was responding to a growing number of complaints made to the Fatwa office (the Dar Al-Ifta) by ordinary Libyans. Most people, he said, “were calling for the application of Sharia Law” and everyone in what was a Muslim country expected “special priority to be given to Islamic moral values in a manner that would preserve the nation’s Islamic identity and faith and to take this matter seriously before it incurs the wrath of God”.

His letter noted in particular: Women’s violation of God’s instruction in respect of covering-up, not to expose their beauty, and not to mix with men. It is a well known fact that frequent mixing with men at the place of work and at schools/universities for long hours, makes it rather impossible for one to lower his/her gaze and protect ones chastity.

We all witnessed what has happened in the past weeks when many people had alcohol poisoning which claimed many young peoples’ lives and rendered many others sick or permanently disabled.

Drugs have become freely and widely available and have negatively affected the lives of thousands and thousands of young people, they are undergoing slow death and spreading dangerous diseases, such as AIDS and hepatitis, while we sit back and watch. No plan has been put in place for finding a cure, thus we are wasting one of the most precious state wealth, the youth. While everyone is going on about human resources, turning their back to God’s guidance!

The free mixing between sexes, non-abidance by the dress code, revealing and tight outfits, and the non-covering up by women in general, led to widespread immorality, unlawful relationships, the spread of immoral havens throughout the country.

Increased reports of illegal abortions and operations of the restoring of virginity in and outside the country out of fear of shame became like a nightmare to Libyan families.

The free mixing of sexes at work created family instability as well as to unfaithfulness by couples, makes us all worry. We hear of a happily married man going into a relationship with a female colleague at work and ended up divorcing his wife and vice versa. We also hear of the student who has an unlawful relationship with his classmate and brought shame to the family as the girl started to show evidence of pregnancy, and so on.

The reported cases of sexual harassment at schools, universities, hospitals and medical clinics against female students and female staff has dramatically increased, to the point where some 50 doctors working at one of Tripoli’s hospitals demanded a law banning female staff from working night shifts in hospitals because of immoral incidents.

Sheikh Ghariani said that addressing these issues had to be at the top of officials’ agendas and that there had to be a campaign to bring them to public attention.

“Let us start the campaign by banning all immoral sites on the internet in order to protect the members of our household,” he wrote, “and then find ways of protecting families, through education curriculums which cater for promotion of morality and help protect our youth. We must work on segregating the sexes in all education levels”.

Following publication of the letter, it was reported that the highly popular Grand Mufti had held a meeting with members several Congressional Committees in which he spoke about a number of issues. These included the need for a national database to end fraudulent claims and as well as illegal immigration from across the country’s southern borders, delays in payments of medical bills and student grants to Libyans abroad, the need to adopt the Political Isolation Law, the role of the media, judicial reform and the need to end interest payments.