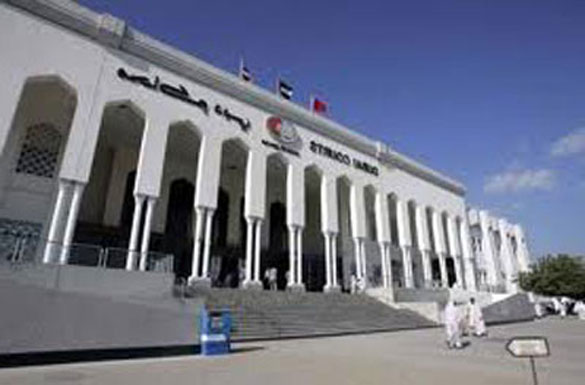 •  Kuwaiti Father prays for miracle to save son from death, for killing Saudi man

•  Indian funeral centre in Emirates for expatriate Hindus, Sikhs and Buddhists, Muslims and Christians by Jan

•  Taliban still a threat to Pakistani security, particularly in northwest

•  Arafat's tomb sealed off in preparation for exhumation

A drunken couple, who were spotted by a policeman naked and indulging in an alleged sexual activity in a taxi’s backseat, entered an innocent plea in court Thursday

Dubai: Judicial bodies have recommended that deportation orders become discretionary in crimes related to sex and honour in the UAE’s Penal Code, a chief judge has said.

The country’s judicial officials such as judges, prosecutors and lawyers and judicial bodies concerned have recommended a list of amendments to be introduced to the Penal Code, said judge Dr Jamal Al Sumaiti.

“The most important recommendation is to make the deportation order optional and not compulsory anymore in crimes related to sex and honour, such as consensual sex, public indecency, breach of modesty and honour, and others. However, deportation remains compulsory in major crimes such as rape and molestation.

“Members of the judicial industry justified their recommendation to amend the Penal Law and make the deportation order discretionary due to many difficulties and complications that resulted since it became obligatory,” Dr Al Sumaiti, the Director General of Dubai Judicial Institute (DJI), told Gulf News.

The Penal Law currently stipulates that a judge is obligated to hand out a deportation order against expatriate defendants who are convicted in crimes of sex, honour, modesty and public indecency or immorality.

Dr Al Sumaiti said judges were obligated to issue deportation orders [as a court order] against expatriate convicts even though cases were dropped and/or complainants had waived their rights.

“If the concerned authorities adopt the recommendations, then the amendments are expected to be enacted in the early stages of next year’s first quarter if not earlier,” said Dr Al Sumaiti on the sidelines of the International Symposium for Justice and Law.

The four-day symposium is being co-organised by the DJI and the US Embassy in the UAE and concludes on Wednesday.

According to the Penal Code previous to 2005, deportation was compulsory in rape and molestation cases that were referred to the Court of First Instance, Dr Al Sumaiti said.

“Meanwhile, it was discretionary in cases of consensual sex, public indecency and crimes of breach of honour or modesty that were referred to the Misdemeanour Courts. Following the amendments that were introduced after 2005, deportation became compulsory against all expatriate defendants who indulge in cases related to sex, honour, public indecency and breach of modesty before the Courts of Misdemeanours and First Instance respectively.

High-profile judges, law enforcement officers and professional consultants from the United States and UAE are participating in the symposium that discusses the latest policies, developments and issues related to the judicial and legislative infrastructure in the UAE.

Al Anoud Al Hammadi, director of the symposium and head of the training department at DJI, said the event offers an extensive overview of the legal system in the US, with a focus on its best practices in alternative sentencing and social media.