M.H. ASKARI, my colleague in Dawn and an Urdu short-story writer of eminence in his youth, wrote about his experience of joining the Anglo-Arabic School in Daryaganj in the late 1920s. On the first day, his principal asked him, “Will you study Sunni Deeniat or Shia Deeniat?”

Not being aware of the sects, Askari went home and asked his father Mirza Mohammad Said, an outstanding scholar who was widely acknowledged and had been Patras Bukhari’s teacher at Government College Lahore. Prof Said promptly replied, “My son will not study any Deeniat at school.”

That is how it was in the days of yore. Religion was an entirely personal matter and parents taught their children about their faith as they deemed it fit. 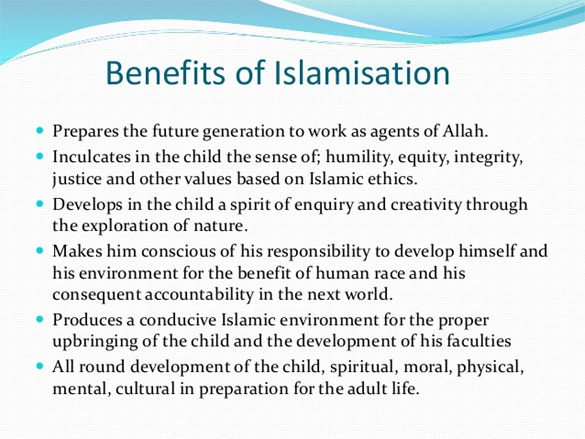 When I went to school in the early years of Pakistan when Mr Jinnah’s ‘Muslims will go to their mosques, Christians to their churches and Hindus to their temples’ speech was still ringing loud and clear, I was not required to study Islamiat. I was taught the principles of my religion in an enlightened tradition by my mother and a master sahib who taught me more of the Persian classical poets such as Hafiz and Saadi. Later, no one stopped me from reading books on Islam to satisfy my curiosity.

If this secular approach termed as ‘La-Deeniat’by the self-appointed custodians of our faith is now out of favour, it does not discredit the rational approach to Islam. My generation that has seen better days can claim without fear of contradiction that in the days when religion was not a prescribed mandatory subject much sectarian harmony prevailed, intermarriages were common and society was more inclusive. Crime rates were lower and work ethics infinitely better.

By the time my daughters started school in the 1970s, religious studies was firmly entrenched in the educational scene in Pakistan. Worse still, it was tightly woven into a strong anti-Hindu/India sentiment. I had to work pretty hard to neutralise this negativity and show my girls the other side of the picture.

Ziaul Haq left no stone unturned to achieve his mission of Islamising education in Pakistan, the wiliest move being to hand over the ministry of education to his political partner — the Jamaat-i-Islami. Islam, which had always been recognised as the state religion, was now described as a Mukammal Zabta-I-Hayatand that meant every facet of life (lifestyle, dress code and even speech) was Islamised, even education. With multiple interpretations, traditions and even translations around, it was inevitable that different views would emerge and they did. Unfortunately, the most obscurantist view gained hegemony.

The infiltration of orthodoxy in our education curriculum at all levels is disturbing. To discuss this sensitive issue the Working Group for Inclusive Education which brings a number of likeminded organisations under its umbrella arranged a webinar recently on ‘Curriculum, textbooks and the rise of mandated religion in the education system’. What triggered off a public outcry was the Punjab Assembly’s move last month to adopt an amendment to the Punjab Curriculum and Textbook Act, 2015, which made it mandatory for all textbooks to be approved by the Muttahida Ulema Board.

A few days later followed the Punjab governor’s notification making the award of all degrees by public universities conditional on the candidate passing an exam on the reading of the Holy Quran with understanding of its translation. The trend had already set in with the adoption of the Punjab Compulsory Teaching of the Holy Quran Act, 2018.

The webinar should help focus attention on what is happening to the future of our children.

What is of great con­cern is the ‘madrasaisation’ of our education, as Prof A.H. Nayyar so aptly put it, in the name of ‘uniformity’ in the Sin­­­gle National Cur­ri­­cu­lum (SNC). Accor­­ding to Prof Nayyar, big chunks of the Islamiat curriculum have been lifted from the Madrasa’s Dars and inserted in our mainstream school curriculum. That includes reading the entire Quran with translation in Grades 1 to 5 as well as memorising a number of hadith in Arabic with their translation.

This period coincides with the age in the child’s life when her cognitive and language skills are developing symbiotically.

This is the age when it must be ensured that the child’s critical faculties are allowed to grow by giving the child freedom to explore her environment and giving a free rein to her curiosity. If what we hear about the SNC is true, the child will become a good rote learner and would be discouraged from asking questions that would in all likelihood be declared ‘blasphemous’.

There is also the challenge of forging a consensus among the multiple fiqh and schools of thought if fissures are not to be widened further. With this massive Islami­sation of the curricula, one can only ask, where will the non-Muslin minorities go?