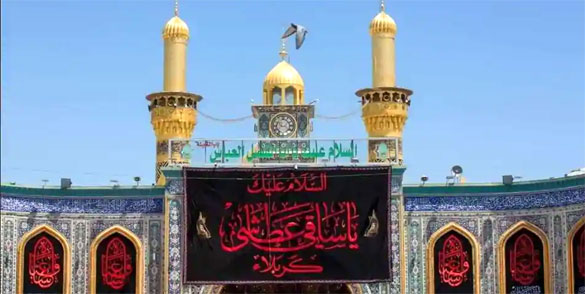 After Ramadan or Ramzan, Muharram is considered to be the most sacred month in Islam and it marks the beginning of the lunar calendar which Islam follows. Unlike the Gregorian calendar that consists of 365 days, Islamic calendar has about 354 days divided into 12 months. Muharram is the first month in Islamic calendar followed by Safar, Rabi-al-Thani, Jumada al-Awwal, Jumada ath-Thaniyah, Rajab, Shaban, Ramadan, Shawwal, Zu al-Qadah and Zu al-Hijjah.

The Islamic New Year, also known as Al Hijri or Arabic New Year, is celebrated on the first day of Muharram as it was in this holy month that Prophet Muhammad migrated from Mecca to Medina. However, the 10th day of the month, known as Ashura, is mourned by Shia Muslims in the remembrance of the martyrdom of Prophet Muhammad’s grandson, Hussain Ibn Ali.

Depending on the sighting of the moon, Al Hijri 1442 will fall on August 21 in India, marking the first day of Muharram. The word Muharram means ‘not permitted’ or ‘forbidden’ hence, Muslims are prohibited from taking part in activities like warfare and use it as a period of prayer and reflection.

Observing a fast on this day is considered a ‘sunnah’ since Prophet Muhammad to kept a roza on this day after Prophet Musa or Moses as per the Sunni tradition. On the other hand, Shia Muslims refrain from attending and celebrating all joyous events in this period and observe the fast on the tenth day of Muharram, commemorating the martyrdom of Imam Hussain who was the son of Hazrat Ali and the grandson of Prophet Muhammad.

It was in the month of Muharram that Allah saved the Children of Israel from Pharaoh. As a sign of gratitude to Allah, Prophet Musa fasted on this day that is the 10th of Muharram. In 622 CE, when Prophet Muhammad migrated from Mecca to Medina in the month of Muharram, he learnt from the Jews that they fasted on this day following the ways of Prophet Musa. Wanting his followers to show the same gratitude to Allah, Prophet Muhammad decided to observe a two-day fast - one on the Day of Ashura and the day prior that is the 9th and 10th day of Muharram. These are the traditional customs of Sunni Muslims.

The Shia community remembers the massacre on the 10th day, Ashura, when Imam Hussain was said to be beheaded in the battle of Karbala. To mark public mourning and remembering the pain given to their great leader and his family, members of Shia community puts on black clothes, observes abstinence, fast and take out processions on this day.