The decision to build a temple and Shamshan Ghat for the Hindu community in Islamabad is no doubt a praiseworthy decision but in the larger scheme it does nothing to undo the theocratic nature of the state that exists under the current constitution in its present form. As I have argued several times in this space, Pakistan is a theocratic state because it creates distinctions between citizen and citizen in Pakistan. By barring Non-Muslims from becoming president or prime minister, it also allows the state to determine who a Muslim is. 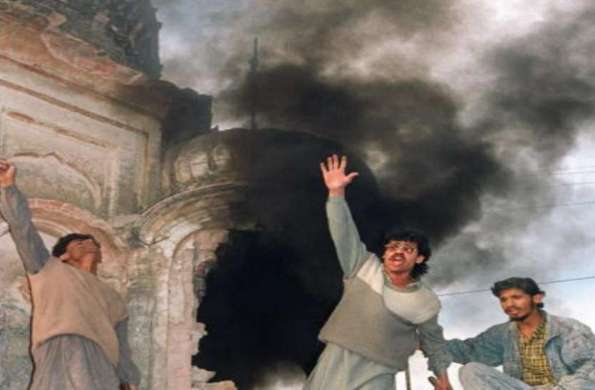 After Demolition Of Babri Mosque, Many Temple Ruined In Pakistan

Those who argue that by opening a temple in the capital Jinnah’s promise on 11 August 1947 has been fulfilled miss the point completely. The “free to go to your temples” bit in that speech is only a small part of that vision. Other parts of that speech include the idea that a citizen’s religion is not the business of the state and that there would be no discrimination in the state on the basis of faith. The most important part of that speech is that in due course of time, religious identity would have no bearing on politics and that “Muslims will cease to be Muslims not in a religious sense, for that is the personal faith of an individual, but in political sense as citizens of the state.” So building a temple in the Capital, while an admirable decision, does not fulfil the vision that Mr. Jinnah laid out before the country. 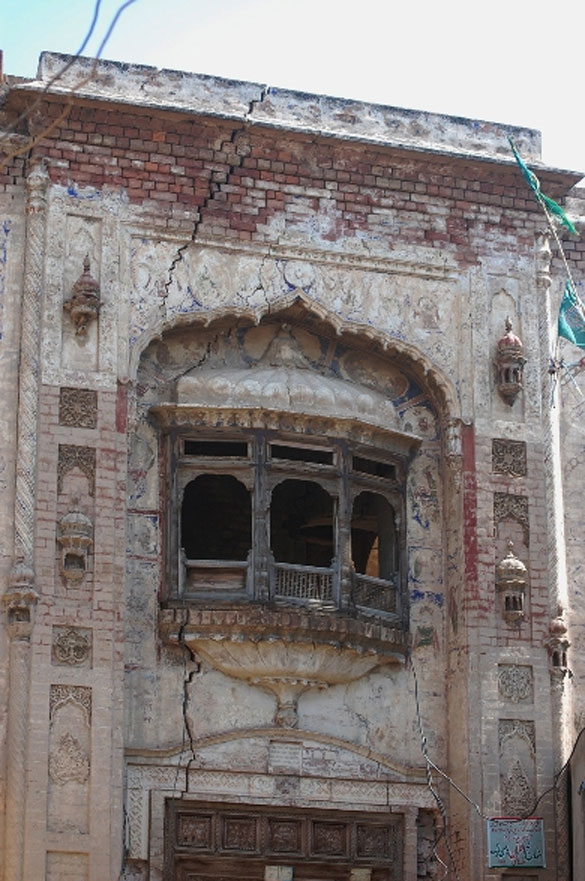 Even otherwise the existence of a theocracy in 21st Century is fraught with enormous difficulties and we see Pakistan’s government being de-stabilised again and again by religious questions. Since 1953 religion has been used as a tool to bring down governments in Pakistan. The most recent example of this was how the PMLN was pushed against the wall in 2017 by the Faizabad Dharna. Today both the government and opposition are playing this politics again. The target of their ire is a tiny community, a forced minority, which has been demonized to an extent that the next step may well be a planned genocide. Even during the pandemic politicians have been ratcheting up the rhetoric against them. Ironically even PMLN legislators – who were victims of this politics- are engaging in the same rhetoric to get back at the ruling party. Thus unending debates about religion continue to plague the country and this in turn has deflected attention from the government’s abysmal performance on the issues that matter. Every time the government finds itself in trouble, the rhetoric against this specific “minority” goes into overdrive. It is because this rhetoric sells, especially after the top down Islamisation of the 1980s. 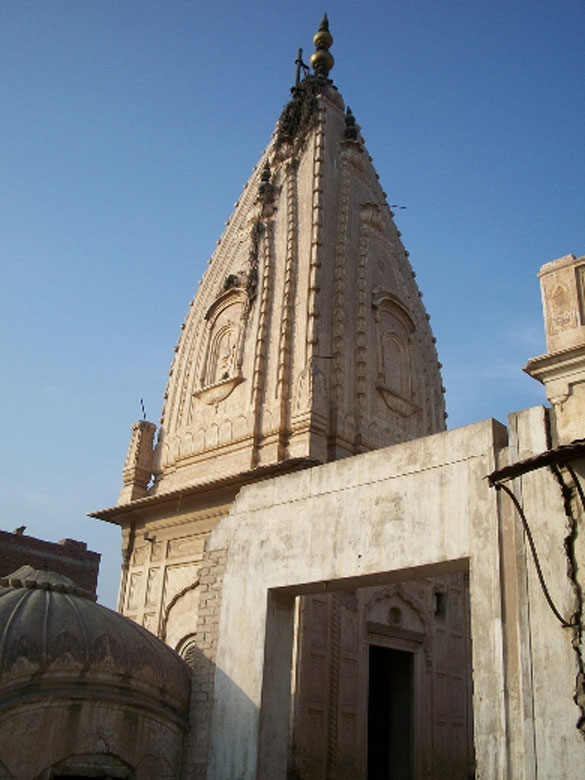 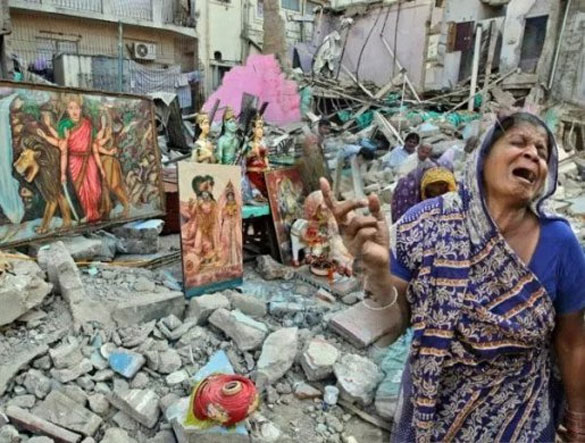 In Karachi, a Hindu temple sealed in the aftermath of Babri

The Pakistani population has been radicalized beyond redemption now and it is unlikely that we will be able to get out of this quagmire at least in our lifetimes. Report after report by independent international commissions on religious freedom point out the impunity with which the fundamental rights of religious minorities are trampled in Pakistan. We may point to India and the rise of fascist majoritarianism and rightly so but we must by the same token accept that India is still a long way to go before it catches up to Pakistan when it comes to systemic and constitutional discrimination against religious minorities. 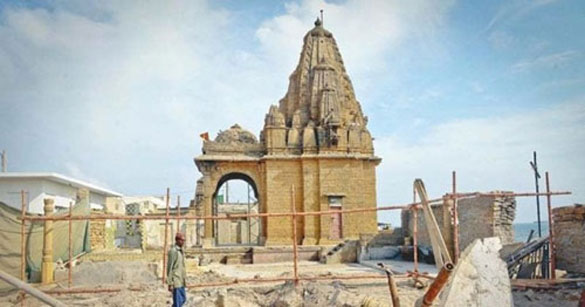 Let us also disabuse ourselves of the notion that Islam demands of us a theocratic order. The history of Islamic civilization is replete with examples of not just toleration but acceptance of other creeds. Islam does not ask for discrimination against others. Nor is the idea of an “Islamic Republic” an article of faith in Islam. Muslim political entities in history have by and large ignored religious questions. This is why Islamic law was not even codified till the idea gained popularity in the latter half of 20th Century. Implicit within the theology of Islam is the idea of choice. No worldly authority can dictate to an individual how to live their private life or hold a religious belief and it is this fundamental principle that is accepted by Islam. Had this not been the case the Muslim world would not have produced thinkers and scientists like Avicenna and Rhazes, both of whom by the way were at best openly agnostic if not atheists. Yet despite this they were tolerated and even respected within the Muslim milieu. The same is true of Ibn-al-Haytham (the father of optics) and Al-Khawarzami (the father of Algebra). These irreligious scientists and mathematicians together formed the Islamic golden age in which Muslims were known for science. Had the Muslim political entities in which they operated theocracies; they would have been put to death but they were not. There was no idea of “inquisition” in this Islamic golden age. Indeed, the very first inquisition in the Muslim world took place in Pakistan in 1974. We as a country have this dubious distinction of introducing a new innovation that hitherto was only associated with medieval Catholic and Protestant Churches and which idea had been abandoned by Christianity during the age of reason.

Hundreds of Hindu temples are destroyed in Pakistan and Bangladesh

Therefore, it stands to reason that all our anxieties about safeguarding Islam in Pakistan do not find sanction in the classical Islamic doctrine. Our penchant for legislation in the name of Islam and fusion of religion and state is the result of a deep-seated insecurity which does no one any good. It does not serve any real cause of Islam. All it has done is retard the progress of this country and will continue to do so for the foreseeable future. Pakistan itself was created to safeguard the economic and political rights of the Muslim majority areas in the subcontinent, which feared marginalization by a Hindu dominated centre. Its rationale was never to create a bigoted theocracy that persecutes minorities in the name of religion and nor was it to create a backward priest-ridden state that would thwart the progress of its citizens, overwhelming majority of whom are Muslims. Indeed, the theocratisation of Pakistan defeats the very rationale of Pakistan i.e. the economic uplift of what was a backward community fearing marginalization. Instead we have only achieved the marginalization of minorities in Pakistan by relegating them to second, third and even fourth class citizens. 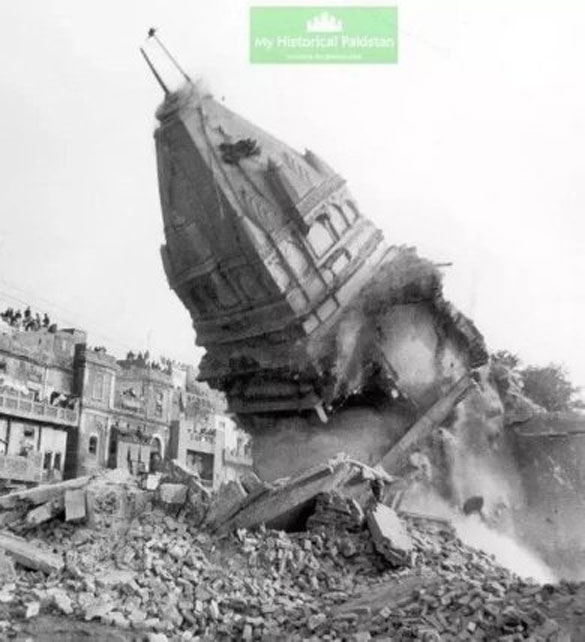 Hundreds of Hindu temples are destroyed in Pakistan and Bangladesh

Original Headline: Travails of a theocracy