The Forging of Faith Identities Is Radicalising People 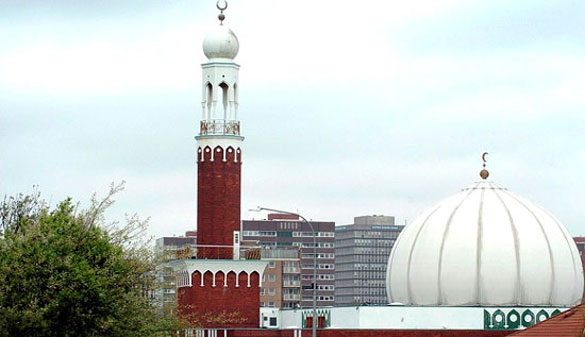 The radicalisation of Muslims in the UK who are prepared to go abroad to wage a holy war has become an increasing security concern. The government has repeatedly warned that so-called British jihadis could return to the UK and pose a significant home-grown terrorism threat. We spoke to Dr. Rumy Hasan from Sussex University, who has written to the Times saying that radicalisation begins in Britain, not abroad.

"So whereas before you had Asians, they became divided into Muslims, Hindus, Sikhs.

"People have been allowed to express their faith identities and have been provided resources, recognition and even exemption to the law."

Wasn't that to satisfy the demands of people from those faiths and ethnicities in Britain?

"To some extent it was. It was the community and religious leaders who are deeply conservative and were hostile to the fundamental tenets of western liberal democracies who have been pushing for separate resources and exemptions to the law. And the government brought in the incitement to racial hatred act."

So you're saying that paradoxically that has fermented radicalism?

"Yes, in the sense that now if your primary allegiance is to your faith, and a lot of radicalised British Muslims are saying we're not British, we're Muslims first, then they have much more interest in what is going on to their fellow Muslims around the world in Syria or Iran or Afghanistan and they might in fact have no material connection with these countries - they might in fact be from India or Somalia.

"Forging of faith identities is radicalising people particularly if they feel unjust policies have been imposed upon their co-religionists around the world."

What can the British government - of whatever political persuasion - do apart from telling people they have to be less sensitive?

"This is what the ministry of defence officials said in an interview last month, when they said that future Afghan or Iraq-type invasions are ruled out because of our increasingly diverse or multi-faith society.

"Second, start forging a common identity. You have very deep segregated neighbourhoods throughout the country and it'll take more than a generation to undo this."

"Once you have segregated neighbourhoods and you start giving in to the leaders of these neighbourhoods and saying, okay you can have mosques and Muslim of Hindu cultural centres, then you vote for me. We actually are having bits of the sectarianism of Northern Ireland and parts of western Scotland creeping into the mainland.

"Political Islam particularly is becoming quite a powerful force."

But wouldn't Muslim leaders be outraged if they weren't allowed mosques and community centres?

"They can, but there is a trade-off: these are granted with the view that you will vote for us, but what you then set in store - which is peculiar where basically faith is dying out amongst the majority white population - is increasingly strong faith identities among strong ethnic and religious minorities."