On Banning Disney's 'Lightyear' Over an Innocuous Kissing Scene

Judaism, Christianity and Other Faiths Don't Cast Opprobrium on Homosexuality and Lesbianism Any Longer, Islam Still Condemns It Unambiguously

“It is perhaps his treatment of sexuality that has the potential to offend the sensibility of a modern (Muslim) reader. In his poetry, Bulleh Shah regularly refers to his Murshid as his beloved. Some of these references are loaded with sexual innuendos. For example at one point Bulleh Shah says:

Inayat will come to my nuptial couch;

I am in great delight.

Bullah has fallen in love with the Lord.

He has given his life and body as earnest.

His Lord and Master is Shah Inayat

Who has captivated his heart. 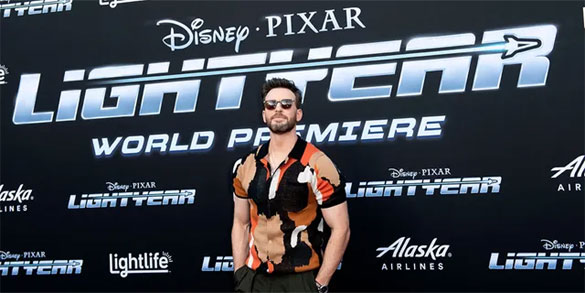 This pertains to the news that Disney's 'Lightyear' banned in Malaysia, Muslim countries over same-sex kissing scene. Homosexuality (Humjinsiyat) has always been an uncomfortable subject in all faiths, esp. in Judeo-Christian traditions and tributaries.

Beginning with Leviticus 20:13 in Jewish tradition, “ If a man lies with a man as one lies with a woman, both of them have committed an abomination; they shall surely be put to death; their blood shall be upon them,” and Sodom (the word sodomy, Liwaat in Arabic, stemmed from it) and Gomorrah, two biblical cities, getting destroyed by god for their utter depravity and indulgence in homosexuality, condemnation of same-sex percolated down to Islam which still has an unyielding stand on it (homosexuality). While Judaism, Christianity and other faiths don't cast opprobrium on homosexuality and lesbianism any longer, Islam still condemns it unambiguously. You may have read how ISIS and Al-Qaeda guys torture and decapitate homosexuals in public.

Now The Question Is: Is Islam Indeed Unequivocally Against It?

Before zeroing in on Islam and homosexuality, it's advisable to know that homosexuality is not an aberration or anomaly. In other words, homosexuals and lesbians aren't nature's freaks. They're normal humans with an alternative (or say, 'different') sexual orientation. Homosexuality is a part of psycho-sexual evolutionary process and is not just limited to humans. Dolphins are by nature homosexual just for fun and male and female dolphins mate to reproduce. Mind you, dolphins are quite intelligent creatures. Homosexual proclivities have been found among the primates, sperm whales and many species of deer.

One of the greatest living minds and a nominal Jew (one should call him an atheist), Yuval Noah Harari is of the opinion that all religions have accrued a sense of shame, sin and stigma to homosexuality. He himself is an avowed gay who lives with his male partner.

The same premise has been raised and analysed in the magnum opus ' Homosexuality in Islam: Critical Reflection on Gay, Lesbian, and Transgender Muslims' by Scott Alan Kugle. The Semitic aversion to homosexuality is a psychological defence mechanism against all Pagan practices prior to the three Semitic faiths, Judaism, Christianity and Islam. The Pagan Greeks and Romans considered homosexuality as Numero Uno Jucunditas (Ultimate Pleasure). In fact, homosexual activities were known as Greek Pleasure in Pagan Greece. Greek poetess Sappho was a bisexual. So were Ovid and Virgil, the classical Latin poets. But the formation of monotheistic Semitism tried to abolish all which even remotely related and belonged to the Pagan past. So, the axe fell on homosexuality in a manner that it was seen as the violation of god's commandments.

Read More:  ‘Gay Rights’ Versus The ‘Human Rights Of Gays’ – A Fresh Insight Into The Broader Message Of The Qur’an

But can any religion completely kill fundamental human instincts? NEVER. That's the reason, there've been homosexuals, lesbians and bisexuals in all faiths and in all eras. Why was Shams Tabrizi killed by Rumi's son? Shams, the elder friend and mentor of Rumi, was rather uncomfortably close to the latter which Rumi's son and other disciples didn't approve of. They got Shams killed. Rumi lamented and called it the Departure of his 'Beloved' Soulmate.

The great Hafiz Shirazi, who wrote exquisite poetry on love, was a confirmed gay and wrote: Agar Aan Turke-Shirazi, Badastayad Dile-Maara/Bakhaale-Hinduash Bakhsham Samarkando-Bukhara (I can give away cities like Samarkand and Bukhara in preference to the black mole on your face; Khaal means Til or a mole and Hindu means a black in Persian). Who was the object of his intense love: A 16-yr-old young lad (Beresh Launda in Urdu) from Shiraz!

Great Persian poet Nizami twice tried to commit suicide when his young lover, a 21-yr-old boy from the present-day Herat, threatened to leave him for another man! What's Baccha-Bazi (a slang term for young catamites; a catamite is a bottom or a passive partner in a homosexual activity, a sodomite is an active one) of Afghanistan and NWFP, which's so popular among the virile and priapic Pathans of that region?

Ismat Chughtai's controversial short story ' Lihaaf ' (The Quilt), based on two lesbians, was written in 1942 and appeared in Adab-e-Latif. She gave the dialectical euphemism, 'Chapti Khelna' for lesbian sex to Urdu literature.

Babar's autobiography Tuzuk-e-Babri (translated and deleted in parts by the great moralist Abdurrahim Khankhana in his Persian rendition as Babarnama) was full of references to homosexuality. Babar was very fond of young boys. The Turkish word Seraglio for a Harem was actually a harem, full of pre-pubescent boys for obvious purposes.

The Arabic word Gulma used in Islamic literature is a boy used for amorous purposes.  So, when homosexuality is prevalent, if not rampant, in all cultures, faiths and civilizations, why should ban a movie based on the theme of same-sex? Why on earth should a religion decide what its followers should watch? Let them watch anything and stop this totalitarianism.