A Relation Between Soaring Meat Prices And A Woman's Exposed Thighs!

This Mutton-Headed Imam Reminds Me Of Yet Another Bovine-Brained And Ever-Quarrelsome Muslim Apologist Sheikh Ahmed Deedat, Who Once Infamously Said, " The Onus Of Men Going Astray Rests On Women Who Don't Cover Their Face And Body." 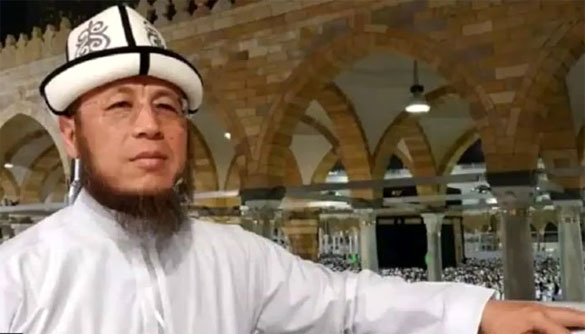 An Imam in Kyrgyzstan believes that meat prices have gone up in the country because of women exposing their thighs.

Award-winning Imam Sadybakas Doolov blamed women for the inflating prices of meat saying that women cheapen themselves when they choose to show bare skin, OpIndia reported.

In the capital city of Bishkek, he said: “Do you know when meat prices go up in your town? They go up when women’s flesh cheapens."

He added that women become cheap after they "expose their thighs like a thumb.”

This mutton-headed Imam reminds me of yet another bovine-brained and ever-quarrelsome Muslim apologist Sheikh Ahmed Deedat, who once infamously said, " The onus of men going astray rests on women who don't cover their face and body." By the way, Deedat was a Surat-born, South African Muslim 'scholar' who wasted his above-average intelligence in condemning Christianity throughout his life and trying to prove the 'greatness' of Islam. He was 'Dr' Zakir Naik's mentor. So, you can jolly well imagine the kind of a 'preacher' he was.

Though misogyny is embedded in men of all faiths, it's particularly deep-seated among Muslims and esp. among the preachers and religious figures of Islam. First of all, how can women's thighs and soaring meat prices be related? This anatomical analogy has no meaning except for titillation. It suggests a carnal allusion. The problem with Muslim society is that women are sexual objects and Allah created them only for dissuading ' pious ' men from their ' righteous ' path!

In her book ' The Trouble with Islam Today ' (2004), the Ugandan-born Canadian educator Irshad Manji writes that the overall patriarchal attitude of Muslim men, esp. of Ulema, has relegated Muslim women to mere products who survive at the mercy of men. In Islam, a woman's anatomy is a man's autonomy.

Even hijab or veil is a sign of male chauvinism. Men covered their women from top to bottom like tents so that no other (man) could see them. And today, stupid Muslim women are happy in hijab and call it their religio-sartorial right! Nonsense!

It's time to condemn this misogynistic attitude of Muslim men, esp. preachers. for such derogatory comments on women and their specific parts of the body. We talk of gender equality but are still stuck in a female anatomy. This is pitiable.