UK Muslims Revive Temporary Marriages: I Do..... for Now

By Shabnam Mahmood and Catrin Nye

The temporary marriage, or Nikah Mut’ah, is an ancient Islamic practice that unites man and woman as husband and wife for a limited time. Historically it was used so that a man could have a wife for a short while when travelling long distances. So why are young British Muslims adopting the practice now?

"It allowed us to meet without breaking the bounds of Sharia [Islamic law]. We both wanted to date, to go out for dinner or go shopping and just get to know each other better before getting married, which we wouldn't have been able to do otherwise," says Sara.

She is a 30-year-old pharmacist from Birmingham, a Shia Muslim of Pakistani heritage.

'It's Basically a Contract'

Sara was temporarily married for six months before committing to a full marriage to her partner.

"It's basically a contract. You sit down and stipulate your conditions - for a girl who hasn't been previously married, you do need the father's permission," she said.

"We stipulated the duration, my father's conditions, and I requested what you would call a dowry where the guy gives a gift to the girl. It's simple, straightforward and doesn't take long at all," Sara added.

She is one of a significant number of young British Muslims using a temporary marriage as a way of balancing their religious beliefs with their modern Western lifestyle.

Because of the informal nature of the union there are no official statistics to show how many temporary marriages there are in the UK. But a number of senior Shia Muslim scholars and Muslim student organisations told BBC Asian Network there is something of a revival.

There is a sectarian divide among Muslims on temporary marriage. The Mut’ah is practised by Shia Muslims while Sunni Muslims generally consider it Haram - forbidden.

The Mut’ah is particularly popular on university campuses and, according to Omar Farooq Khan, president of the Ahl ul Bayt Islamic Society at Bradford University, the practice is on the increase among Shia students.

"Definitely Nikah Mut’ah is on the rise now due to students becoming more aware about it. Students are educated people so obviously they look around for a solution to their problems from an Islamic perspective," said Mr Khan.

"What else are they going to do? They can't just have a cold shower because it doesn't work and otherwise they just end up doing the Haram thing and having a girlfriend or boyfriend. Many people won't talk about it though, because it is still a taboo subject," he added. 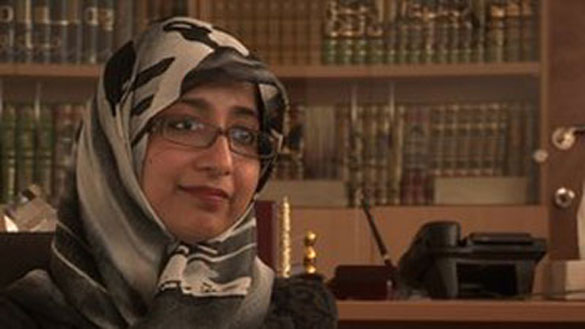 Khola Hassan, a Sunni Muslim and spokesperson for the UK Islamic Sharia Council, says the practice is strictly not allowed. She says it is equal to prostitution because of the time limit applied to the union.

"I have never come across a Sunni scholar, throughout history, who declares Mut’ah marriage to be Halal," said Mrs Hassan.

"There is no difference between Mut’ah marriage and prostitution. There is a time limit on the marriage, and the Mehr given as a gift [from the man to the woman] is the equivalent as a payment to a prostitute," she added.

The Nikah Mut’ah consists of a verbal or written contract in which both parties agree the length of time and conditions for the marriage.

The union can last for a few hours, days, months or years and when the contract ends so does the marriage.

It can include stipulations such as "no physical contact" - or "no funny business", as one parent put it - and the procedure is completed with the Mehr.

Sayyad Fadhil Milani, spiritual leader at the Al-Khoei Centre in Brent, north-west London, is widely regarded as the UK's most senior Shia Islamic scholar and has written about the Mut’ah marriage in his book Islamic Family Law. 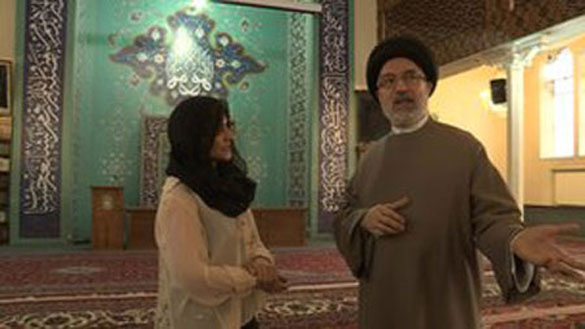 "At the time of the Prophet Muhammad, peace be upon him, it was practised widely, especially when men were travelling away from home on business or at war," he said.

Ayatollah Milani said: "Islam does not permit relationships like those between a boyfriend and a girlfriend. So a Nikah Mut’ah gives them an opportunity to get to know each other before committing themselves to a full marriage."

He admits there is a sectarian divide over the issue: "Umar [ibn al-Khattab, the second Caliph of Islam], himself said that the Mut’ah was lawful at the time of the Prophet but he banned it and said he would punish everyone who does it.

"So some Muslims [in this case Sunni Muslims] are against it because they follow the interpretation and the suggestion made by the second Caliph. The Shias say that we stick to the Koran and the practices of the Prophet."

Although Nikah Mut'ah is a Shia concept, other types of informal marriages are practised by Sunni Muslims, such as Misyar and urfi.

Misyar allows a couple to live separately through mutual agreement while urfi is done without the public approval of the bride's guardians. Neither of these, however, has time limits as with Nikah Mut’ah.

Critics of these informal marriages, both Sunni and Shia, argue they allow a person to have multiple sexual partners and are used as an "Islamic cover" for prostitution or the exploitation of women, with men taking on multiple "wives" for a number of hours.

In these circumstances many of the formalities and parental permissions are dispensed with for the temporary marriage agreement.

BBC Asian Network heard numerous cases of it being used simply as a way of religiously legitimising sex.

Omar Ali Grant, a convert to Shia Islam, from London, has had around 13 temporary marriages but argues that he was just trying to find the right person to spend his life with. He conceded they could be used as a cover for premarital sex.

But he said: "Sex is not Haram per se. In Islam sex doesn't have negative connotations; it is not impure and is not dirty.

"What Islam is saying is sex has to be between consenting adults who are also responsible. Very often it is said that temporary marriage may amount to some prostitution, but it is not that. Prostitution does occur in certain areas of Muslim society, but then again prostitution happens everywhere," said Mr Grant.