Iran Is Now At The Bottom Of The Global Misery Chart: Bread Is Borrowed And Leased

Iran, January 24, 2021—On Thursday, the state-run Arman Daily wrote, “More than 90 percent of Iran’s labour community are in total poverty, and with the current skyrocketing prices, they can’t even procure their most basic needs.” 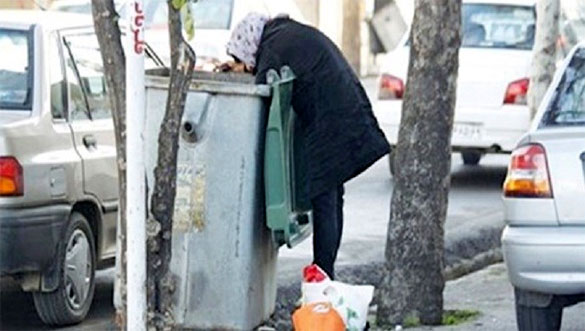 This simple sentence perfectly depicts the tragic state of Iran’s society and the hell that the ruling mullahs have broken loose on the country’s population.

What Arman Daily means by “can’t even procure their most basic needs” is that workers can’t even buy adequate food for their families. They don’t eat meat for months and according to official sources, the consumption of rice and dairy products and other food items that are considered unexpensive, such as bread, has dramatically reduced.

Regime president Hassan Rouhani has time again claimed that there’s abundance of products in Iran and store shelves of full. What he doesn’t say, however, is that most of the people can only watch these full store shelves with envy.

What makes the situation even more disconcerting is that Iran is the eighth richest country in terms of natural resources but ranks 120 from a quality-of-life standpoint. Per the Arman Daily article, “According to information recently published by Iran’s Centre of Statistics, between 2016 and 2019, Iran’s gross domestic product has reduced by 10 percent.”

It is worth noting that this statistic, regardless of their integrity, do not paint a complete picture of the truth of the situation in Iran. This figure is based on the averaged mean and does not account for outliers. Due to the mullahs’ destructive policies, the distribution of wealth in Iran is abysmally unfair. The ruling elite and their cohorts, which account for a very small percentage of the population, have a very large share of the country’s wealth, which they acquire through abuse of power, deceitful economic policies, and repression of ordinary people. The rest of the people have to feed of the crumbs of what the mullahs leave for them. The plundering of the country’s wealth has reached a point that even the regime’s own media are acknowledging that Iran’s middle class has been completely destroyed and the economy is on the verge of collapse, divided between the very rich and very poor. 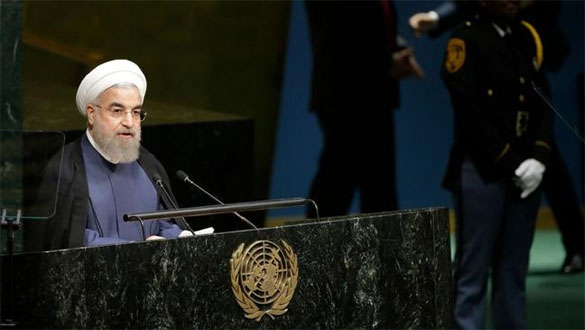 Economist Farshad Momeni warned on December 1, 2020 that Iran’s misery index (the aggregate ratio of inflation and unemployment) has reached 70 percent, and Iran is now at the bottom of the global misery chart.

The regime tries to blame poverty on international sanctions. But even regime officials are admitting that sanctions can at most be blamed for 30 percent of the economic fallout, and the remaining 70 percent is due to corruption and mismanagement in the regime. The sanctions have become a cover for government-linked gangs to resort to even channel more of the Iranian people’s wealth to terrorist proxies in the region.

In a recent debate between former minister of transportation Abbas Akhundi and Gholamreza Mesbahi Moghaddam, member of the Assembly of Experts, it was revealed that every year $80 billion worth of imports and exports are not registered, and $20 billion of this amount goes to a bunch of corrupt middlemen.

It is becoming increasingly evident that Iran’s economy is in a state of paralysis, which is fully portrayed by the country’s currency losing 75 percent of its value in just a few years. In this wrecked economy, which has created an endless string of social ills, we’re witnessing the emergence of a class of elite who are living pampered, luxury lives. In contrast, most of the population struggles to make ends meet, and their lives are becoming harder every day.

It is clear that the situation can’t persist. Iran is a society that has undergone three major nationwide uprisings in less than two years and brought the mullahs’ regime to the verge of collapse in 2019. The regime only maintain to manage its hold on power through sheer brutality, gunning down more than 1,500 protesters in a few days. But the underlying problems, the poverty, the corruption, the unemployment, they still remain. Iran’s society is a dormant volcano. And the regime knows that it is only a matter of time before the volcano erupts.

As the Arman Daily warned on January 19: “Know that tomorrow is too late. The wails will transform into screams, and quieting those screams will not be easy.”

Original Headline:  What’s the price of the mullahs staying in power in Iran?