Spread of Islam In Indonesia Was A Hybrid Process

Unlike other parts of the world, Islam spread in Southeast Asia without a major conquest.

It came on ships and boats. It travelled with spices and silk. Swords remained in the scabbards, there was hardly any bloodshed. The benefit of aligning with rising Muslim powers was obvious, but sufis played an important role too.

Indonesia became the world’s largest Muslim country over a period spanning centuries, yet experts are still undecided on how it actually came about.

Looking back at the Islamic roots of the vast archipelago, which straddles the Indian and Pacific oceans, it has attained significance despite the ongoing debate about whether Indonesians are moving away from their so-called pluralistic version of Islam.

What is interesting about how the teachings of the Prophet Muhammad spread in Southeast Asia, says historian Dr Carool Kersten, is that it did not involve a conquest, and that it happened gradually and surprisingly very late.

“First evidences of the local people converting to Islam in present-day Indonesia does not date further than the 13th century. That’s when we find ground archelogical evidence namely tombstones of sultans with Arab names, which demonstrate that local leaders have embraced Islam,” he tells TRT World.

Muslim forces began venturing out of the Arab lands in the 8th century - they were in control of Spain by the 720s and the famed young military commander, Muhammad Bin Qasim, had just invaded Sindh and Multan, in what is now Pakistan, a few years earlier.

In Indonesia, Islam spread peacefully unlike in the Middle East, North Africa and South Asia, where it came under its sway as a result of Arab conquests, says Dr. Kersten, who teaches at Kings College London and authored A history of Islam in Indonesia.

A 13th century tombstone of a local ruler, Sultan Malik al Salih, found in Sumatra, is often cited as a historical marker for when Islam started to make inroads in the region. 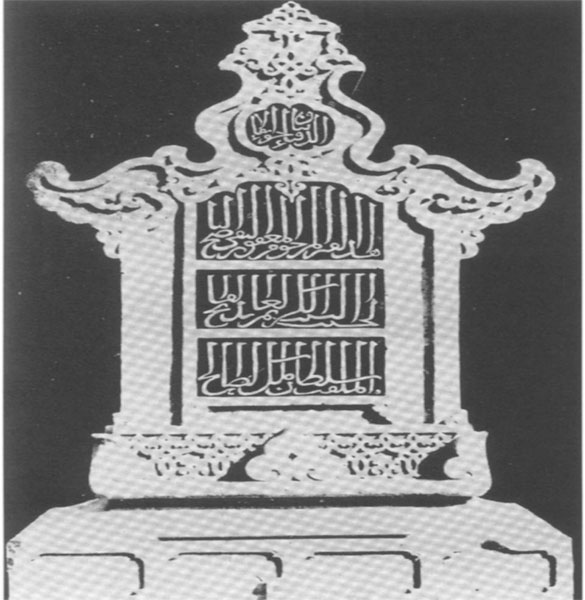 Salih, who controlled a principality in the northernmost Indonesian island of Sumatra, had converted to Islam.

“The fact that he adopted an Arab title and called himself a Sultan rather than a Raja, which is a Sanskrit word for a ruler, is the first compelling evidence that someone from the Southeast Asia decided to embrace Islam and his population followed suit,” says Dr. Kersten.

What has really baffled historians and archaeologists is his tombstone, which is designed with the motifs and patterns of what you can find in the Indian state of Gujarat.

What Changed In The 13th Century?

Gujarat is known for risk-taking traders and businessmen who would not have hesitated in travelling to far-off regions to find a livelihood. Among them were many Muslims.

Trade routes have been instrumental to the spread of Islam. For instance, there’s a large community of Hadrami Arabs from Yemen in Indonesia.

Muslims from China have also left an imprint. The 15th century Muslim Chinese admiral, Cheng Ho, is often credited for helping spread Islam in the Indonesian island of Java.

“It’s always been very tempting to assume that it were the traders who brought Islam. But you need to be careful here. Trade routes were maybe used as conduits but traders are businessmen, they are not propagators or missionaries of religion,” says Dr. Kersten.

An alternative theory suggests that people belonging to the Sufi orders might have travelled the same routes and helped spread Islam in the region. The Islam Traditional — practised in the region — is closer to the mystic Barelvi sect prevalent in Pakistan and India.

Indonesians and Malays enjoyed trade links with the Arabs and Persians even before the advent of Islam. The answer to why it gained a foothold in Southeast Asia relatively late, might be found in the economics of the region. 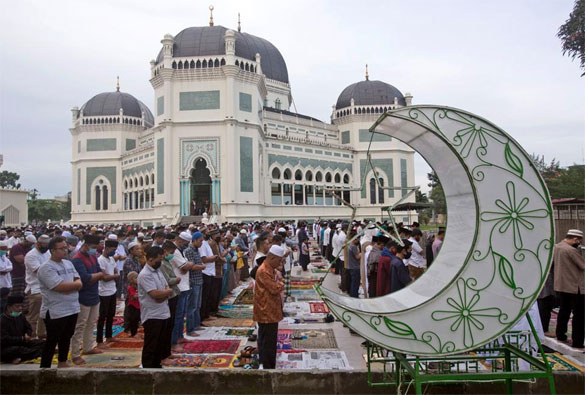 An overwhelming majority of Indonesia's population of 267 million people is Muslim. (AP)

Surrounded by water, Indonesia, which comprises thousands of islands, did not have the best land for cultivation and its inhabitants relied mainly on sea trade. They felt threatened by Hindu empires in Burma, Cambodia, and Thailand who had prospered on the back of their vast river plains that were suitable for growing rice.

“The people in Indonesia no longer wanted to pay tribute to Hindu and Buddhist rulers from the mainland. And so they looked for political allies in the Middle East and Africa,” says Dr. Kersten.

A tight hierarchical governing structure, where a ruler had the last word on important matters, might have helped speed up the conversion of the local population without too many skirmishes, experts say.

“Unlike the Mughals in much of India who appointed nizams, Amirs and maharajas to do the ruling for them, a king in Southeast Asia was the centre of power and wielded significant influence,” Nawab Osman, a Singapore-based Southeast Asia researcher, tells TRT World.

Besides taking up the role of a religious leader with the practice of building mosques next to their palaces, these new Muslim rulers also began to look towards the Ottomans for an alliance, he says.

After Constantinople’s conquest in the mid-15th century, Muslims controlled the international maritime routes and a lot of Indonesian rajas saw it as a mark of prestige and opportunity to be part of such a network should they have converted to Islam.

As Islam became a prominent religion in parts of Southeast Asia, the local imams would recite the Friday prayers not just in the name of the local king but also the Ottoman caliph, says Osman.

Puppetry also helped spread Islam in Indonesia, where 90 percent of the population is now Muslim.

Like in South Asia, society has traditionally used puppet theatre and effigies to tell heroic tales of the Hindu scriptures such as the Ramayana.

“Puppet shows are a big part of Indonesian culture. So what the Muslim scholars did was they changed the characters of Ramayana to Muslim figures — showing the companions of the Prophet and so on. That was a very effective way for people to convert to Islam.” 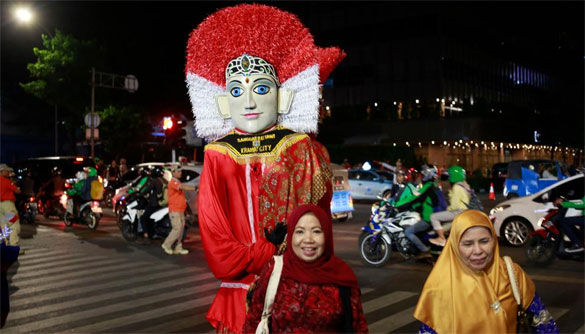 But in the Indonesian history written primarily under Dutch colonial rule, which lasted between the 1800s and mid-1900s, such cultural appropriation of symbols was given a different meaning.

“So if you look at the orientalist writings from that period, it would seem that Muslims don’t practise Islam and continue to adhere to certain elements of Hindu belief. That’s quite untrue. Muslims would never do certain things such as worshiping a deity,” says Osman.

And Indonesian Muslims were not just passive receivers of the Islamic teachings. They actively participated in its attainment.

“Spread of Islam in Indonesia was a hybrid process. There was no one moment of conversion - it was a much more fluid system where locals did not give up all their practices and beliefs in one go,” says Dr. Kersten.

Once Islam was established, Indonesian Muslims travelled to Muslim learning centres around the world. The scholars were well versed in Arabic, Persian and vigorously sought Islamic knowledge, he says.

“Islam shouldn’t be seen as something varnished on the Southasian culture. These people were an integral part of the Muslim world.”

In recent years, Indonesia’s religious groups have come under the spotlight amid concerns that hardliners have started to dominate political discourse.

Jakarta’s 2017 gubernatorial race, in which a Christian of Chinese descent was defeated after a backlash from religious groups, is often cited as an example of rising intolerance.

Osman sees a problem when the current debate is framed around the question of whether ‘Islamists’ are on the rise - a narrative which, he says, was sparked after a strong showing of Islamic groups in the 1999 national elections.

Former Indonesian dictator Suharto, who ruled the country for 31 years between 1967 and 1998, enforced curbs on Muslim political groups and tried to reduce the role of religion in affairs of the state.

That does not mean that groups such as Nahdlatul Ulama (NU) and Muhammadiyah have acquired millions of followers only after Suharto’s removal. Even in the previous openly contested election of 1955, Islamic groups had garnered some 40-45 percent of votes, says Osman.

These days even the moderate groups, such as NU, feel they are under threat from what they see as a creeping Arabisation of the Indonesian strain of religion — dubbed as Islam Nusantara.

“Muhammadiyah and Nahdlatul Ulama both have been arguing that moderate Islam is under threat from the Salafis, Hizb ut Tehrir and the Muslim Brotherhood types.

“But I think what has happened over the years is that there’s been a rupturing within the ranks of the traditionalist muslim groups and some of their own members have started taking a harder Islamic position.