Understanding Al-Masih al-Dajjal: Sayings of the Prophet or Ahadith about Dajjal Can Be Explained with Evolving Political and Scientific Developments in Mind

1. Dajjal represents atheistic powers that will reign the world in future.

2. Dajjal will appear from the region covering China, Afghanistan and Iran. 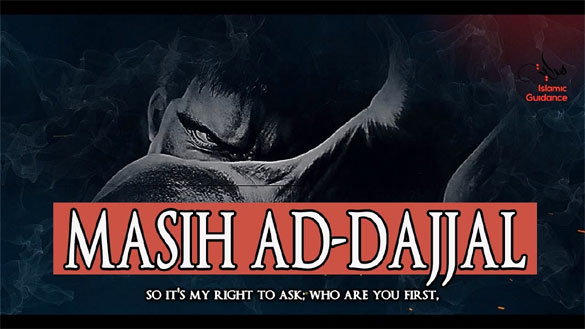 In Islamic eschatology, Dajjal is an evil figure who will appear on earth towards the end of the world. Though Dajjal is not mentioned in the Quran, there are a number of hadiths that tell us about the appearance and his mischiefs on earth.

According to hadiths, Dajjal will be a short, stout or plump man with red face and curly hair. He will be one eyed and will perhaps claim to be Messiah or God. He will have powers to work miracles and will also be equipped with great scientific or military powers. He will dominate the world but will not be able to enter Makkah and Madina. All the evil men and women will become his followers because of the miracles and wonders he will work.

Abdullah bin Unar r.a. narrated that the holy prophet pbuh stood up among the people and praised God as God has the right to be praised and then spoke about Dajjal. He said, 'I warn you about Dajjal and every prophet has warned his ummah about Dajjal. But I tell you one sign about him which no prophet before me did. He will be one-eyed and God is not one-eyed.'(Sahih Bukhari, Kitabul Fitan; 2002)

Anas narrated that the holy prophet pbuh said, 'Dajjal will come from the east and will reach the outskirts of Madina. He will not be able to enter Madina. Similarly plague will also not enter Madina InshaAllah. (Sahih Bukhari;2009 )

Anas bin Malik narrated that the holy prophet pbuh said, 'Dajjal will come from the east and will reach the outskirts of Madina. Then earthquake will occur in Madina thrice and all the kafirs and Munafiq will be terrified. They will run out of Madina and join Dajjal. (Sahih Bukhari; Kitabul Fitan;1999)

Hadhrat Abu Bakr r.a. narrated that the holy prophet pbuh said, 'People of Madina will not fear Dajjal. On that day there will be seven gates of Madina and each gate will be guarded by two angels.(Sahih Bukhari; Kirabul Fitan; 2000)

Other divine books like Hebrew Bible and the New Teatament also mention Dajjal. In them Dajjal is called anti-Christ or false prophet.

According to Encyclopaedia Britannica:

"Al Dajjal or the anti-Christ first appeared in the pseudo apocalyptic Christian literature and is reworked in hadiths ascribed to Prophet Muhammad pbuh. There he is described as a plump one-eyed man with reddy face and curly hair and the Arabic letters k-f-r (unbelief) on his forehead."

In Mathew (chapter 24) and Mark (chapter 13) Jesus warns his disciples not to be deceived by the false prophets (anti-Christ).

Hebrew Bible also warns people against false prophets. But it does not speak about any anti-Messiah figure.

The Quran is also silent on the issue of Dajjal.

The Arabic word dajl means deception or lie. Dajjal is one who deceives or lies. Thus Dajjal will be a figure who will deceive or lie to the people in order to spread his ideology of atheism and make people his followers.

According to Islamic traditions Jesus Christ will kill him or he will dissolve like salt in water when confronted by Jesus.

In his views, violent ideology has originated from this political theory that Islam is a complete socio-political system which needs to be imposed. And to him this is Dajjaliyat. This theory creates organisations like Al Qaida, Muslim Brotherhood, ISIS, Taliban etc. and Dajjal like Abu Bakr al Baghdadi, Mulla Umar, Osama bin Laden etc.

Another famous Islamic scholar Syed Abul Ala Maududi does not believe in the hadiths on Dajjal. He rejects hadiths about Dajjal on the basis that traditions about Dajjal are irrational and not acceptable by intellect and mind.

If we go by all the traditions and hadiths about Dajjal, we find that in some of the hadiths, it is a human figure: he is plump or stout man with red face. He is one eyed. In some others he is presented as a symbolic figure: He will appear in Khorasan or some part in the 'East' and will travel through the world in 40 days or 40 years. He will have rivers at his disposal and a mountain of breads with him. Rivers will appear and dry on his order. He will cause vegetation grow on arid land. When he speaks his voice will be heard in the whole world. He will feed the hungry people. He will conquer the whole world and will be stopped outside Madina. He will travel with the speed of clouds. He will work miracles like Jesus did. He will cure the lepers and bring back dead to life. Jews will be his main followers but also magicians, women, and men of evil nature will be his followers. Moreover, his followers will be people with flat faces (like Chinese?). He will be captured by Jesus Christ in the town of Lod, 15 kilometres from Tel Aviv, the capital of Israel. In some traditions, Jesus will kill him and according to other traditions, Dajjal will dissolve like salt in water when confronted by Jesus.

According to one tradition, Dajjal is a human figure chained and confined in an island east of Yemen and will be released soon.

Because of the contradictory descriptions and narrations about Dajjal, Islamic scholars have not been able to give a clear explanation about Dajjal. But it can be concluded that Dajjal will be a powerful figure or head of a state who will not believe in religion and will be out to dominate the world with its military and scientific power. During the seventh century, Khurasan fell in the region that today covers China, Afghanistan and Iran. Chinese are flat faced and also atheists. Communists are known atheists. The moment you know that a man is a communist, you know that he is an atheist (The word Kufr will be cast between his eyes). So Dajjal will be a known atheist figure with great military and scientific powers at his disposal. He will dominate the world in 40 days or years. Probably, the atheist power will establish his dominance in the world in 40 years. He will have scientific and technological powers to make arid land fertile in short period of time and grow vegetation. He will cause rivers to flow in a region where people pay allegiance to him and make rivers dry where people refuse to pay allegiance to him. He will appear at a time when drought will have occurred for five years and people will be hungry and in a miserable condition. So when he will provide food and water to them in plenty and cure people of disease and bring the dead back to life with the help of scientific powers, people will believe that he is Messiah or God. His messages and orders will reach far and wide in the world through the scientific and technological tools of communication and transportation. When we know the advantages of 5G technology we can understand what 8G or 10G technology may be. He will be able to reach any part of the world in no time thanks to the advancement of science and technology. Because of his powers he will claim to be God. Probably he will also build heaven and hell on earth.

All the above scenario are not unbelievable when we look at the fast development of science and technology in our age and we can foresee the scientific and technological development in 50-100 years from now. The rise of China both militarily, scientifically and economically gives a hint at the future world order. It has sent its mission to Mars. Another powerful nation North Korea, also a communist state with scientific development is waiting to emerge as a powerful nation and is China's ally. And the Jews or Israel will be a part of any alliance that is formed against Muslim countries. That Jesus (spiritual leader of the Christian community,) Imam Mahdi,( the spiritual leader of Muslims) will be on one side and the atheists (Chinese and Koreans)) and Jews will be on the other side makes it clear that in the coming decades or in the 22nd century, the world will see a big religio-political confrontation which will result in huge bloodshed.

The alliance of the atheist powers (led by Dajjal) will conquer territory after territory. Finally, the army will reach Madina and intend to destroy Makkah and Madina. It is when the final confrontation will take place. During this time, Jesus and Imam Mahdi will appear. The mother of all battles will be fought. Peace will prevail with the victory of one side. There is a hadith that predicts that toward the end of the world, there will be lot of bloodshed.

Therefore, the accounts of Dajjal in hadiths cannot be rejected as irrational or fiction. They should be understood both symbolically and literally. They are not totally literal or totally symbolical. They can only be explained with the modern political developments and scientific and technological advances in mind.