The Scriptures Extolling Actions to Produce Reaction Beneficial to Humanity

The Scripture A Book Of Instruction, Merely Used Now To Recite As An Act Of Worship Which Produces Zero Benefits For Others

1.    Dr Pandit Shankar Dayal Sharma is shown reading his poem in Urdu on the subject of the Scripture Quran and its wrong use by the Muslim adherents.

3.    Muslim Church has turned the historical event into a miraculous journey to Heaven and back in one night sans companion.

4.    There were many Anmbiya (plural of Nabi) said to have propagated the “Message of Unity” of the Creator of the Universe- God. 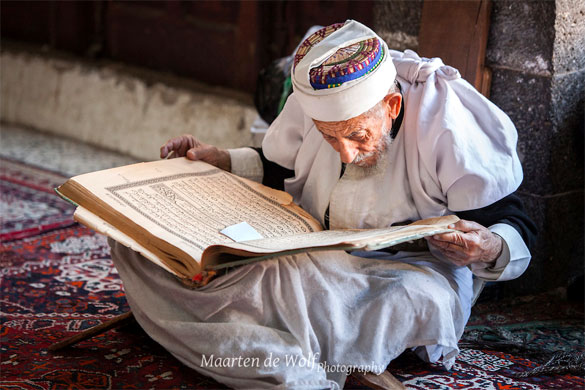 Recently received a sticker/video, one out of many that one gets, thanks to communication technology that has become a trend of instant manufactured expression of 'wisdom' to be shared among friends. But this particular sticker, although has been around for sometime, was received for the first time. It was impressive, thought provoking and every word worth its weight in gold.

In it, Dr Pandit Shankar Dayal Sharma, the ninth President of India is shown reading his poem in Urdu on the subject of the Scripture Quran and its wrong use by the Muslim adherents. A true scholar one must say, as every couplet of this poem is sensitively meaningful and worthy of contemplation and thus fit for treating each verse separately as subjects related to the Book's message and practices.

However, as an example only the very first couplet, A'mal Ki Kitaab Thi, Duaaon Ki Kitab Banaadiya; is commented upon here to show the Muslim community's religious mindset now.

In the verse two words, a'mal and dua' draw attention to the oft repeated phrase in the Scripture Quran: Wa A'millus Sawlihati—and take Actions that produce positive beneficial Reactions. This statement appears in the Book more than eighty times. Hence its significance; and therefore perhaps the learned President chose to open his poem with it: A'mal Ki Kitaab Thi: It was a Book of Action, it begins.

The emphases on the word Amal -Action, in the Book is physical force or intellectual movement – such as those of Apostles - that produce a change in the object the action is performed upon. The object could be tangible possessing mass or an Ideology that is moved from its current position into another direction.

The qualifying word “Sawlihati” prescribes to the action-taker that it has to be positive and beneficial on the whole to mankind (including women-kind) in its reaction, to distinguish it since every Action has a reaction.

And the second stanza: Duaaon Ki Kitab Banaa Diya: It is turned into a Book of prayer/recital!

Since the Scripture is a Book of instruction, he laments that its instructions which are to be implemented by practical action for the stated purpose, are merely used now to reading of it or recital as an act of worship which produces zero benefits for others.

That is what the Quran has in reality become in the general Muslim community. Reading and reciting it as a religious form of worship for heavenly reward. What is more that the Book itself has become an idol and to some extent its Arabic language too.

To give an example of the insight of the learned Scholar's lament, it is necessary to give a proof for the above; of an instruction given in the Book to the Believers for Action, physical and mental, which has been converted simply to Dua' prayers.

The verse and its import is:

33-56: For sure, God and His Malaika(Angels) took (practical) action to support and encourage His Messenger, and so, Oh you who Believe, you too (now) take action to support him, protect him and except him as your guide to bring you out of darkness into light. (Refer 33-43).

Remember the Messenger was ridiculed, tormented, threatened with death and so had to flee in the darkness of the night, from Makka his home town to the distant city of Madinah. He and his only companion, with divine help arrived safely there after few days. (A well known historical event which the Muslim Church has turned into a miraculous journey to Heaven and back in one night sans companion.)

That was the tangible Divine support to the Messenger. Then, it says; it is now the turn of the Believers to do the same in practical terms as he is amongst them. And the Believers at the time did so too, with life toil and sweat. Again a historical fact. Ref. Chapter 9 and 17 etc.

The Messenger's supporters did not just recite the verse and ask God to send Blessings on His Nabi, as is the custom and ritual today expressed in what is called Darood, an Urdu word and not in Quran. Today, when the verse referred above is heard recited or read, a holy chorus erupts in prayers from the Believers, which is no part of the Book:

As if to inform God that it is a very difficult task He has set for them. “We are incapable of fulfilling what You had done, so we ask You instead to do what You have set for us to do”...plus more.

The felony is further compounded in the belief that with this prayer, asking God to shower blessings on Nabi and his family; the devotees too will get a hefty reward called Sawab in the Hereafter. Some even believe that being equal to performance of one Hajj... without lifting a finger.

As a further example of the ritual of worship related to this verse carries it deeper in the realm of religious spirituality:

On the Messenger's birthday, parties are held where bags containing hundred chick peas are given to attendees. They are asked to recite Darood on each pea, followed by Naats praising the Apostle almost in equal terms as for God and sending Blessings on the Messenger. Thus there is the Trinity of a Messenger, the Book and the Arabic Language. This is often followed by sumptuous dinners or Tea party. The party goers puffed with holy pride for having performed an outstanding Act of worship. 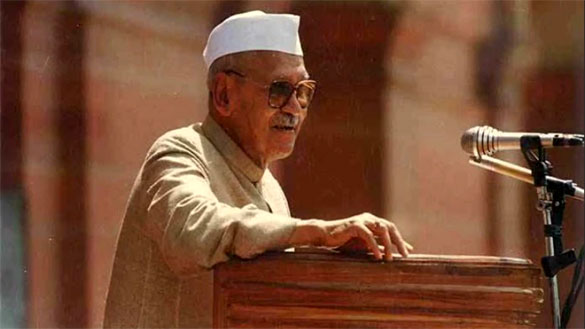 Was the learned Dr Shankar Dayak Sharma referring to such inapt and ridiculous rituals among Muslims that turned an instructions Book on its head, into mere prayers book?

Now that the Messenger is no longer amongst the Believers, as he has passed on some fifteen centuries ago, what then is the message of the verse left in the Book for the Believers to do?

There were many Anmbiya (plural of Nabi) said to have propagated the “Message of Unity” of the Creator of the Universe- God, that the Seal of the Messengers Muhammad has recorded in the Book called Quran. Though he is no longer present here since the seventh century, the Believers are duty bound, according to the instructions of the Book to safeguard and promote the “Message of Unity” by practically Acting on it. It is the message that is important now. The importance of the Messenger Muhammad and the many Messengers preceding him there is no doubt, as a collective community of Messengers and not just the Final one. God has not made any gradation amongst them in the least in that respect, the Book says. Or else the whole edifice of the Belief turns into Personality Cultism of Muhammad and Associating the 'other' with God, in this case associating a Creature Muhammad, with The Creator God. Is that not akin to polytheism and so a Shirk?

It is argued therefore that the Believers should turn to their Book of instructions Quran, like the living Guru Granth Sahib as the embodiment of the Message of all God's Messenger. A lesson to be taken from a true monotheistic Sikhism and its practical practice of treating all humanity as the creation of the one Creator Rabb and as shown in its worship of feeding all-comers without discrimination, in their Gurudwaras, their houses of worship. However a disparity of “Poor and Rich” should not be there to need such charity. (A South American Arch Bishop was asked as to why he has fallen foul of the authorities. He said 'when I opened soup kitchens in the Churches in slum areas, they said I am a Saint, but when I asked them why are there poor people, they said – you are a ….communist')

As such, this A'mal Saleha – the goodly deed, is just one aspect of the service to humanity, a part of the instructions of Quran too, to eradicate the ills on permanent basis in its economic system.

The Book is the source of Islam the Muslims and their Rulers confess to but seldom practice it. Or only during the month of Ramadhan feeding the poor for breaking the fast, and thus a ritual only for Muslims. The rest of the eleven months of the year it is assumed that there are no hungry people in the community, let alone the rest of humanity.

So one cannot go past another late Urdu poet Muhinder Singh Badi 'Sahar' who lamented equally sensitively that:

Only to say that now Islam is not common at all.

For sure, referring to the big picture depicting the state of Humanity in the world?

A regular contributor to NewAgeIslam.com, Rashid Samnakay is a (Retd.) Engineer