Societies have evolved grading humans according to the position they hold in the community. Yet for millennia it has also struggled, sometimes with bloody revolutions to eliminate all kinds of hierarchical status.

Whatever Belief system one follows, call it the Universal Code or Religion, including Atheism; Service to mankind on the basis of equality, is not only considered worship to Nature’s God but also a duty to serve mankind.  And the Belief, that all actions have proportionate reaction in the fixed Laws of Nature that reaps its own reward, irrespective of Status. 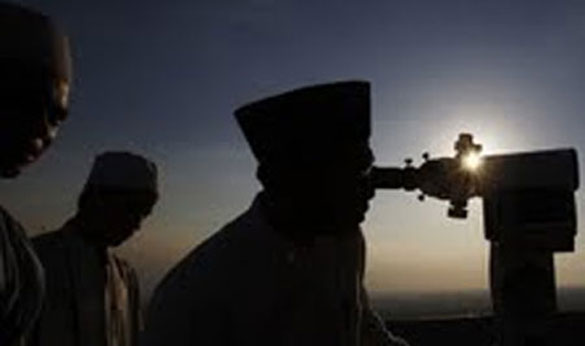 Religious leaders, demand the highest status for themselves, in doing whatever they consider is their duty; by displaying spirituality in distinctive elitists garbs In that rousement they have in fact succeeded admirably to cut a niche for themselves.

Political leaders-Politicians of sorts, in doing their duty expect the public to treat them differently, demanding privileges that are not available to citizens, to whom they are supposed to serve as highly paid public servants.

Concerned with management of welfare of public in civilised world, their duty is to manage affairs of society. To provide a service, for fair wages paid to them, to maintain human dignity of its citizens. But here too they have succeeded in placing themselves in the higher bracket of society. Yet all these operatives are part of the civil society.

Equally the citizens, the public too fall in this category. And all are legally and morally bound to follow State laws, rules and regulations, as their obligations and duty to the State. This is the expected norm in an enlightened society.

In this context, the ex-president of USA Jimmy Carter not long ago said:-

“You cannot divorce Religious belief and Public service. I have never detected any conflict between God’s will and my political duty. If you violate one, you violate the other”.

No doubt it will be argued that he was not that much of a political Saint.

In the course of historical tales: French Emperor Napoleon Bonaparte over 200 hundred years ago was set to be crowned Emperor by Pope Pius VII; in Notre Dame-Paris Cathedral, a great temple to religious God. But Bonaparte at the last moment took the crown from the Pontiff’s outstretched arms and placed it on his own head!

One of the most complex and cleaver points-scoring moves of all times in terms of politics and religion and man kinds’ relationship with God.

Religion may have a place in the society, but at arm’s length and separate from politics; Bonaparte had believed.

But, one may assume that President Carter being a Duty conscious public servant and a religious man, could have taken the meaning of “Laws of Nature and Nature’s God” as given in the Declaration of Independence of his country. In that sense his reference to religion and God therefore could be different to the Clergy’s God and that of Napoleon.

The notion that “Politics and Religion must be kept separate” is valid only on the basis that the System of managing, operating and governing is simply a technical Political process, best managed by technocratic-politicians.

And the Mother Church and its operatives the Clergy representing that church are there to manage the followers’ spirituality thus they have no place in governance of a State.

Mr. Carter perhaps with his concept of religion refutes the above and could be saying that the elements of Laws of Nature and Nature’s God cannot be separated.

Mankind and its affairs cannot be so tightly compartmentalized as to say that what is morally and ethically wrong in one compartment is legally right in the other and vice versa, as is seen in practice today.

Good character and honest leadership in the service to mankind, he seems to maintain, is the key to managing the State, and that is their moral Duty.

Yet the contrary is manifestly evident in many countries today, including his own, which professes to follow the virtue, in the name of Nature’s God that it holds, “....these truths to be self-evident that all men are created equal…”.But are they?

Some other countries too, claim to adhere proudly to the now universally accepted motto of “Liberty, Equality and Fraternity”, under the banner of Human Rights and Equality. But is it honestly applied?

It is noticeable that in both cases, God does feature in some ways; but in completely different concepts–God a cosmic “self”; a Deity in religion but a Final Authority in the other to which mankind looks for guidance to the absolute universal and natural values.

Yet when these representatives take part in the affairs of mankind that it is when the mix of politics and religion as described above becomes deadly.

To justify the politicians perpetuate lies. To annihilate, raze to dust any country that does not fit their mould. In this processes hundreds of thousands; if not millions of innocent men, women and children get killed.

And this; is often undertaken under the church’s aegis of “Just War” or “Jihad”. The two diametrical opposites of ‘Justice and War’! And today we have the spectre of myriads of these just wars or jihads taking place round the world!

Wars externally waged and sponsored, and internally fermented so that brothers kill brothers (including sister too) for decades on ends and with impunity.

Is this service to mankind too?

Human life, morality, ethics, honesty and good character, the basis of civilized society it seems, is a tradable and exchangeable commodity. The agenda is the same, to govern and manage the affairs of mankind in the name of politics or religion or both, and to enhance one’s position in wealth and status.

For the individual/s in this game, the added advantage is the opportunity to amass unrestricted wealth, without any pangs of conscience, with total protection under the unethical and immoral but so called ‘legal or parliamentary immunity’.

Voltaire is supposed to have said something to the effect that: Morality is everywhere the same, because it comes from God. This is true provided the concept of God is the Universal Honest God. And that the politics of service to mankind by mankind is considered the Duty to Him.

In the Muslims world for example, the so called “Ameer-ul-Muslimeen”--the rich, of the Urdu language and not the upright leaders of the Arabic language--in leadership positions today, trot off to holy places, on public purse, in order to perform their Religious rites, under the blaze of publicity, to further their political gains.

While their farmers and countrymen kill their families and commit suicide because they cannot feed their loved ones!

In this one month of Ramadhan, the Elite and the Rich feed the poor as if for the next eleven months of the year the poor will be fully satiated and need not be looked after again.

Is this not an example of the savagery of conflict of religion and politics?

“…Hence the poverty of the poor is not a call to generous relief action, but a demand that we go and build a different social order”.

Here, one cannot but quote a line from the renowned poet:

Judaa ho Deen Siyasat say to reh jaati hai Changezi- When the Universal Code is separated from Politics, what is left is savagery of Genghis-ism.

At lower levels consider this event:-

On a tour of a European country in sixties, we took a taxi from the airport to the Hotel. On arrival there, as we were in the process of paying to the Driver the asked fares, a commotion of sort broke out in the lobby and a small group of people rushed towards the driver as if to lynch him. On enquiring, a lady told us that the Driver was actually trying to fleece us.

The driver then only on persuasion accepted the correct fare and left completely humiliated. Was this then a Display of national character?

And how is this as a display of individual’s religiosity and perhaps that of social malaise:-

A friend on a return visit to his home country recently had regularly taken a taxi to a particular place, paying the same fare every time. On one occasion however a different taxi was hailed. The driver clad in, in Rashid Shaz’s words“quddusi Libas”- the holy garb- and to quote Bulleh Shah:“heavily bruised forehead”;had demanded more than twice the normal fare.

The friend being originally a ‘local’ protested and dared to question the driver’s obvious stance of piety.

A tirade of heated argument followed. The Driver, saying “what has driving a taxi got to do with his performing duty to his God”?!

Part of Chapter 107 of Quran: “…… woe to those bruising their foreheads on prayer rugs have forsaken their obligations and responsibilities, and do so to advertise their false piety to others!”