Calamities like Floods, Earthquakes, Forest Fires, Droughts, Happening Simultaneously around the World Are Examples of God's Blessings Tipping over to Disaster 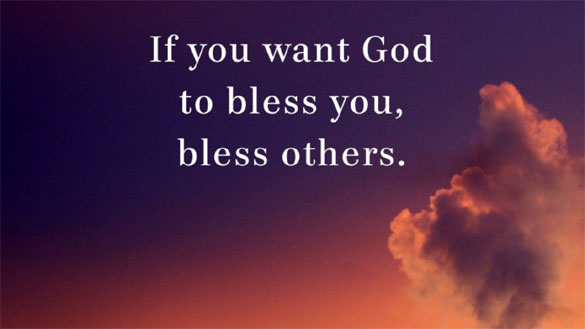 Not only floods but also other calamities such as Earth quakes, Forest fires, Droughts and so on happening simultaneously round the world.

The Muslim Countries Belt, stretching from Morocco’s desert in the West to Indonesia’s tropical forest in the East, and everything in between, has its share of making Contribution to the Climate Change in various ways and as such cannot be exempt of blame of environmental degradation. But this write-up looks at simply from the Why and simplistically what to do angle!

God Almighty never accepts responsibility for any Negative impact of events and damage that may occur to Mankind, including associated damage from that calamity to Animal life, but takes all the Credit for the benefits that occurs to Mankind from HIS Operation of the universe...."Then which of the blessings of your Lord will you deny?"

The recent calamitous event of Floods in Pakistan and many other Countries is an example of the blessings tipping over to disaster!

Not only floods but also other calamities such as Earth quakes, Forest fires, Droughts and so on happening simultaneously round the world.

The Lord is persistent in blaming Mankind for the damage caused by these calamities on Mankind, as a result of its lack of knowledge of workings of the laws of Nature. ...."why don't you observe how We bring Rain down from the sky...."!

It can be argued that Mankind's progress of acquiring knowledge of Nature’s working is "slow" and lags well behind His timeline to avoid the disastrous effects of such Natural phenomenon like eruption of volcanoes, Landslides and what have you.

But could Lord Almighty have not postponed these events so as to let Mankind catch up with His Laws of workings, say by few million years?

It is NOT as if Mankind is not trying and has not made any progress in scientific knowledge, that He wants Mankind to peruse so as to avoid getting caught in these damaging events. Has it not been to the Moon and into space, the keys of which the Lord holds?

The Events talked here are the ones which the scientific world today call Climate Change. Is all the change that has taken place to date; is as result of Human failure due to its lack of knowledge?

How on Earth can Mankind control Earth quakes, even if it could forecast its occurrence and intensity?

Yes it is accepted that Mankind has and is contributing additionally to Climate Change.

Contributing, for the aforementioned Natural events do more damage to the environment no doubt!

Hence why was the Lord in a hurry to create Mankind to contribute? Could not Adam and Eve have stayed a bit longer in the Garden?

It was not such a mighty sin to have been misled by the Satan was it? Besides, that, he the Satan was assigned to that duty by the Lord, wasn't he?

There definitely is a synchronism in the Lord's programme of time given for Mankind to acquire all the required knowledge and His Agenda for Mankind!

The Lord says that He has created all that is in the Universe is for Mankind's use and management. So when the Mankind make use of these "blessings" they cause evironmental degradation, polution and therefore contribute to the Climate Change, it is dubbed as mis-use of those blessings!

There again we are warned that it is our fault that we do no have the knowledge of the rate of usage for usefulness of those blessings.

Do not be extravagant, waste not and don't be selfish etcetra etcetra.

There we go again!

What is few hundred millions cars at a time on the road spewing fumes and a million or so aeroplanes in the air at any time, compared to say an eruption of a volcano, or a forest fire set off by lightning strike somewhere in Amazon, and unprecedented floods in Pakistan, India and Australia and Draught in Europe?

Oh yes, it is Mankind's doing that tipped over the balance over to catastrophe!

But then, Oh Lord why is your Universe operating at such a propititious level that mankind can tip it over? If it is so,

let us redeem ourselves by accepting the Lords given "conditions":

-Do not be wasteful.

-Honour pledges made at international conferrences.

Please add a few more to the above, for sure there are some more, like Put your litter in the Bin, Not in th Sea.

A regular contributor to New Age Islam, Rashid Samnakay is an Indian-origin Engineer (Retd.) based in Australia for over forty years.