The al Qaeda-linked Islamist fighters who have used pick-axes, shovels and hammers to shatter earthen tombs and shrines of local saints in Mali's fabled desert city of Timbuktu say they are defending the purity of their faith against idol worship. 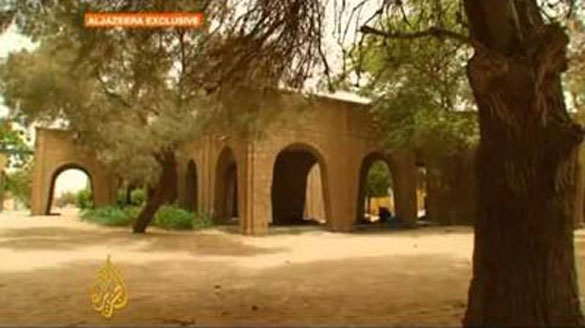 But historians say their campaign of destruction in the UNESCO-listed city is pulverizing part of the history of Islam in Africa, which includes a centuries-old message of tolerance.

"They are striking at the heart of what Timbuktu stands for ... Mali and the world is losing a lot," Souleymane Bachir Diagne, a professor at New York's Columbia University and an expert on Islamic philosophy in Africa, told Reuters.

Over the last three days, Islamists of the Ansar Dine rebel group which in April seized Mali's north along with Tuareg separatists destroyed at least eight Timbuktu mausoleums and several tombs, centuries-old shrines reflecting the local Sufi version of Islam in what is known as the "City of 333 Saints".

For centuries in Timbuktu, an ancient Saharan trading depot for salt, gold and slaves which developed into a famous seat of Islamic learning and survived occupations by Tuareg, Bambara, Moroccan and French invaders, local people have worshipped at the shrines, seeking the intercession of the holy individuals.

This kind of popular Sufi tradition of worship is anathema to Islamists like the Ansar Dine fighters - Defenders of the Faith - who adhere to Salafism, which is linked to the Wahhabi puritanical branch of Sunni Islam found in Saudi Arabia.

"A Salafi would say that creating a culture of saints is akin to idol-worshipping," Diagne said. Unlike Christianity, where the clergy formally confers sainthood, the veneration of "saints" in various, non-Wahhabi, strands of Islam largely arises from popular reverence for pious historical figures.

Rejecting a wave of outrage inside and outside Mali against the shrine destructions, an Ansar Dine spokesman in Timbuktu, Sanda Ould Boumama, defiantly told French radio RFI at the weekend that the actions were in line with the group's aim of installing Sharia Islamic law across all of divided Mali.

"Human beings cannot be elevated higher than God ... When the Prophet entered Mecca, he said that all the mausoleums should be destroyed. And that's what we're repeating," Boumama said.

In what she called a "cry from the heart" for world help to halt the destruction, Malian Culture Minister Diallo Fadima Toure told a UNESCO World Heritage Committee meeting in St. Petersburg on Sunday that Ansar Dine's depredations had "nothing to do with Islam, a religion of peace and tolerance".

"Are we just going to let this go and stand and watch? Today this is happening in Mali, tomorrow where will it be?".

Experts are comparing the Timbuktu tomb destructions to similar attacks against Sufi shrines by hard-line Salafists in Egypt and Libya in the past year. The attacks also recall al Qaeda attacks on Shi'ite shrines in Iraq in the past decade and the 2001 dynamiting by the Taliban of two 6th-century statues of Buddha carved into a cliff in Bamiyan in central Afghanistan.

"It's against everybody and everything," said University of Cape Town Professor Shamil Jeppie, an expert on Timbuktu who co-edited with Diagne a 2008 study, "The Meanings of Timbuktu", on the city's priceless archaeology and ancient manuscripts.

Mali's government in the capital Bamako about 1,000 km (600 miles) south has condemned the attacks, but is powerless to halt them after its army was routed by rebels in April. It is still struggling to bolster a return to civilian rule after a March 22 coup that emboldened the rebel uprising further north.

Some believe the tomb-wrecking onslaught by Ansar Dine, which is led by Tuareg chieftain turned Salafist Iyad Ag Ghali, may have been directly triggered by UNESCO's decision on Thursday to accept the Mali government's urgent request to put Timbuktu on a list of endangered World Heritage sites.

"That is meaningless to Ansar Dine; what is UNESCO to them?" said Jeppie. Just as northern Nigerian Islamist militants are carrying out bloody bombings and shootings under the name Boko Haram (which broadly means "Western education is sinful"), so Ansar Dine's fighters may see UNESCO as an emblem of Western heresy.

"They are not scholars; they are foot soldiers," added Jeppie, adding they were probably unaware that Timbuktu, which was an alluring mirage of exoticism and remoteness for 19th-century European explorers, represented multiple and varied layers of Islamic tradition deposited like sand over centuries.

Its long history had tracked the turbulent rise and fall of the great African empires of Ghana, Mali and Songhai.

"Timbuktu was sacked many times before," said Jeppie.

"But we have had no events of destruction of monuments, mosques and tombs. It never happened before."

The UNESCO ambassadors meeting in St. Petersburg on Tuesday joined Malian Culture Minister Toure in appealing to global governments and organizations and "all people of goodwill" to act to prevent the prevent the destruction of the Timbuktu monuments by "vandals".

"We consider this action to be a crime against history," the appeal said.

UNESCO's World Heritage Committee called on the agency's director general, Irina Bokova, who has already roundly condemned the Timbuktu damage, to create a special fund to help Mali preserve its cultural patrimony from attack. It asked UNESCO members and the Organisation of Islamic Cooperation (OIC) to provide financial resources for this fund.

Just as gold-hungry 19th-century European travelers who first cast eyes on Timbuktu were disappointed to find, not glittering minarets and palaces, but a desert-rimmed cluster of dun-coluored homes and mosques, so some observers might view the city's mausoleums and tombs as modest when compared with the architectural opulence of, say, Rome or Athens or Damascus.

The rectangular local mausoleums mimic the desert earthen architecture of the city's still imposing and renowned Sankore, Sidi Yahya and Djingarei-ber mosques, the latter Timbuktu's oldest, built in mud-brick and wood in 1325.

"They are mud structures, nothing fancy at all," said Columbia University's Diagne - and so the more easily reduced to dust by the pick-axes and shovels of the Ansar Dine combatants.

But rather than visual splendour, it is what the tombs represent for Africa's history, and especially the history of Islam in Africa, than concerns historians and scholars.

They make the point that relatively few physical vestiges remain of the great Sahelian empire states that flourished and then died out centuries ago, and the damage inflicted in Timbuktu will reduce that archaeological heritage further.

They are scratching their heads as to why Ansar Dine and its well-armed allies, who hijacked a separatist uprising by local Tuareg MNLA rebels following the March coup in the Malian capital Bamako, would risk offending local sensibilities by destroying revered shrines in occupied cities like Timbuktu.

"They are more worried about purity than about being unpopular", is the explanation Diagne offers.

Scholars are also fretting about the fate of tens of thousands of ancient and brittle manuscripts, some from the 13th century, housed in libraries and private collections in Timbuktu. Academics say these prove Africa had a written history at least as old as the European Renaissance.

Days after the rebels took Timbuktu, local academics, librarians and citizens were hiding away the manuscripts to stop them being damaged or looted.

Jeppie said researchers had since fled the city. Some collectors had smuggled their rarest documents out to Bamako.

Diagne said the biggest fear was that historic manuscripts and artifacts would become the object of looting and trafficking for profit - just another trading commodity in the trackless Sahara, where trafficking in drugs, arms and migrants has replaced the old caravans of slaves, salt and gold.

He found it deeply ironic that the Ansar Dine tomb destroyers, who said they were upholding the name of Islam, were ignoring and denying through their acts the rich layered history and geographical spread of this great global religion.

Noting the role Sufi believers played in spreading Islam beyond its Arabian heartland, Diagne said: "If it had not been for the Sufi orders, Islam would have been a local religion."