Dubai has Confused and Amused Me: Not With Burqa on, Sister 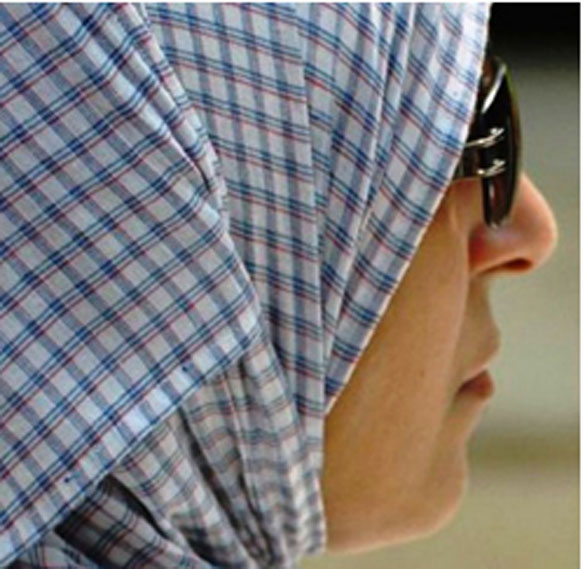 In the thriving, modern metropolis of Dubai, women who wear hijabs are not allowed to enter nightclubs.

So it turns out, I cannot enter a nightclub in Dubai.

To those who haven’t ever visited the city, Dubai is a place where there are more nightclubs than mosques. Here, alcohol is a ready consolation for all and sundry. When I was visiting, I was forced to put a pillow over my head in a desperate attempt to drown out the noise from the clubs nearby. In Dubai, according to the Emirati who drove our Land Cruiser over sand dunes for the desert safari earlier in the day:

“We Dubai people, we do this every day. We get tired of clubbing and partying, we take our cars over the sand and have some desert fun.”

However, I, a Hijabi was denied entrance in a club in Dubai.

To put it in the words of the huge bouncer who refused me entry, while encircling his head with his hand to imitate the Palestinian checkered scarf on my head:

“You can’t go where there is free distribution of alcohol with that thing on.”

So astounded was I that the only comeback that came to my mind was:

In hindsight, this was probably not the best retort considering he knows we’re neither allowed, nor is it really our cup of tea – pun intended.

I left Dubai wondering that if I was treated like this here, I might as well forget about going to Europe.

You might think that I over-reacted or got unnecessarily stung. You might even be wondering why in the world a hijabi girl would want to get into a nightclub in any case.

Well, we’re curious too, you know. We were in Dubai, we didn’t want to sleep, and I was itching to see what the hype about clubbing actually was. I don’t drink and dance – yes, I know this defeats the actual purpose of going to a club – but what if I did? What if I wore a Hijab and enjoyed swaying to some trance? Or what if I didn’t wear a Hijab and still didn’t dance or drink? How would they know not to let me in? And what about the boys? Why is it that all boys, devout or not, have the freedom of entering a club, but not all girls?  Would the bouncer exercise the same discrimination on a man whose pants were above his ankles? Would this bouncer even be able to differentiate these men in a sea of sweaty bandanas and Bermudas? Why did they let me enter the desert safari camp for dinner and allow me to see a belly dance? There was the dance and bottles of Jack went around, but no one said, “Hey, get that covered one out from the camp first”.

I know an entire debate can ensue on how a Muslim simply should not be in a club to begin with; I do not want to indulge in this debate. This is not the point of my post. I am no fan of nightclubs, and I probably would have made my way out in less than five minutes. In fact, if granted entry, I might not have availed it. But that’s completely beside the point. It’s the funny rule that baffles me; it is just the really pointless segmented enforcement. I mean, if you’re a girl and cover your head, you can’t do anything else, but if you’re anything besides that, then the world’s your oyster. Next time a gypsy head-band might do the trick for me, just for the heck of saying, “Gotcha!”

I wonder if this rule stems from the concern of protecting Islamic values. If this is the case, then here’s an idea: do away with the clubs and the alcohol? Oh no, but then how will people make money? How will Dubai be the city of gold if there is no place to celebrate its overflowing opulence? Where would my Emirati friend go if he gets tired of trampling the dunes under his four wheels? Turns out you also need a license to buy and consume alcohol, but not one to sell it. Because, of course you don’t want to let your Muslim brothers touch the liquor, but selling to the others, that’s just business.

I think more than anything, Dubai has confused and amused me.

Writer is a business graduate from IBA who loves art.