The human species’ capacity to distinguish right from wrong — to draw a distinction between righteous conduct and behavior that is universally deemed nefarious — is, by no means, a product of a mechanical recitation of religious scripture. In fact, even the slightest suggestion that one must recite a holy book in order to make morally right decisions highlights that one lacks even an elementary understanding of evolutionary biology; it exposes a unidimensional view of the world, and it is precisely what will lead to the decline of developing countries such as Pakistan. 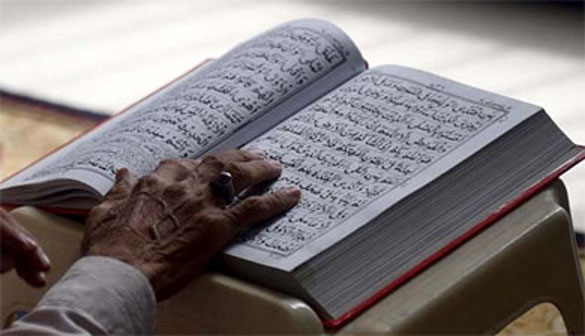 Before I continue any further, let me just say this right off the bat lest I have a battalion of social media warriors from orthodox circles attacking me from behind a computer screen: I am a proud Muslim, but, at the same time, I am also a man living in the 21st century who firmly believes in the notion that science and religion do not belong in the same playing field, because they are two different sports; one’s personal devotion to religion should never come at the expense of either logic or the liberty of his next-door neighbour, who might not as devoutly share the same profoundly held convictions.

Recently, the governor of Punjab issued a strict directive applicable to all universities in the province, mandating the reading of the Quran with translation as a prerequisite for graduation. And the basis for such a decision is precisely what you might guess. The governor believes that the “only” way to allow “the world [to] be improved” is by compelling students in higher education institutes — the very purpose of which is to foster critical thinking and encourage individuality — to study the holy book of the state’s religion.

It does not take one to be an astrophysicist to decipher the implicit meaning of the explanation given by his Highness, the governor. It means, unequivocally and unambiguously, that but for reading the Quran, the young men and women, who have endeavoured on their own accord to learn the world’s history and the universe’s inception in institutions of higher education, will not be able to distinguish between right and wrong without religious instruction; put another way, they will be at serious risk of making errors of judgement when dealing with their fellow humans if they are not mandated, at least once, to read the full translation of the Holy Quran.

As I mentioned earlier, such a unidimensional framework of thinking exposes a deep lack of understanding of our evolutionary biology. As primates, or simply as animals, really, if you care to be that technical, it is subconsciously ingrained in us to selflessly care for and take actions for the benefit of other members of our species. Simply put, it is an inescapable part of our six million years of evolutionary history.

Altruistic behavior — i.e., when an animal, without any benefit to itself, behaves in a way that advantages another animal and puts the latter’s welfare first — is widespread in the animal kingdom. To use a very small example, consider this: on a usual day, when vervet monkeys are faced with a dangerous predator, they instantly give alarm calls to other group members in order to warn them of a dangerous predator, despite the fact that by doing so the one who gives the warning call attracts the attention of the predator to itself, thus increasing the probability of being attacked.

The monkey in the example above acts truly selflessly for the benefit of its group members. Though it requires no mention of it since it is self-evident, allow me to state the obvious anyway: the vervet monkey’s altruistic behavior is not the product of mandatory religious instruction. It acts the way it does because such behavior is integral to the survival of its species. In other words, natural selection favours such altruistic behavior, absent any compelled mechanical recitation of scripture.

The larger take away from all of this is that university students, and the Pakistani state as a whole, will do just fine without mandatory reading of the Quran. People will not go around robbing their fellow citizens, and they certainly will not idly stand by as their friends and comrades are about to be attacked simply because they were not given religious instruction in institutions of higher education.

Plus, whenever a state mandates that its national religion is the cornerstone of morality, it tends to alienate minorities. While it is true that minorities will have the option to take a course of “Ethics” instead of Quran recitation, the fact is that doing so still leaves the impression that the majority’s way of living is superior. In the end, reading the Holy Quran should be a personal choice, even for Muslims and especially for students of higher education. As God himself says in the Quran,

“O My servants who have transgressed against themselves [by sinning], do not despair of the mercy of Allah. Indeed, Allah forgives all sins. Indeed, it is He who is the Forgiving, the Merciful.” (39:53).

Original Headline; Is mandatory reading of the Quran at universities really important?