Will Muslims of Maharashtra defy lockdown in Ramazan?

As the holy month of Ramadhan is approaching, Muslims of the country, especially of the state of Maharashtra fear another lockdown during Ramadhan. 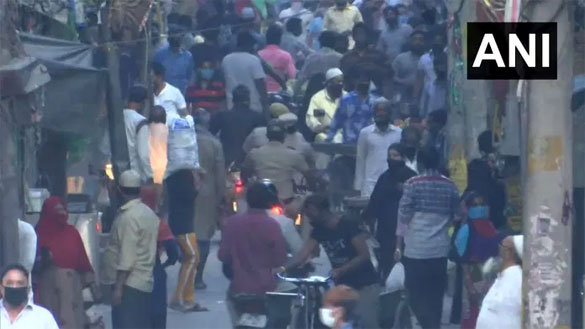 Last year, the Muslims the world over had decided to comply with the WHO advisory to impose lockdown as a preventive measure against Covid-19. Many Islamic countries including Saudi Arabia had closed mosques and advised the Muslims to offer namaz at home. Friday prayers were not held in many countries. Iran, Bahrain, Indonesia, Malaysia, Bangladesh and Pakistan had partial lockdown. Saudi Arabia allowed only local people in limited number for Hajj and Umrah in view of the pandemic. 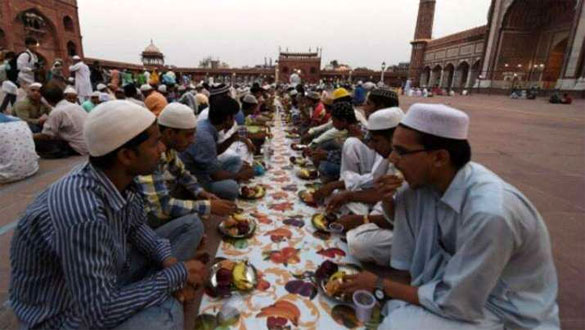 File Image (For representational purpose only)

During the month of Ramadhan too, Muslims of India followed lockdown guidelines and offered namaz and taraweeh at home. Eid prayers were also held at homes in small groups. Though this was painful for them but they followed government directives in the larger interests of humanity.

As the number of Covid-19 cases started to drop and life gradually came to normal, by November the government eased restrictions on places of worship and people started visiting mosques and temples. 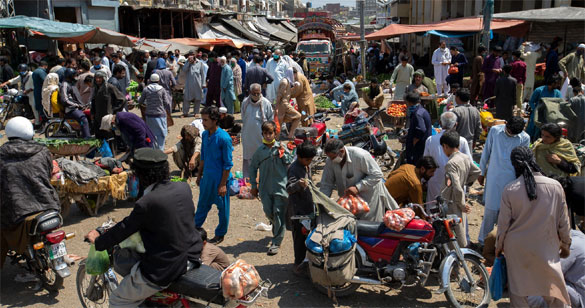 A market in Islamabad, the capital, on Tuesday.Credit...B.K. Bangash/Associated Press

But since March this year, a second wave of Covid-19 in western and north western states of Maharashtra, Gujarat, Chhattisgarh, Punjab, Uttar Pradesh and Madhya Pradesh compelled the respective governments to once again resort to lockdown. Night curfew and weekend lockdown was imposed in these states including Mahatashtra. Maharashtra also imposed restrictions on malls, markets and shops. This caused huge loss to businesses and jobs well before the festival season. Therefore, the lockdown started causing frustration and anxiety among the people. This resulted in violence in some places.

On March 30, Sikhs of Nanded in Maharashtra clashed with police outside Huzur Sahib Gurudwara because the police did not give them permission to take out a procession on the occasion of Hola Mohalla celebrations. At least 3 policemen were injured and some vehicles were damaged.

Another incident of violence occurred in Sahasram in Bihar where students protested against closing of coaching institutes due to Covid-19. They clashed with the police compelling them to fire tear gas shells. A dozen police personnel were injured in the clash. The students alleged that the government was spoiling their career by closing educational institutions.

Next in the line were the traders of Maharashtra. The Maharashtra Chamber of Commerce Industry and Agriculture, a body of 800 trade associations announced that they will defy the lockdown and will open their shops and stores as they cannot afford to lose business this festive season again. The Maharashtra government is contemplating to impose a 15-day full lockdown in a couple of days. Since the holy month of Ramdhan is also a couple of days away, the lockdown may start with the onset of Ramadhan. This has caused concern among the Muslims of Maharashtra. 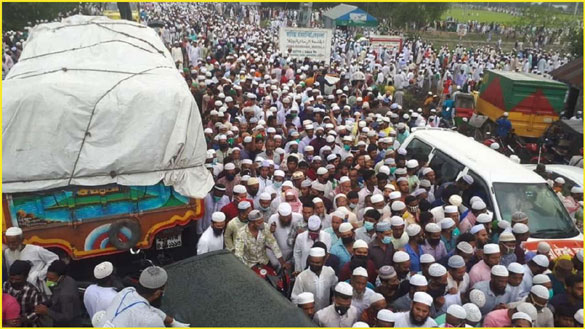 Those who attended the procession were seen ignoring the government’s advisory on social distancing and the majority of them were without masks.


Therefore, over a dozen representatives of religious and political bodies of Malegaon in the state of Maharashtra on 10th April held a meeting and unanimously decided that during the month of Ramadhan this year, all the mosques will remain open and five times congregational prayers and the prayers of Taraweeh will be held in mosques in the city. Muslims have been advised to offer congregational prayers in mosques and at the same time they have been advised to take all precautionary measures against the epidemic and obey government guidelines to prevent the disease. The written resolution adopted in the meeting also says that prayers of Eidayn( Eid-ul-Fitr and Eid-al-Adha) will be held in open places. The resolution advises Muslims not to gather in public places after the prayers and mike should be used only for calling the Azan. The resolution also urges Muslims not to bother about any action that may be taken and show courage and determination while obeying religious ordainments.

The resolution has been signed by the representatives of Malegaon branches of Jamiat-e-Ulema Hind, Jamat-e-Islami, Ahl-e-Hadith, AIMIM and Janata Dal Secular among others.

From the behaviour of different sections of the society with regard to the lockdown in recent days it seems that the people have become averse to the year-long lockdown. Students, businessmen and labourers are bearing the brunt of the lockdown the most. The minorities have also begun to feel that only they are expected to sacrifice their religious duties for the sake of the country. The religious congregations of the majority community are held without any obstacles. The defiance of the traders of Maharashtra, the violent protests of students of Bihar, the violent behaviour of the Sikhs of Nanded and the decision of the Muslims of Malegaon to offer congregational prayers in mosques in Ramadhan without bothering about actions are only an indication of the public mood and underlines the need to reconsider strategy to deal with the pandemic keeping in view the economy and the faith-based issues of the society at large.