He Had Called The Prophet Of Islam A Terrorist

3.    He had been admitted to a psychiatric hospital before his blasphemous remark.

4.    He was an advocate of freedom of religion.

5.    He criticised Islamist extremism in Nigeria and had antagonised the clerics. 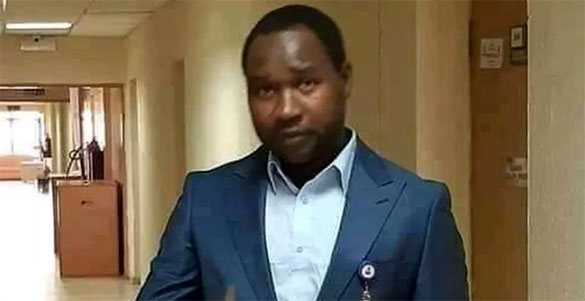 Mobarak Bala, a 29 year old atheist of the Muslim majority state of Kano in Nigeria was sentenced to 24 years in jail by the high court. He was accused of blasphemy against Islam and the prophet of Islam and had been arrested in 2014.

Mobarak Bala is the President of Humanist Association of Nigeria and has advocated freedom of religion. He regularly criticised Islamist extremism in his country where Al Shabab and Al Qaida are active which perpetrate violence against the Christians regularly.

Mobarak was born in a religious Muslim family but had renounced Islam in 2014 after watching the video of the beheading of a Christian woman by some boys of his age in 2013. Sinc then he had become a die hard critic of extremist ideology of Islam. He would often post blasphemous remarks against Islam on the facebook. He had also antagonised the cleric who preached extremist ideas.

After he had renounced Islam in 2014, his family thought he had gone mad and so they had forcibly got him admitted to a psychiatric hospital from where he was discharged after 18 days.

In 2020, Mobarak Bala posted a blasphemous remark against the prophet of Islam calling him a terrorist.Subsequently, a group of lawyers filed a case against him and he was arrested.

But later Mobarak repented and told the court that the intention of the posts was not to cause violence but he had realised that they were capable of causing violence. He had promised to be mindful in future.

He also pleaded guilty to all 18 charges in the hope that this will win him leniency but the court was not moved by his apology. He was sentenced to 24 years in prison.

Mobarak Bala is one of those Muslims who have turned apostates due to the violence and persecution against non-Muslims by the extremist Muslims who subscribe to the intolerant ideology of Al Qaida, al Shabab and other terrorist outfits. Many ulema and even politicians of Nigeria glorify the terrorist outfits as the flag bearers of Islam. These terrorist outfits regularly kill Christians and sufi-minded Muslims and burn houses of minorities and Christians.

Blasphemy is one of the reason for the violence and persecution. For example, in 2007, a group of Muslims beat a Christian woman to death only because she had touched a bag containing a copy of the Quran.

In 2007 again, the Muslims killed nine Christians and burnt some churches because some Christian students had shown disrespect to the prophet of Islam.

Though Mobarak pleaded guilty to the court and pleaded for mercy and leniency, he was neither forgiven nor shown leniency. He was sentenced with 24 years imprisonment.

The international human rights agencies have criticised the judgment. Even from Islamic standards, the accused should have been forgiven. Firstly, because he had been treated for mental abnormality and secondly, he had pleaded for mercy and had promised not to commit blasphemy again.

Thirdly, he had renounced Islam because of the misdeeds of his religious brethren who had killed innocent Christians on the charges of blasphemy and the clergy had justified their actions. The Quran says that the polytheists of Makka would commit blasphemy against the holy prophet pbuh by calling him 'Majnoon', 'possessed', 'sorcerer' and 'poet' but still God asked him and the Muslims to ignore it and observe self restraint.(Al An'am:186). The Quran though warns those committing blasphemy against the prophet pbuh of the gravest punishment in the Hereafter, it asks Muslims to forgive them in the world. The Quran does not prescribe any punishment either for blasphemy or for apostasy. The holy prophet pbuh aso forgave those who asked for forgiveness after committing slander against hm.

The case of Mobarak Bala ia another reminder of the fact that blasphemy is a major cause of Islamophobia in the world. Even touching of a bag containing the Quran by a Christian is considered blasphemy in Nigeria. In Pakistan, if even a Muslim (hafiz) drops the Quran by mistake on the oven, he is killed for blasphemy. In Afghanistan, a Muslim girl was killed by a Muslim mob because she burnt the book of talisman containing Quranic words.

There are numerous incidents of blasphemy killings in the Muslim world.

Mobarak Bala's case is a grim reminder of the extremism and intolerance that prevails in Nigeria and other African countries.