Hindus Are the Most Promiscuous Followed By Buddhists and Muslims

4.    Finnland is the most promiscuous country.

5.    Morocco and, Turkey feature in most promiscuous countries list. 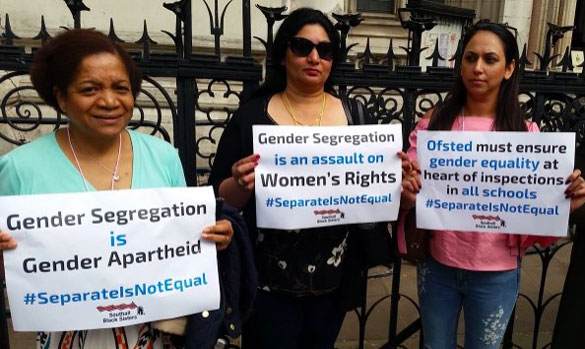 In India, we find gender segregation in railway trains, buses, and in government offices. However, in Muslim countries, gender segregation is more strictly imposed. But in multicultural societies where Muslims live with non-Muslims, Muslims have the liberty to interact with the opposite sex, have business transactions or have friendship, they demonstrate almost similar social or moral behaviour.

The mingling of the opposite sexes sometimes leads to promiscuity and in such liberal societies, promiscuity is a socially acceptable behaviour though not encouraged or approved. The western countries, therefore, show the highest rate of promiscuity. According to a survey, Finland is the most promiscuous followed by New Zealand, Australia, Latvia, Slovenia, and Denmark. US, UK etc. Morocco and Turkey are the two Muslim countries among the most promiscuous countries. It is because, in these countries promiscuity is a normal human behaviour.

But when we look at India, Pakistan and Bangladesh, we find that promiscuity is very low as these countries are inhabited by Hindus and Muslims, Buddhists and Jains. And these communities consider promiscuity a sin. However, despite extra-marital sexual relationship is a taboo in the Indian society, promiscuity is a documented reality.

The National Family Health Survey recently released the findings of its survey. The survey reveals the sexual behaviour of the men and women belonging to different religions and regions. 1.1 lakh women and one lakh men were questioned on various sexual issues and the survey revealed that Hindu men were the most promiscuous among the Indian men with 2.2 mean number of sexual partners in life time.

However, they are on the same level with the men in the OBC category who also have the same percentage. That is they are no better than the lower caste people in terms of sexual morality. Christians who are considered more liberal and who do not have the idea of gender segregation rank second with 1.9 nean number of partners in a lifetime. Buddhists and Muslims rank 3rd with 1.7 mean number of partners.

The sexual behaviour of men on state level is varied. The mean number of sexual partners of men in Andhra Pradesh and Uttarakhand is 4.7 while in Goa, it is surprisingly 1.1. The highest is among the men in Meghalaya with 9.

In Pakistan, the scenario is grimmer. In a survey, 29 per cent of men among 2400 responded with non-marital relationship. In Bangladesh a Muslim majority country, promiscuity is one per cent with an upward slide.

This simple study brings some unconventional truth, and that is, gender segregation does not necessarily guarantee prevention of promiscuity and freedom of mixing with the opposite sex does not always lead to promiscuity. If that had been the case, the Muslims of India would not have only 1.7 mark in comparison to their Hindu counterparts. They have the same freedom as the Hindu males.

Bangladesh, with a conservative society has nine per cent promiscuity rate, marginally lower than that of Indian Muslims. Pakistan has the worst degree of moral behaviour where promiscuity is more than India and Bangladesh though the society of Pakistan is more conservative.

Among the African countries, Morocco and Turkey are among the most promiscuous countries because of their cultural proximity to the West.

The results of the survey show that gender segregation is not an effective tool in preventing promiscuity or sexual sins. But the religious community insists on it as the only means to prevent promiscuity and ignores the importance of moral values among men.

The survey also reveals that despite living in an open and liberal society where gender segregation is not forced on the Muslims, majority of them have not left their religious and moral values and the sexual behaviour prescribed by the Quran and hadith.

However, they should also introspect why the Jains are better than them with only 1.1 mean number of sexual partners.

Islam declares illicit sexual relationship a major sin and a punishable crime and the Quran calls Muslims the best Ummah who should present an example of good moral behaviour. Therefore, even 1.7 is not a commendable position. It means promiscuity in the Muslim society is a social evil which needs to be curbed and rooted out not merely with gender segregation but with inculcation of religious and moral values among them.