Mosques Should Be Made A Centre of Moral and Social Reform

1.    Mosques hold a special rather central place in the collective life of Muslims.

2.    In modern times, however, mosques have been reduced only to the status of a place of worship where the Muslims go to offer the Friday prayers.

3.    The imams today are not equipped with modern knowledge to provide with necessary information or advice to the Muslims.

4.    Mosques can play a constructive role in the Muslim society and the Friday sermons can be an effective medium for propagating moral and social values. 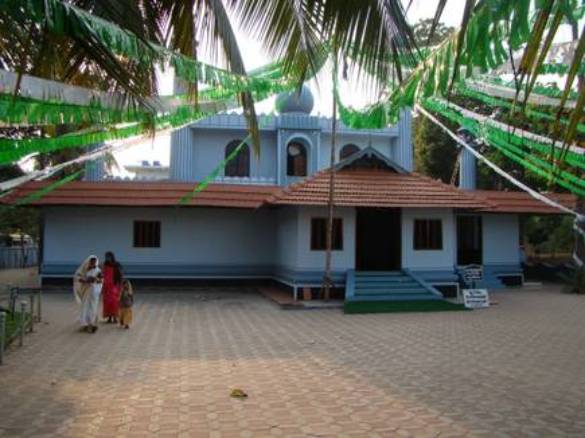 Mosques hold a special rather central place in the collective life of Muslims. In the initial period of Islam mosques were not only places of worship but also centres of learning. Important decisions regarding the Ummah were taken from the mosque. The holy prophet pbuh imparted moral and religious education from the pulpit of the mosques.

In modern times, however, mosques have been reduced only to the status of a place of worship where the Muslims go to offer the Friday prayers. A minority of Muslims visit the mosques for offering five times prayers.

Because of the limited use of mosques, it has lost its central character in the Muslim society. The majority of the imams or preachers in mosques have elementary knowledge of Islam which is though sufficient for them in fulfilling their duty as an imam, is not sufficient for them in guiding the Muslim community in the challenging global milieu when Muslims are faced with myriad problems.

If the mosques need to be the centres of collective Muslim society, the imams or preachers who hold an important position in the Muslim society too need to be well qualified not only in religious education but also well aware of the political and social affairs of the country so that they can form an independent opinion and guide the Muslim community accordingly.

Since the mosques are seen only as a place of worship, the imams and preachers are not required to be highly qualified since they are only required to lead five time prayers. They need to follow the decisions of the managing committee or act to the diktats of the Mutawalli of the mosque.

Also Read:  Friday Sermons to Educate Muslims on the Issues of Social Importance and Radical Elements

The worse, the mosques have become centres of sectarian ideology. The Friday sermons are mostly centred round sectarian issues which divide the Muslims along sectarian lines or spread hate among Muslims against other sects.

Most of the time, the preacher raises marginal, inconsequential issues in their Friday sermons. The issues they generally discuss are whether the holy prophet pbuh was Nur (light) or Bashar (human being), or should one say Ameen loudly or softly after Surah Fateha.

Since these issues and some others are sectarian in nature, the Muslims are divided on sectarian lines. The fundamental issues of economic development, character building, struggle against social evils like dowry custom, drug addiction, gambling etc are ignored.

In modern social condition poverty and unemployment are the main concerns for Muslims particularly but the mosques are not able to provide consultation to the Muslims for career development. The example of the prophet pbuh making an axe for an unemployed man so that he could cut wood from the forest and sell it for livelihood has been forgotten.

The imams today are not equipped with modern knowledge to provide with necessary information or advice to the Muslims.

Mostly the mosques have been used for propagating a particular ideology for a long time in the sub-continent. In Bangladesh, mosques had attached libraries. This could have revolutionised the Bangladesh Muslim society if the libraries had books on science, competitive material for jobs, career counselling and similar subjects but unfortunately the libraries had literature of a particular sectarian ideology which promoted extremism and sectarianism among the Muslims of Bangladesh. After Shaikh Hasina came to power, these libraries were closed.

Also Read:  Peddling Hate: Prejudice Developing In Muslim Youths by Listening to Friday Sermons by ahl-e-Hadeesi Imams, Zakir Naik and his Like

Ideally, the Friday sermons should be based in the message of the Quran in unity, education, brotherhood, rights of neighbours, on the need to do research and promote inquiry. But instead, the sermons before Friday prayers are based on sectarian ideology.

The Islamic organisations realised the importance of mosques and the power of Friday sermons and used this to spread their extremist ideology the world over. These extremist organisations trained imams and preachers in their ideology and planted them in mosques in Europe where they preached extremist and separatist ideas among the Muslims presenting the host countries as enemy territory.

This led to the growth of militantism and extremism in the European Muslim society. The European and American governments had to impose curbs and start surveillance to keep a tab on mosques. In France, the government conducted a nationwide inquiry on mosques and religious organisations and hundreds of mosques were closed on charges of spreading extremist ideas from the pulpit.

Not only Europe, a number of Islamic countries started monitoring Friday sermons in mosques. Turkey, Egypt, Saudi Arabia, Pakistan and Bangladesh are some of the Muslim countries where Friday sermons are monitored. The imams in some countries are suggested topics for sermons or given complete sermons which alone they can deliver.

Also Read:  Importance of Friday Sermon: Why does it have to be in Arabic

This situation has arisen because of the irresponsible behaviour of preachers.

India, Friday sermons do not promote extremism but spread sectarian hatred. There are only few mosques where imams discuss truly Islamic issues.

It is also a fact all the imams are not orators but still they think it their right to deliver a speech or sermon. For them. Imarat-e-Shariah, Bihar has compiled a collection of sermons meant for Fridays. Instead of delivering incoherent and meaningless sermons, such imams should read out the sermons from the collection.

In short, mosques can play a constructive role in the Muslim society and the Friday sermons can be an effective medium for propagating moral and social values and for creating opportunities for economic and social development of the Muslim youth and social harmony in the country.