Glorifying Taliban Has Its Price

1.    The Darul Uloom Deoband has set a new precedent.

2.    All the applicants will have to undergo verification by intelligence agencies and the police.

4.    Admission procedure in educational institutes may become difficult in future. 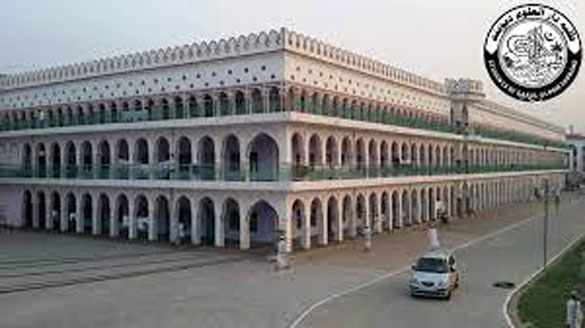 The Islamic seminary of India, Darul Uloom Deoband has made admission procedure more stringent this year. According to a news report in the Rediff.com, the students seeking admission in various courses in the seminary will have to undergo verification by the police and intelligence agencies. The report says:

"Students seeking admission this year will have to submit their documents including their Aadhar Cards, original residence certificates and an affidavit which would be checked and verified by government agencies including the local intelligence unit of the police, Darul Uloom Deoband's Naib Mohatmim (deputy Vice-Chancellor) said."

The official website of the Darul Uloom has a notice in Urdu posted on 28.04.2022 that mentions this along with other essential requirements.

This is a new precedent set by the Darul Uloom which will make admission in the seminary difficult as it would require verification of the applicant's credentials by the police which may cause unnecessary hassles to the applicant and his parents.

In an atmosphere where there is a growing tendency of hate and suspicion against Muslims, this will trigger a new problem for Muslim students. Taking a cue from the Darul Uloom Deoband, other schools, colleges and universities may make police verification of students compulsory and many students may be denied admission due to 'incomplete documents'. The verification process will entail visits to the local police stations by the parents or to the police station of the town where the institute is situated by the student or applicant.

According to the press release, the applicants belonging to bordering states like Jammu & Kashmir, West Bengal, Manipur etc will go through stricter 'investigation’. This will make every student a suspect.

However, the new rule of the verification of the applicant for ascertaining his criminal or non-criminal record will start a new trend in the country. Now students will be made to undergo a police investigation before admission.

Presently, a Police Clearance Certificate is needed when a student applies to a foreign university.

If it is a move envisaged by the Darul Uloom administration, it may be a result of the allegations that the seminary preaches extremism. To ensure that it does not have to face such allegations, it will pass the buck on the police and intelligence agencies for clearing the students.

Recently, in an article published in the Print (10 April, 2022), Praveen Swami had mentioned Sana ul Haque, the South Asia head of Al Qaida as a former student of Darul Uloom Deoband. He had later gone to Pakistan on a forged passport and joined the terrorist outfit Harkat ul Mujahideen, claimed Mr Swami.

It may be presumed that such reports may be behind the introduction of such rules iin the Darul Uloom. But scrutinising the credentials of students will be of no use when after joining the seminary, the students see his teachers glorifying the Taliban. Maulana Arshad Madani had glorified the Taliban after they came to power last year. When an Islamic scholar like him with millions of students, former students and followers glorifies the militant and violent ideology of Taliban, it may have bearing on the thought of the students.

This new rule will leave students at the mercy of intelligence agencies.

Instead of introducing such rules, the Darul Uloom Deoband should abstain from glorifying and openly supporting the Taliban and should condemn the inhuman and un-Islamic behaviour of Taliban and other terrorist organisations.