The Indian Muslim Must Back a Uniform Civil Code

The Rajinder Sachar Committee, in its damning report submitted to the government of India in 2006, put the status of the Indian Muslim "below the conditions of Schedule Castes and Tribes".

In education, employment, income level, representation in the government, and a range of other social and economic indicators, Muslims lag behind all other social groups in the country.

Despite seven decades since Independence, and six decades of Congress party in power -- a party that wants to be seen not just as a secular entity, but also as a friend and supporter of the minorities -- Muslim status in the country has continued to decline.

How does one explain this? And who should be responsible for such declining fortunes of a community that has, not in too distant past, ruled the country for over 200 years? 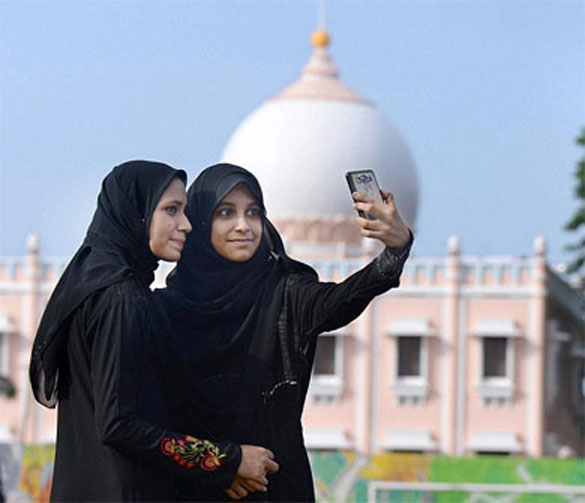 The new generation Muslim, educated and angry, blames the Congress.

He also blames Sangh Parivar, but not as much, because that body is well known to be anti-Muslim since its inception, and Muslims had little expectations of receiving any positive help from them.

Young Muslim anger is now reaching a point where Mahatma Gandhi and Pandit Nehru are also not spared from the blame.

The objective of this essay, however, is not to play the political blame game. That has been played far too long and did not change anything -- either for improving the stocks of Indian Muslims, or keeping the fortunes of political parties garnering Muslim support during elections.

The objective is to do a little introspection -- something that is not very popular among a majority of my fellow Muslims -- and see what other factors under our own controls may be contributing to the pathetic state of this community.

Having grown up in a traditional Muslim family, and having learnt the elements of faith, traditions, and culture first hand, obscurantism plaguing our belief system readily comes to mind.

It is said that the purpose of education is not to fill up a pail, but to light a fire.

In the light of that fire, when I see my faith, and scrutinise beliefs, I find that on a range of issues we have failed to bring our religious discourses to reality.

Dependence on medieval values and archaic conventions, continue to dominate our intellectual bandwidth on a range of topics governing customs, traditions, and personal laws.

There is a widespread belief in the community that the period of the Prophet was the perfect period in Islamic history, and we need to go back to that period.

Take for example the issues of Uniform Civil Code and triple talaq, which are currently the hot topics, once again, under the Bharatiya Janata Party-led rule.

It is no brainer that the laws that cover matters of marriage, divorce, property inheritance, and guardianship of children, must be a modern goal of a nation-state, and should therefore be uniform for all citizens.

Developed nations around the world have civil laws that are religion-blind and gender just.

Even among Muslim countries that follow Sharia laws, 21 of them, including Pakistan, have banned triple Talaq.

But Muslims of India generally oppose both (Uniform Civil Code and a ban on triple talaq) based on their interpretation of the Quran and/or belief in Sharia, which, in the words of London-based scholar Ziauddin Sardar 'is a set of ninth century customs and rules, which may or may not have served that society very well,' and is irrelevant in present times.

Not to ignore, there is some justifiable fear among Indian Muslims that through a Uniform Civil Code, the Hindu right is trying to take away Muslim rights.

Such fears increase when the BJP fans the flames of communal hatred, goes about erasing the Muslim history of India, and acts to reduce the status of the Muslims to second class citizens in their own country.

But it is also undeniable that a major factor behind Muslim opposition to the Uniform Civil Code is our clergy's inability to replace medievalism with modernity, or to strike a balance between the past and the present.

Critical thinking is very much needed among Muslims -- not just in defending Quranic edicts with modern science, but to accept the fact that some of the edicts had applicability for the Bedouins of Saudi Arabia and have no relevance to contemporary societies.

In their resistance to modernity, Muslim hardliners enjoy a significant support from numerous well-meaning liberal and highly qualified non-Muslim friends and NGOs, advancing the cause of secularism in India. That is astounding.

Whether such support is to underscore their secular credentials, or to record opposition to the BJP/Rashtriya Swayamsevak Sangh ideology, or foster their business interests, a 'no strings attached' backing from 'friends', given to wrong causes, results in deepening the widespread impression that Muslims are a regressive community steeped in feudal values.

This further increases the community's isolation, sharpens communal hostilities, and adds to its social woes.

It is said a true friend never gets in your way unless you happen to be going down.

With its refusal to accept modern social values, which progressive communities around the world have accepted, the Indian Muslim community is virtually going down the slope of progress.

We need the help of our friends, more than ever, to stop that slide. Showing favours out of fear, or self-interest, is not help.

So 'friends,' begin by ending your support to our medieval laws. Your valuable, sincere and honest guidance -- without pandering or provoking -- is all that we seek.

That alone will help us join the rest of our non-communal and deeply secular fellow citizens on board the progress train.

Najid Hussain is a marine scientist, who works at the University of Delaware. He is the son-in-law of former Member of Parliament Ahsan Jafri, who was murdered by a mob in Naroda Patiya in Gujarat during the riots of 2002.