The Rise and Fall of A Spiritual Rebel, Ghulam Ahmed Parvez

He would repeatedly ask why all this ritualism isn’t creating the kind of a society that Islam’s holy book talks about.

He would often be advised by his worried elders to keep his inquires to himself. But Parvez continued to study the Quran and other Islamic literature under various religious scholars to look for answers to all that was perturbing him. He then went on to bag a Master’s degree from the Punjab University in 1934. 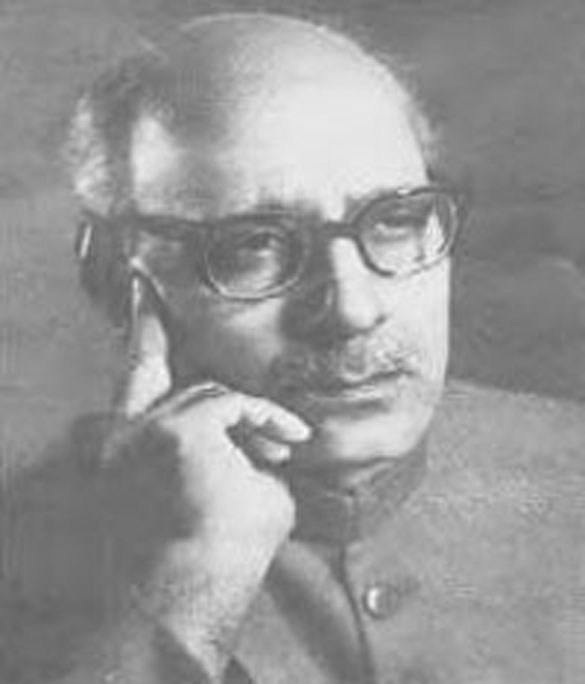 As a young man, Ghulam Ahmed Parvez would frequently wonder: why is the unvarying practice of Islamic rituals by Muslims not creating more upright men?

Ghulam Ahmed Parvez was now on his way to becoming one of the most well-informed and prolific Islamic scholars in South Asia. When he migrated to Pakistan in 1947, he rapidly rose to become a prominent figure on the rationalist sides of the Islamic discourse in the country.

Consequently, he also became a controversial thinker who would often clash with the traditionalists and the so-called obscurantists until the early 1980s when he finally slipped into a state of disillusionment and self-doubt, passing away as a broken old scholar in 1985.

What would our society have been like if Ghulam Ahmed Parvez’s unique message had not been rejected half a century ago?

In the 1930s, after mastering the works of some of Islam’s leading scholars and texts, Parvez moved towards studying the faith’s esoteric strains, such as Sufism.

He also managed to strike a friendship with famous poet and philosopher, Muhammad Iqbal, and took him as a mentor.

His relationship with Iqbal helped the young Parvez come into contact with Muhammad Ali Jinnah —­­ the future founder of Pakistan.

Impressed by the young man’s intellectual energy and prowess, Jinnah asked Parvez to edit an Urdu weekly, Tulu-i-Islam — a magazine Jinnah’s All India Muslim League had begun to use to fend off the attacks Jinnah and his comrades would face from orthodox clerics and anti-Jinnah Islamic parties who accused him of being a ‘fake Muslim’.

In one of his editorials, Parvez claimed that Islam (unlike other monolithic faiths) was not supposed to be an organised religion. He maintained that Islam’s holy book is a philosophy that goes beyond rituals and that anything practised or believed by Muslims that was outside the holy book was a fabrication.

According to Parvez, a majority of Muslim traditions were concocted by forces who wanted to portray the faith as being amoral and violent.

Parvez had become a prominent ‘Quranist’ — someone who rejects any Islamic text that was not part of the Quran.

Understandably the orthodox clergy and scholarship labelled him as a ‘heretic’, but Jinnah insisted that Parvez was to be the one to edit Tulu-i-Islam.

One of the first cover features to appear in the magazine (under Parvez) was titled, ‘Mullahs have hijacked Islam.’ In it Parvez lambasted conservative Islamic parties and the clergy as being ‘agents of rich men’ and the enemies of the well-being and enlightenment of common Muslims.

After the creation of Pakistan in 1947, Parvez became part of the Muslim League government but retired in 1956 to concentrate on his scholarly work.

In 1961 Parvez created an uproar of sorts in the ranks of the orthodox Islamic scholars when he attempted to popularise the saying of the Muslim prayers (Namaaz) in Urdu, a language he said most Pakistanis understood (unlike Arabic).

In the 1930s, modern Turkey’s founder, Kamal Atta Turk, had already attempted to introduce prayers and the call for prayer (Azaan/Baang) in Turkish. Parvez wanted to repeat the experiment in Pakistan with Urdu.

Though Parvez’s idea was initially supported by the Ayub Khan regime (1958-69), the government soon backed out when Parvez was vehemently attacked by conservative religious parties and scholars.

Undeterred by the criticism that was being continuously hurled towards him by religious parties and conservative Islamic scholars, Parvez kept emphasising and propagating his views through a number of books and lectures.

In the 1960s when a group of young leftist intellectuals led by Hanif Ramay was working on an ideological project to merge socialism with the Quranic concepts of justice and equality, the group incorporated a number of ideas that were first aired by Ghulam Ahmed Parvez.

The group would go on to join the PPP in 1967 and the resultant project would emerge as ‘Islamic Socialism.’

Throughout his career, Parvez not only managed to invite the wrath of the conservatives from within Pakistan, but also in various other Muslim countries.

For example, in the mid-1970s his books were banned in various Arab states — especially the UAE and Saudi Arabia, countries that were (and still are) ruled by monarchies belonging to the more rigid strands of the faith.

Parvez responded to the bans by accusing the Arab monarchies of behaving like ancient Muslim kings who had used ‘fabricated religious traditions’ to justify their rule, subjugate the people and demonise their opponents.

By then Parvez had even begun to upset some of his supporters as well. Though the conservative Islamic scholars had continued to lambast him for ‘undermining the institution of Islamic tradition,’ and the clergy, a few progressive Islamic scholars began to complain that his writing style was coarse and that he was too much in favour of using his interpretations of Islamic scriptures to create a leftist political ideology.

Parvez’s ‘leftist’ stage lasted till about the late 1970s in which he continued to insist that religious rituals and laws based on ‘non-Quranic traditions’ were contrary to the revolutionary as well as the rational spirit of Islam’s holy book.

If one continues to study Parvez’s writings beyond those that he wrote prior to the mid-1970s, one is bound to notice that some time from the late 1970s onwards his views had already begun to move away from his Islamic interpretations of leftist ideologies.

Interestingly, a detailed 1979 essay that I managed to glance through some two years ago (that did not carry a by-line), actually accused Parvez of being ‘pro-West’ (because he had suggested that modern-day (Western) scientists were closer to the holy book’s emphasis of enquiry and progress than the ulema and the clerics).

Though he was still being hailed by many labour unions as a pro-workers’ Islamic scholar, he was, however, attacked with shoes in 1978 during a lecture that he was delivering at a function organised by the Mughalpura Railway Workers Union.

Some of his supporters suggested that his move towards becoming ‘pro-West’ and ‘pro-capitalism’ provoked the attack, but a report in Urdu daily, Nawa-i-Waqt, quoted some of the participants claiming that the attack was engineered by his conservative opponents.

Though by now, the Machiavellian and reactionary General Zia ul Haq had become the new ruler of Pakistan (after toppling Z.A. Bhutto’s regime in July 1977), he resisted the demands of Parvez’s right-wing opponents to declare him and his followers’ heretics.

Maybe Zia had already sensed that Parvez was getting old and posed no threat to his ‘Islamisation’ project?

In the early 1980s, when Parvez entered the 80th year of his life, he began to rediscover the Sufism that he had first studied in the 1930s.

In 1983, he dropped out from the mainstream and decided to visit Makkah to perform Haj. And did that by refusing to wear any footwear whatsoever throughout the trip. He roamed the streets of Madina barefooted and alone.

In spite of the fact that the Zia regime discouraged book-stores from selling his books and Parvez was now too old to give lectures, his previous lectures began appearing on audio-cassettes.

But Parvez was slipping into depression and disillusionment. Not only due to the political triumph of the obscurantists he had battled for over four decades, but perhaps also due to the ultimate failure of his own hectic intellectual project that desired the creation of a progressive and socialist Muslim society based on the egalitarian concepts of the holy book and modern scientific thinking.

In 1985, suffering from self-doubt, disillusionment and intellectual exhaustion, Parvez quietly died at the age of 83. The news of his death was only briefly reported in the press.